Holmes and Watson at Pebble Beach 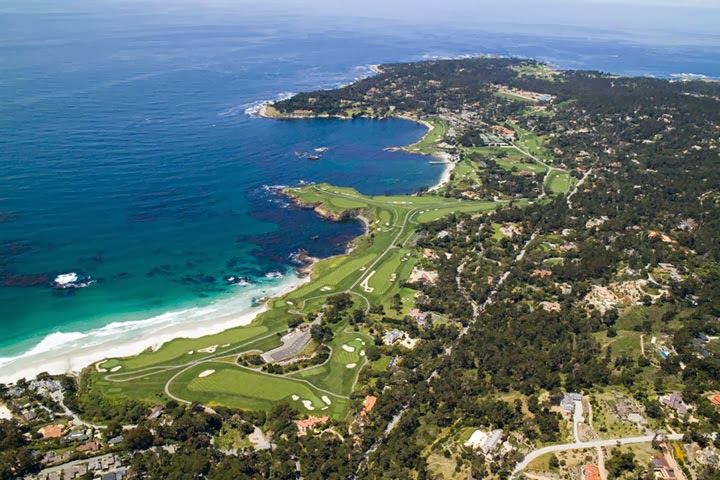 We understand that there will be a sighting of Holmes and Watson at the annual Pebble Beach Pro-Am Golf Tournament today.

No, not Sherlock Holmes and Dr. Watson but rather J.B. Holmes and John Watson, who will be making an appearance on the Spyglass Hill course. Holmes will be paired up with David Gill, and Watson, an amateur, will be paired with pro Retief Goosen.

As you may know, Arthur Conan Doyle was a lifelong golfer. In his first North American tour, he stayed with Rudyard Kipling in Vermont, where the two enjoyed some golf together. As Conan Doyle recounted:


“I had brought up my golf-clubs and gave him lessons in a field while the New England rustics watched us from afar, wondering what on earth we were at, for golf was unknown in America at that time.”

And it was golf that was indirectly responsible for the resurrection of Sherlock Holmes. One weekend in Cromer, along the Norfolk coast, Doyle engaged in a round of golf while staying at the Royal Links Hotel. That round was shot with Fletcher Robinson, who inspired him to write The Hound of the Baskervilles.

At any rate, it will be refreshing to see the names of Holmes and Watson televised throughout the Pebble Beach Pro-Am today. And here's hoping that the players take their golfing advice from Sir Arthur: