We all have an idealized image of Sherlock Holmes in our minds. Whether we were first introduced to the physical appearance of Sherlock Holmes as portrayed by Basil Rathbone, Peter Cushing, William Gillette, Jeremy Brett, Benedict Cumberbatch, Frederic Dorr Steele or Sidney Paget - or perhaps a version of our own imagination if we first read the Canon in a text-only format - each of us pictures Holmes in our own unique way when we read.

It was a surprise to us then, when we happened upon the image above that's the result of MorphThing.com - a site that combines two images into one. We thought the face looked oddly familiar - we could see some definite features of certain actors that have played Sherlock Holmes - but not quite on the mark of any single one.

In this case, we discovered the process must have been performed twice, as we were told that the image is the result of combining Robert Downey, Jr., Benedict Cumberbatch, Jeremy Brett and Basil Rathbone. It certainly makes for a pretty Sherlock Holmes.

Now all we need is another tool that takes the best part of each of their characterization of Holmes and combines that into one actor... 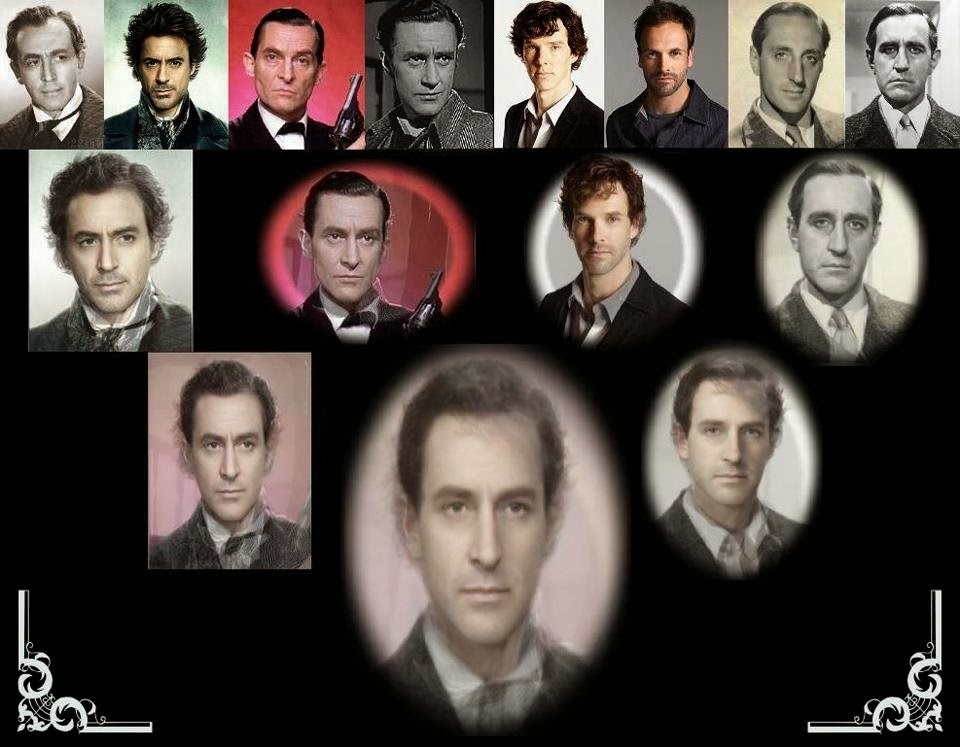