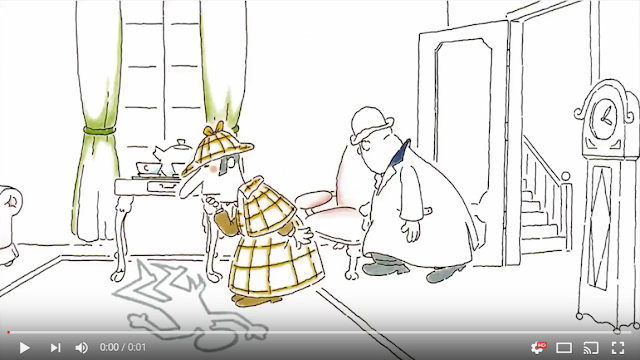 In a recent New York Times article, the question of the rights of the characters in the Sherlock Holmes stories was investigated ("For the Heirs of Holmes, a Tangled Web").

As any news story about the rights to Sherlock Holmes does, this one included the name of Andrea Plunket, the widow of Sheldon Reynolds, who claims to hold some copyrights, despite being denied repeatedly by U.S. federal courts. Of course, Sheldon Reynolds was the producer of the 1950s Sherlock Holmes series starring Ronald Howard. You can find the complete series by clicking here

And as Plunket goes, so goes Lellenberg: Jon Lellenberg, BSI ("Rodger Prescott") manages the literary estate of the Conan Doyle family here in the U.S. and he's more than familiar with Ms. Plunket's claims. However, it would seem that he's not familiar with a use of Sherlock Holmes in some recent advertising - something that he said "definitely should" be licensed:


Asked about a recent Red Bull television commercial that features a cartoon Holmes and Watson, Mr. Lellenberg said he had not seen it. “Very interesting,” he said. “News to me.”

Here, for your consideration (and for Jon's as well) is that Red Bull ad.

And speaking of advertising, you might pick up a copy of the 2009 Baker Street Journal Christmas Annual, "Did You Notice Nothing Curious About That Advertisement?" In it, Peggy Perdue takes a look at the various incarnations of Holmes in the marketing and advertising world.
1/21/2010 12:44:00 AM
blog, Conan Doyle, fun, News, video