The First Day of the 2010 BSI Weekend 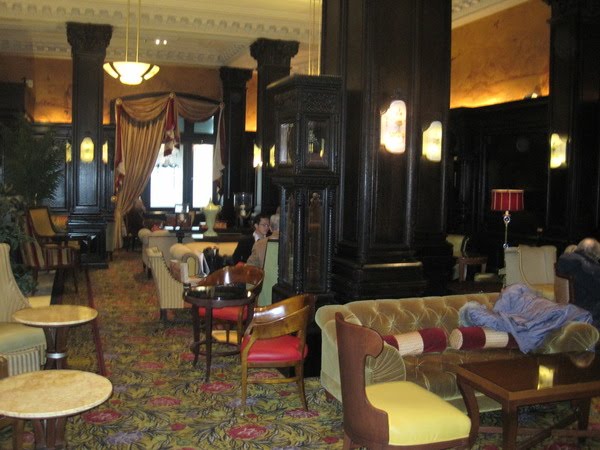 The first day of the BSI weekend has kicked things off nicely. We arrived to the Algonquin Hotel mid-morning just in time to see the Christopher Morley Walk getting started on the streets of New York.

The lobby was fairly quiet, but there was a a table of longstanding friends and Holmesians gathered, including Susan Rice ("Beeswing"), Marilyn MacGregor ("V.V. 341"), Jon Lellenberg ("Rodger Prescott") and Susan Dahlinger ("The Bruce-Partington Plans").

We were soon joined by Curtis Armstrong ("An Actor and a Rare One"), John Baesch ("State and Merton County Railroad"), Scott Bond ("The Copper Beeches") and Sherry Rose Bond ("Violet Hunter"). We were able to briefly get caught up on families, jobs, retirement and general friendly chatter.

Lunchtime saw us first at the National Arts Club for the lunch of the Sacred Six, and then directly next door at The Players for the Lunch of Steele, in memory of Frederic Dorr Steele, illustrator of some of the Sherlock Holmes stories. A member of The Players for 40 years, his artwork was on display and his pool cue was still in its holder. The group enjoyed receiving the first lapel pin for the Three Hours For Lunch Club - the precursor to the Baker Street Irregulars. 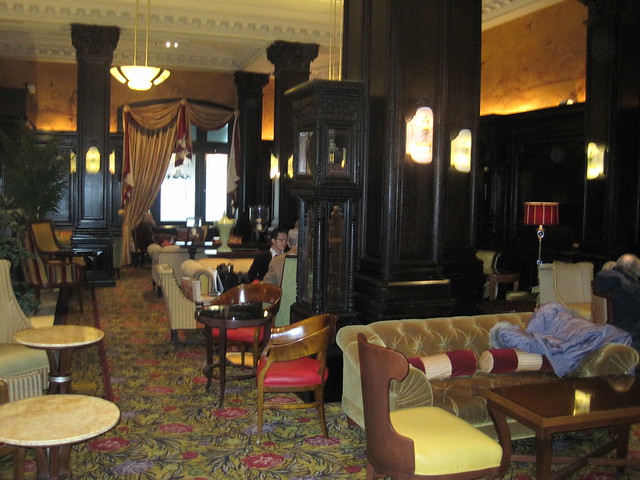 At the Williams Club, the annual Morley-Montgomery Award for the best article in the Baker Street Journal, was given to Marshall S. ("Mike") Berdan, a contributor for more than 30 years, won for his Spring 2009 article on "The Mazarin Stone". The award was presented at a reception sponsored by the Baker Street Journal, attended by many of the past year's contributors. While the gathering included many seasoned "regulars" who write frequently for the Journal, also present was 18-year-old Lucy Kiefer, whose first Sherlockian paper appeared in the Summer issue.

As the evening drew closer, it was time for the BSI Distinguished Speaker series, and this outing brought us an archivist - one Joan Winterkorn, a valuation expert with Bernard Quaritch of London. She spoke about some of the great archives she had known, including the papers and correspondence of seven generations of the John Murray publishing family.

The latter include most of Lord Byron's important manuscripts and letters as well as much correspondence with Arthur Conan Doyle. The Distinguished Speaker lecture was graced with the attendance of two previous Distinguished Speakers, Sir Christopher Frayling and Laurie R. King, as well as dozens of Sherlockians. It was a bibliophile's dream.

After the lecture, people formed small groups and found their way to local restaurants, savoring perhaps the last intimate moments before the festivities really kick into full gear tomorrow.