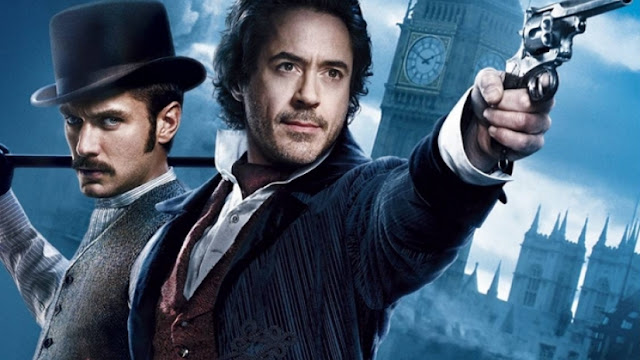 For the three of you who may not have yet heard the news, Robert Downey, Jr. received a Golden Globe award for his role in the recent film Sherlock Holmes.

His award was for Best Actor in a Comedy or Musical (!). Since the film wasn't a musical, we're assuming the august and all-wise members of the Hollywood Foreign Press Association (HFPA) put the latest interpretation of the immortal detective in the comedy category. We should all have such a sense of humor.

In his unconventional acceptance speech, Downey—who still refuses to wear a tie—thanked almost no one. For a while, he seemed to play on the ego for a while, perhaps even channeling a bit of Holmes in his remarks. But then, to the delight of Sherlockians everywhere, he supplied a quote to the HFPA:


"There's a Holmes quote by Conan Doyle—who was a genius, by the way—and he said 'Art in the blood is liable to take the strangest forms.' That is why I'd like to thank the Hollywood Foreign Press - 'cause they're a strange bunch and now I'm one of 'em."