“the one fixed point in a changing age” [LAST] 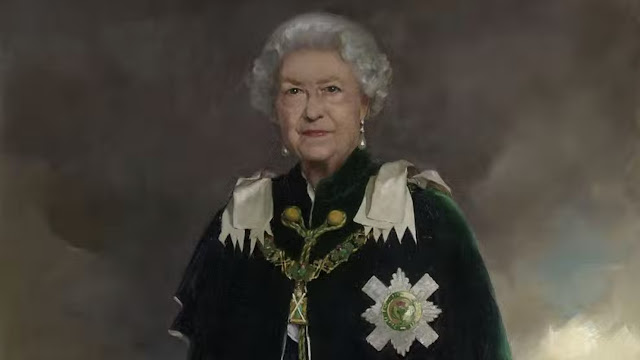 It is with great sadness that we acknowledge the passing on 8 September 2022 of Her Majesty the Queen, aged 96.

Her formal title was Elizabeth II, by the Grace of God, of the United Kingdom of Great Britain and Northern Ireland and of Her other Realms and Territories Queen, Head of the Commonwealth, Defender of the Faith.

She served as monarch for over 70 years — the longest-reigning British monarch in history — beginning on 6 February 1952, upon the death of her father, George VI.

Her son Charles, first in line for the throne, serving as Prince of Wales for decades and waiting 73 years for the job he was born for, is now King Charles III.

The accolades and chronicles across the web are plentiful; we can't add anything to those. But for Sherlockians, who tend to be Anglophiles and have a deep appreciation for Her Majesty, the loss is a significant one.

Queen Elizabeth II has been the only British monarch most of us remember in our lifetimes. She took the throne in 1952: the Baker Street Irregulars had existed for only eighteen years; Edgar W. Smith was still at the helm, it was five years before Christopher Morley's death, and only 22 years since Sir Arthur Conan Doyle's passing.

She's been toasted, honored, and celebrated at numerous Sherlockian society meetings over those decades, often concluded with the singing of the National Anthem, which will now revert to "God Save the King."

During her lifetime, the pace of progress and change was remarkable. Technology, science, medicine, media — every one of these industries saw exponential growth and change.

And yet, she remained in place, a steadfast and unswerving presence. She managed to move the monarchy in a modern direction as well, allowing her Coronation to be broadcast, dealing with impact of centuries of imperialism around the globe, and even softening to allow a public show of grief and solidarity upon the death of Diana, Princess of Wales in 1997 and more recently, the passing of Prince Philip in 2021.

As an individual, she seemed almost universally loved around the world.

When we think about it, the assured presence of Queen Elizabeth II over the decades mirrors the continued existence and enjoyment of Sherlock Holmes as well.

From the stuffy male-only societies of yore (some of which still gasped for breath well into the 21st century) to the  lightning-fast interactions we now have online, Sherlockians continue to evolve our passions that center around that "one fixed point in a changing age" mentioned in "His Last Bow." Although for us, it's the entire Canon that's the fixed point, not just Watson.

"England is England yet, for all our fears—
Only those things the heart believes are true."

As the monarchy executes its well-planned series of events and protocols, it stands as an institution, assuring us that despite the upheaval of an entire age — the Elizabethan Age — life will continue.

During the timeline of his adventures, Sherlock Holmes saw the transition from Queen Victoria to King Edward VII, and then to George V. And so it goes today.

The Queen is dead. Long live the King!

Send him victorious,
Happy and glorious,
Long to rein o'er us,
God Save the King!