Review: Sherlock Holmes and the Hound of the Baskervilles

“he has a picture-book under his arm” [GREE] 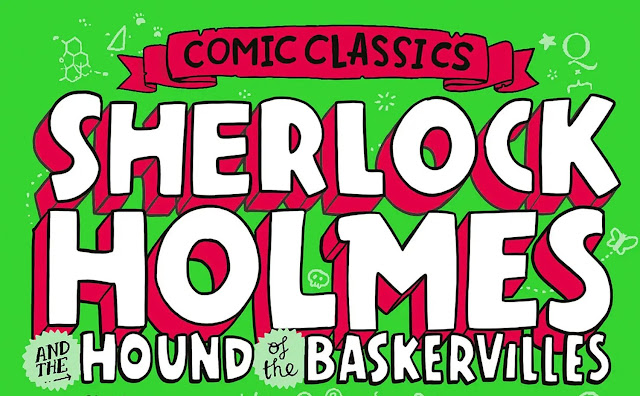 It's the way the world works. I wrote a survey of all of The Hound of the Baskervilles graphic novel adaptations, and as soon as I'm done, I find another one.

Sherlock Holmes and the Hound of the Baskervilles is an "old book by Arthur Conan Doyle" featuring "new doodles by Jack Noel."

Although labeled a "Comic Classic," I was somewhat relieved to find that this isn't really a comic. 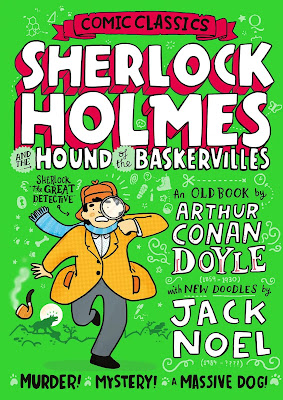 Instead, this enjoyable read is formatted in illustrated diary format, as made popular by Diary of a Wimpy Kid and its many imitators. 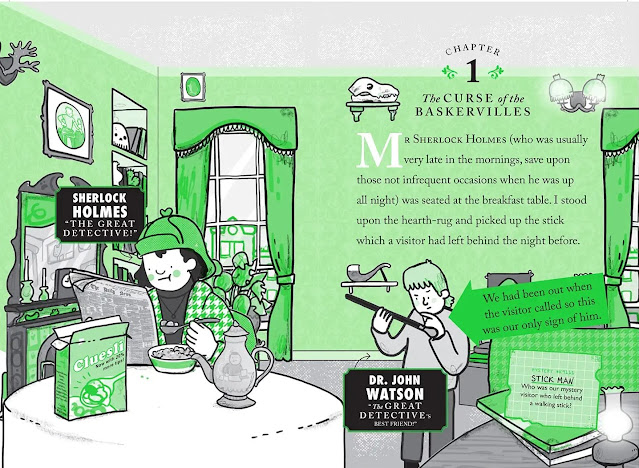 Text; small, cartoony images; character portraits; and various diagrams are scattered across the pages in such a way that there's always something new to look at. Plus, there are occasional comments on the action, often in joking fashion. 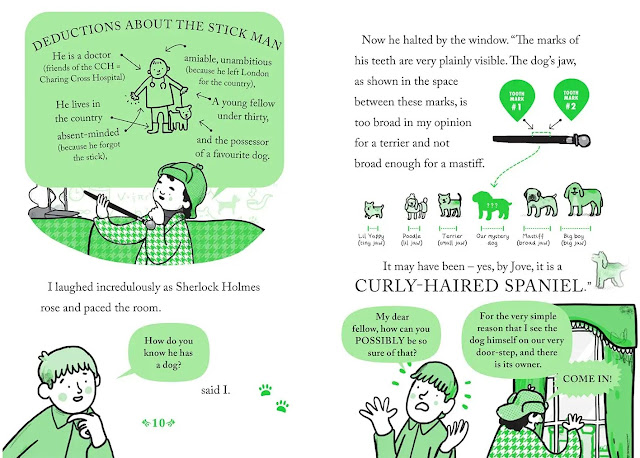 The whole thing is punctuated by the use of an electric lime color that adds to the air of something creepy going on. Various captions, drawn to resemble post-it notes, highlight questions and clues that underline the mystery.

It's an amusing, modern way to tell the story for kids. I laughed several times, particularly when Watson's statement, "I spent the day at my club and did not return to Baker Street until evening," had a tiny note attached that ran, "Yes, I have my own life without Sherlock, thank you very much." 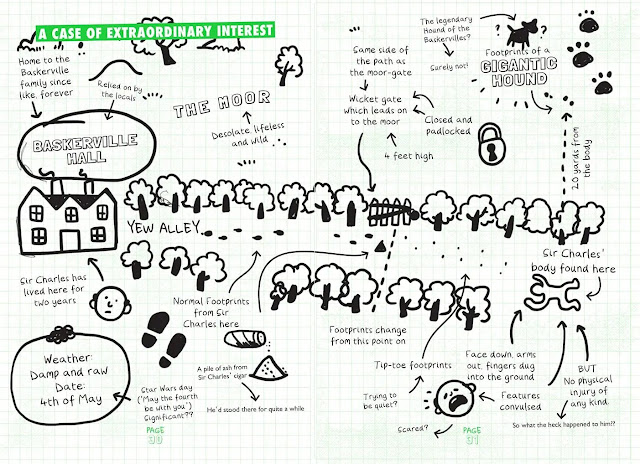 The sense of humor is appreciated, but the author also maintains the classic mood of the story, with plenty of spookiness and all the key points included. The additions are cute, entertaining, and surprisingly informative, giving the reader greater understanding of what's going on. It's a fun way to reread the most famous Sherlock Holmes story.

The publisher recommends the book for ages 7-9 and has posted an activity pack.

Comic Classics: Sherlock Holmes and the Hound of the Baskervilles abridged by Lucy Courtenay, designed and illustrated by Jack Noel, published by Farshore, November 2021