“The facts are briefly these” [SCAN] 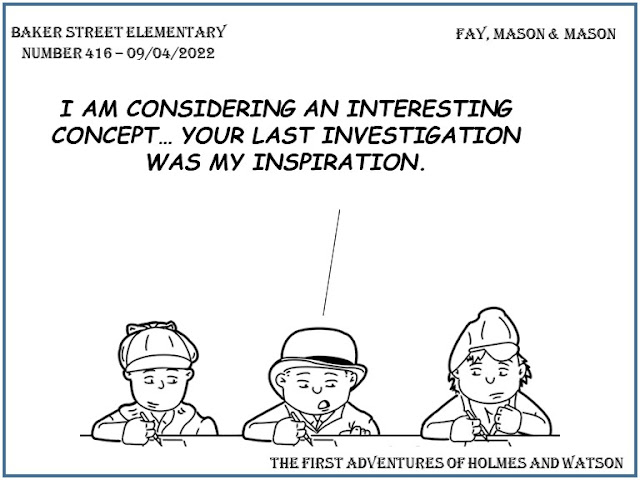 Once Sherlockian scholarship took off in the 1930s and early 1940s, the collective writers (who were many — remember Christopher Morley's observation that "Never before had so much been written by so many for so few") must have tired of writing out the full story titles again and again.
So the intrepid Jay Finley Christ, BSI ("The Final Problem"), who needed to save space in his 1947 volume An Irregular Guide to Sherlock Holmes of Baker Street,  created a standardized four-letter abbreviation for the stories.
In fact, we carry a copy of that very list for easy reference. You can find it at ihose.co/ABREV.
Christ's basic principle was simple: the abbreviation is the first four letters of the story's title, leaving aside phrases like "The Adventure of." He listed them alphabetically, from ABBE for "The Abbey Grange" to YELL for "The Yellow Face."
A few problems arise with the four-letter rule, most obviously the fact that three stories begin with the word "Three." Christ solved that one easily by using numerals in the stories where there might be confusion: 3GAB for the Gables, 3GAR for the Garridebs, 3STU for the Students.
He didn't do the same thing for "The Five Orange Pips" or "The Six Napoleons" because there's only one five and one six. And "The Sign of the Four" is SIGN, with no numeral needed.
And lest you think that these choices were capricious or confusing, Christ was a professor at the University of Chicago, home of the famed Chicago Manual of Style. The manual indicates that "whole cardinal numbers from one through one hundred, as well as ordinals, are spelled out in nontechnical contexts." Indeed, Christ was working from academic and legal precedents for his abbreviations.
As you know, all good systems have a few exceptions, and Christ's was no different. He chose CHAS for "Charles Augustus Milverton," because that was a recognized abbreviation for Charles; and ENGR for "The Engineer's Thumb."
And in three instances he apparently ignored introductory words, deeming them as insignificant as "The Adventure of." So we have IDEN for "A Case of Identity," LAST for "His Last Bow," and TWIS for "The Man with the Twisted Lip." In each case, the word with the most significant meaning for that story takes precedent.
That's the long and the short of it, anyway. Let's see how Baker Street Elementary grapples with it... 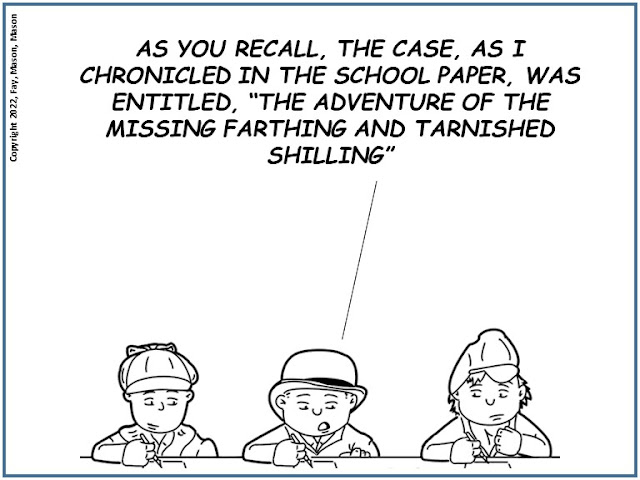 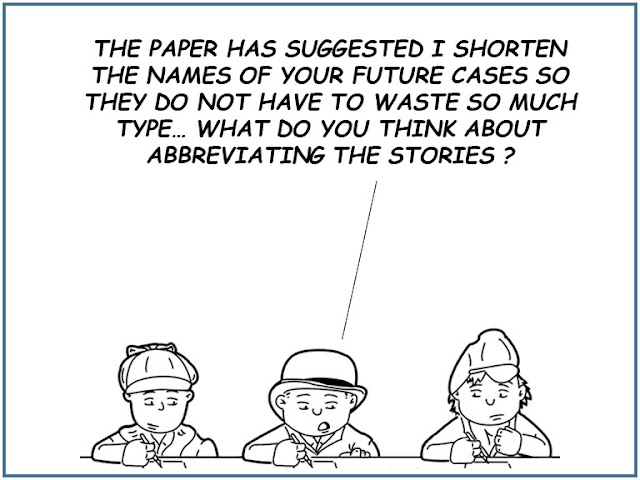 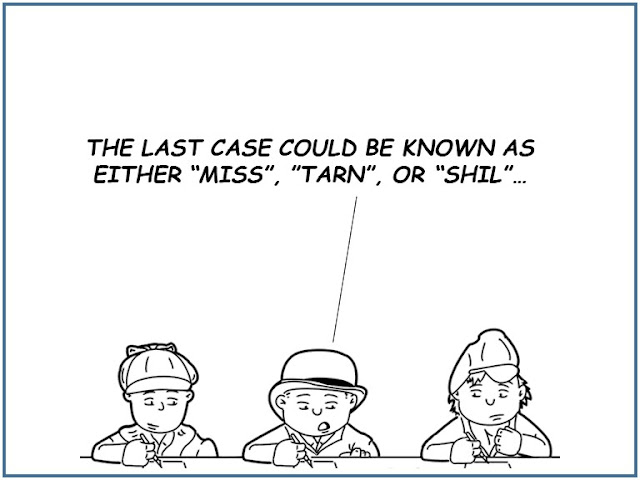 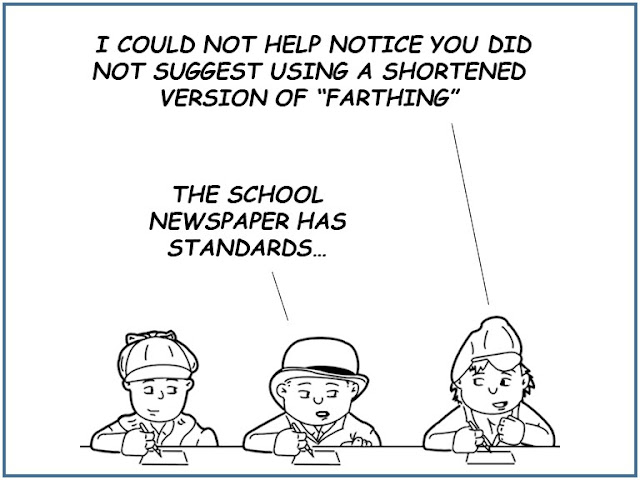 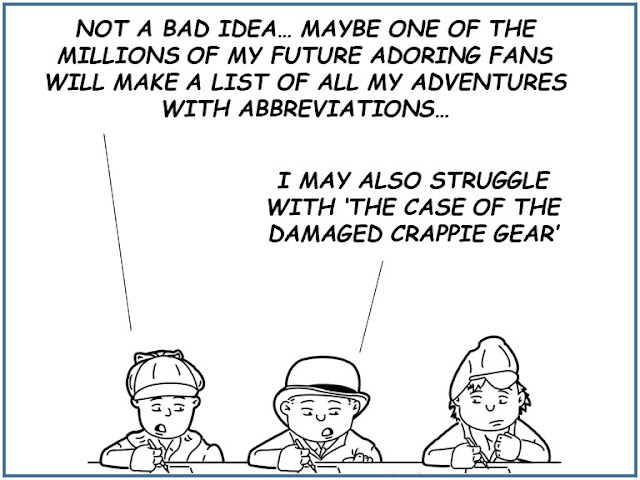