“Some Freaks of Atavism” [HOUN] 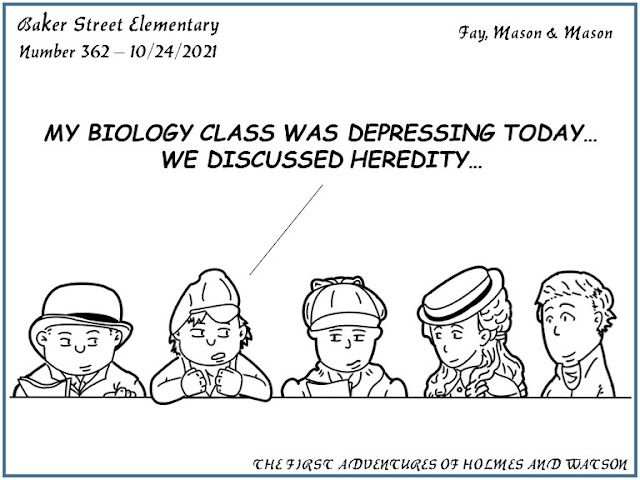 The conversations at Baker Street must have been fascinating. Watson doesn't share everything with us, naturally — there must have been too many discussions to document.
But Watson does give us a wonderful example from one summer evening's conversation that he says was all over the place:

"[T]he conversation...had roamed in a desultory, spasmodic fashion from golf clubs to the causes of the change in the obliquity of the ecliptic, came round at last to the question of atavism and hereditary aptitudes. The point under discussion was, how far any singular gift in an individual was due to his ancestry and how far to his own early training."

Ah, the old nature vs. nurture argument. Unsurprisingly, Sherlock Holmes gave credit to both his bloodline and his focused application of his studies. But given his admiration for and introduction of Mycroft, he makes it clear that he puts more weight on heredity.
Indeed, heredity is at least a factor in the background of the character and actions of certain criminals he encountered.
Consider the penchant for violence in the Roylott family, as relayed by Dr. Grimesby Roylott's stepdaughter, Helen Stoner in "The Speckled Band":

"But a terrible change came over our stepfather about this time. Instead of making friends and exchanging visits with our neighbours, who had at first been overjoyed to see a Roylott of Stoke Moran back in the old family seat, he shut himself up in his house and seldom came out save to indulge in ferocious quarrels with whoever might cross his path. Violence of temper approaching to mania has been hereditary in the men of the family, and in my stepfather’s case it had, I believe, been intensified by his long residence in the tropics."

Sherlock Holmes admired the intelligence of his arch-nemesis Professor Moriarty, but acknowledged in "The Final Problem" that the professor fell victim to his genetics:

"At the age of twenty-one he wrote a treatise upon the Binomial Theorem, which has had a European vogue. On the strength of it he won the Mathematical Chair at one of our smaller universities, and had, to all appearance, a most brilliant career before him. But the man had hereditary tendencies of the most diabolical kind. A criminal strain ran in his blood, which, instead of being modified, was increased and rendered infinitely more dangerous by his extraordinary mental powers.

And we find that the criminal in The Hound of the Baskervilles was discovered because of a family portrait. Holmes pointed out the portrait of Hugo Baskerville to Watson, who saw something of Sir Henry in it. But when Holmes covered Hugo's hat and hair with his arm, it became clear who it resembled:

“Good heavens!” I cried, in amazement.


The face of Stapleton had sprung out of the canvas.


“Ha, you see it now. My eyes have been trained to examine faces and not their trimmings. It is the first quality of a criminal investigator that he should see through a disguise.”


“But this is marvellous. It might be his portrait.”


“Yes, it is an interesting instance of a throwback, which appears to be both physical and spiritual. A study of family portraits is enough to convert a man to the doctrine of reincarnation. The fellow is a Baskerville—that is evident.”

When it came to the measure of his criminal counterparts, Sherlock Holmes appreciated the role of genetics to point him in the right direction.
Now let's dive into the gene pool at Baker Street Elementary, where as usual, we find Wiggins in the shallow end... 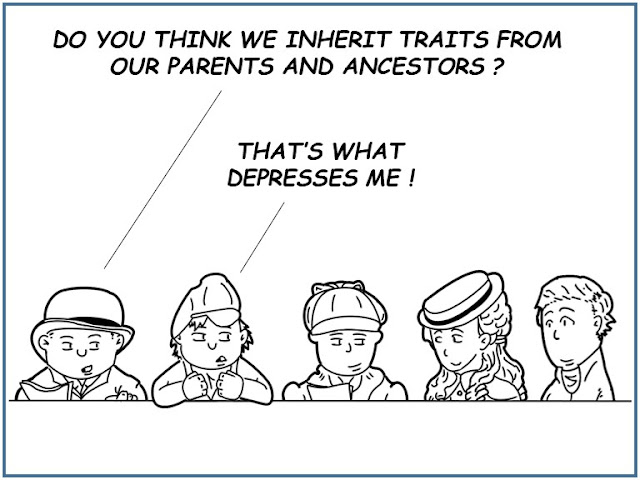 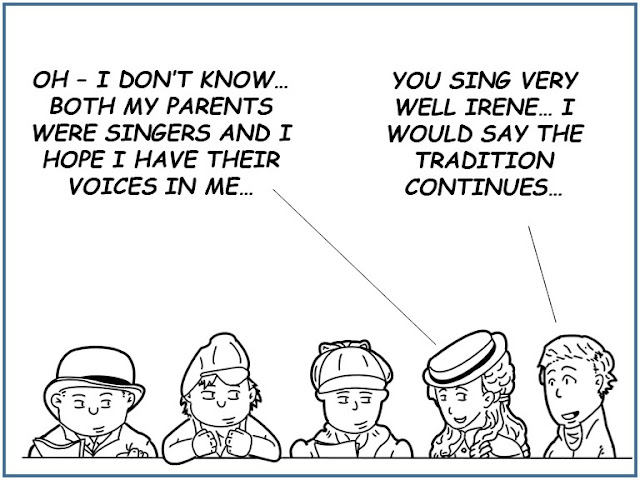 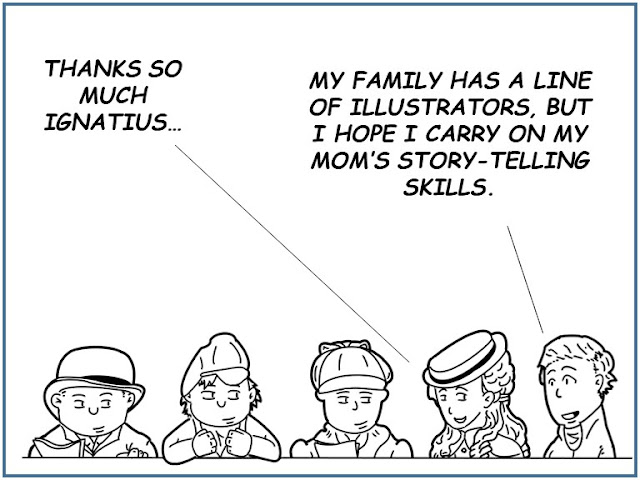 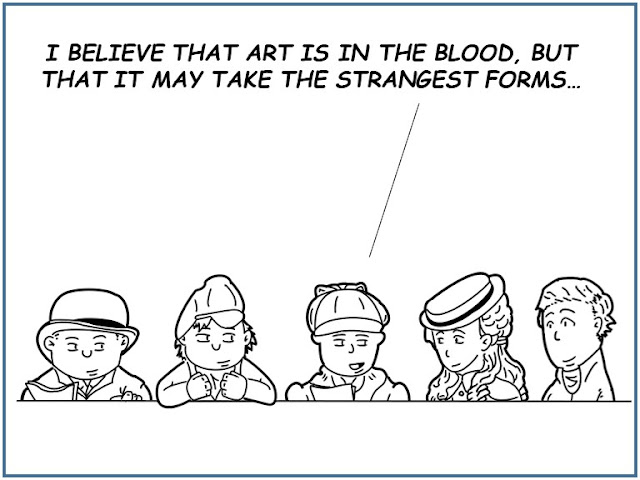 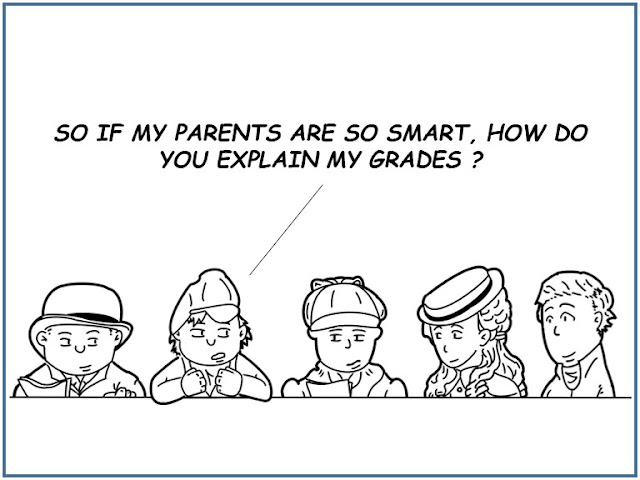 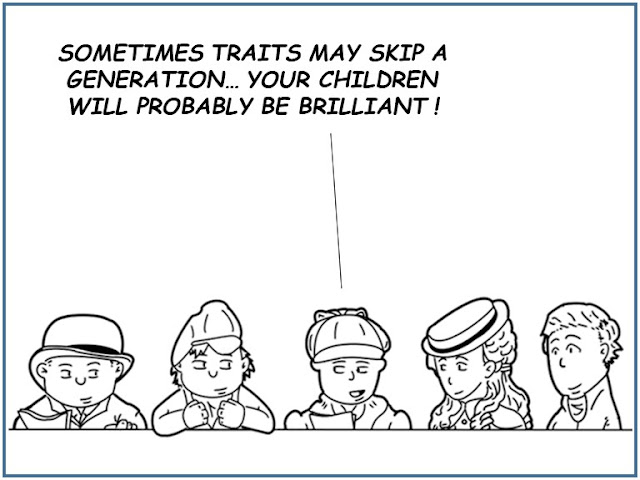 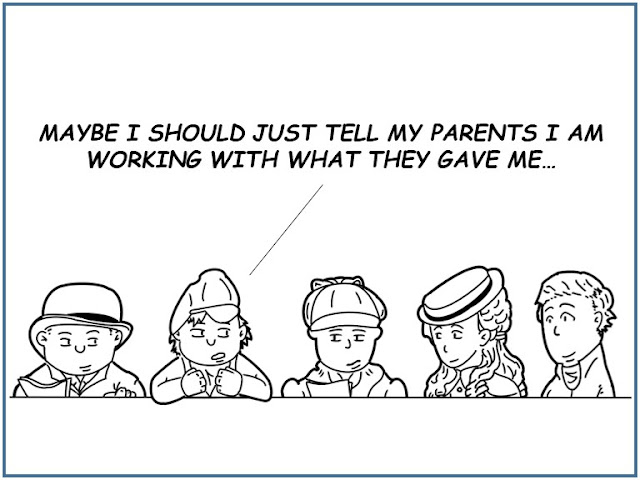