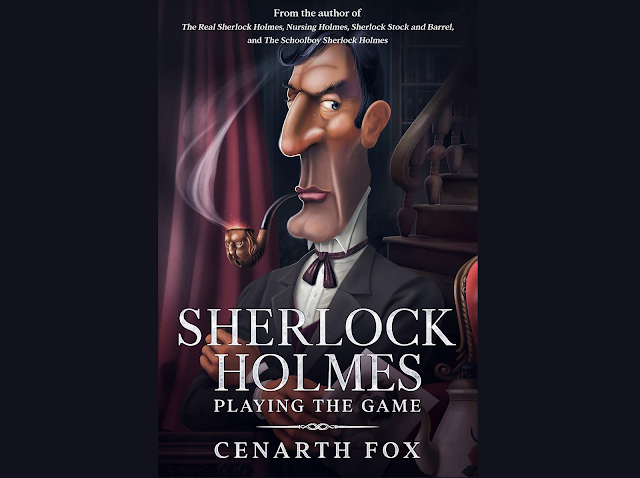 In Sherlock Holmes: Playing the Game, Cenarth Fox takes this approach to ludicrous but amusing extremes. It's a comedic meta-story, stuffed with facts and historical details.

A seventy-something Holmes is packing for his retirement in Sussex when Mrs. Hudson reveals that she's written a book about the mistakes he and Watson have made. He wants to stop publication at any cost, while she's determined to make her literary debut.

Things spiral out of control when she visits the editorial staff at the Strand Magazine. They send her to meet Sir Arthur Conan Doyle, who thinks the old woman is deluded, since she thinks his creation is real. The editor loves the manuscript but can't find the writer. Sir Arthur is grumpy about the criticism of his writing and what he believes to be annoying fans. Meanwhile, Holmes and Watson bicker while trying to find the book.

Readers who wonder about Doyle's grasp of details will enjoy seeing many of the bobbles mentioned here, whether it's the location of Watson's wound or the question of his wife's name. The story drags a bit in the middle—I'm not sure this idea and its working-out needed 180 pages—but the concept is ridiculously fun. It's a caper spurred by love of the characters, errors and all.