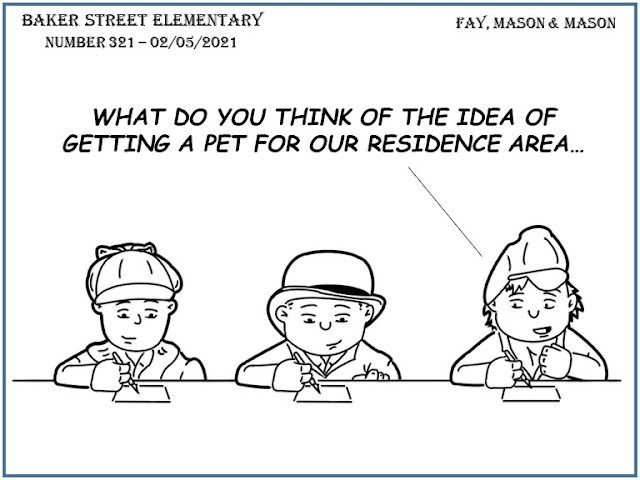 Pets are a central part of many people's lives. Whether the standard cat or dog, or goldfish or hamsters, or even something more exotic, domesticated animals are a comforting part of existence.
They're also a window into our souls. As Holmes observed in the opening of "The Creeping Man":

For years, Sherlockians have debated the presence of a pet dog when Watson said "I keep a bull pup" in A Study in Scarlet. The debate is whether he meant he literally owned a dog, if it was a reference to a kind of pistol, or if it was a euphemism for having a short temper.
That aside, we know that Holmes and Watson didn't keep a pet while at 221B Baker Street.
However, there was a canine present in A Study in Scarlet—one that was in the care of the unnamed landlady:

“Now would you mind going down and fetching that poor little devil of a terrier which has been bad so long, and which the landlady wanted you to put out of its pain yesterday.”

Other pet dogs didn't fare so well in the Canon (see this key to the four-letter abbreviations):
There's no record of cats being mistreated in the Sherlock Holmes stories, although there were only two instances on record of cats being kept as pets (aside from Dr. Roylott's cheetah):
No signs of penguins, though. Not that Baker Street Elementary didn't attempt it... 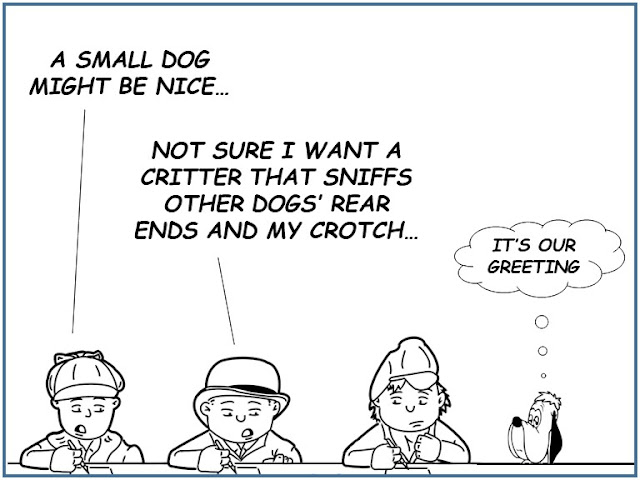 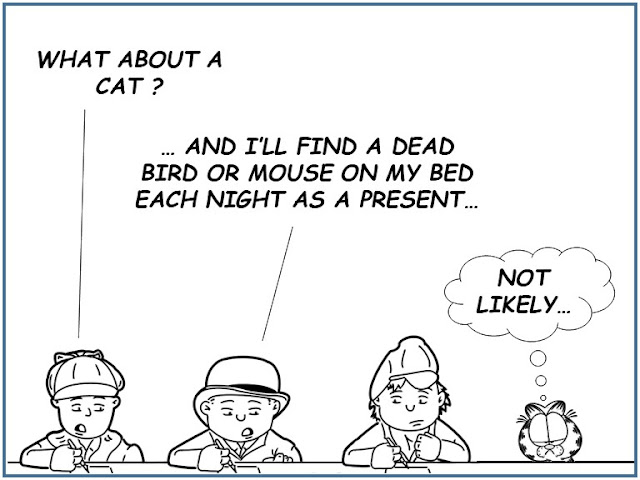 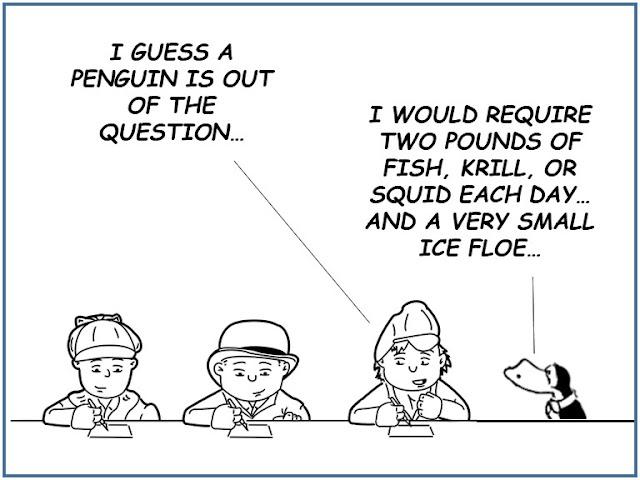