The Music Sherlock Holmes Heard in The Red-Headed League

“Sarasate plays at the St. James’s Hall this afternoon” [REDH] 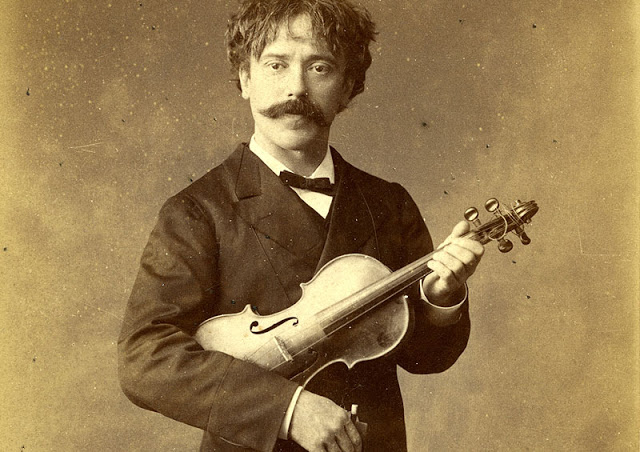 We know Sherlock Holmes enjoyed music. From his own violin-playing to a few mentions of concerts he attended, he often escaped from the woes of the world and the problems he was trying to solve through music.

In "The Adventure of the Red Headed League," he says "Sarasate plays at St. James's Hall this afternoon," and he and Watson make their way to the concert, where Holmes clearly enjoyed himself, "wrapped in the most perfect happiness, gently waving his long, thin fingers in time to the music."

In addition to being a performer, Sarasate was a composer. If you've never had the opportunity to listen to some original Sarasate, here's Navarra for Two Violins and Piano, Op. 33 (1889), from the Chamber Music Society of Lincoln Center, played by Paul Huang and Danbi Um on violin, and by Orion Weiss on piano:

Most chronologists agree that "The Red-Headed League" took place in late 1889 or 1890. As this piece was composed in 1889, it's entirely possible that it was on the program at St. James's Hall that afternoon that Holmes sat in the stalls.

In case you're interested in the life and times of Pablo de Sarasate, on Episode 40 of Trifles, we discussed him:

Sherlock Holmes: Trifles · Who Was Sarasate?

Thanks to Glen Miranker for the tip.