"his energy and his versatility were most admirable" [YELL] 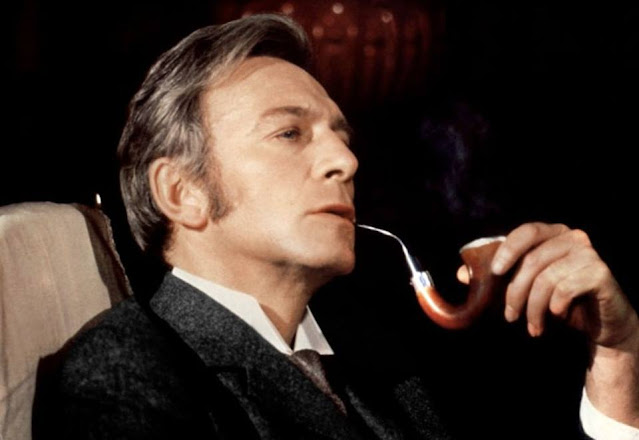 The world has lost another significant Sherlock Holmes actor. Christopher Plummer passed away today at the age of 91 after suffering a fall.

Plummer was a versatile actor, at home on the stage, television, and film, and the variety of his roles underscored his versatility and talent. From his early career on stage and television, he appeared in dozens of productions in a short span of years, becoming well-versed in and well-known for Shakespearean plays.

But it was his appearance as Captain Von Trapp in the 1965 hit The Sound of Music that set his career alight. He made his way to the National Theatre and then on to Broadway, where he won a Tony Award for Best Actor in a Musical for playing the title role in Edmond Rostand's Cyrano in 1973.

His other awards, too numerous to mention in totality, included an Oscar for Best Supporting Actor in Beginners (2012), for which he also received a Golden Globe and BAFTA (as well as more than two dozen other minor awards). In total, he had some 47 wins and 66 nominations over the course of his career.

And most memorably in recent memory, he appeared as the patriarch who was the victim at the center of the mystery in Knives Out.

But Sherlockians (and this is the reason you're here) know him for playing Sherlock Holmes in the 1979 film Murder By Decree, with James Mason as his trusty Watson.

In this production, we find Sherlock Holmes tracking down Jack the Ripper in an investigation that leads to surprising places, including into the inner workings of the Freemasons and the highest echelons of the British government itself.
And to a most controversial method of eating peas.
The two seemed delightful together, with the comfortable, homey Watson and the particular and debonair Holmes. 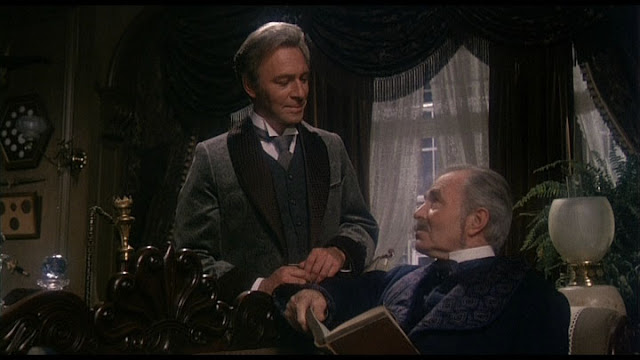 Just two years before, Plummer played the role for the first time, in an episode of The Sunday Drama produced by ATV. In "Silver Blaze," Plummer was joined by Thorley Walters as his Watson. Walters himself was no stranger to the role, having played the role with Christopher Lee as Holmes in Sherlock Holmes and the Deadly Necklace (1962), uncredited in The Best House in London (1969), and again in 1975 opposite Douglas Wilmer in The Adventure of Sherlock Holmes' Smarter Brother.

This production was only a 30-minute film, and while we haven't viewed it ourselves, the reviews tend to laud its production values, even if the time limit required cutting some of the story.

There is, of course, much more to Christopher Plummer's career than we have the time or the space for. From his appearance in the Pink Panther anthology to his portrayals of figures such as Rudyard Kipling, King Herod, Archduke Ferdinand, Vladimir Nabokov, his impressive Shakespearean appearances, and the mass of comedies, dramas, and adventure productions, his abilities were truly remarkable. His Wikipedia page is particularly impressive in the depth and breadth that it explores.

Suffice it to say that even though Plummer's appearances as Holmes were few and fleeting, his portrayal is one for the ages.