Conan Doyle vs. Jack the Ripper: Bradley Harper's A Knife in the Fog

"A scarlet thread of murder" [STUD] 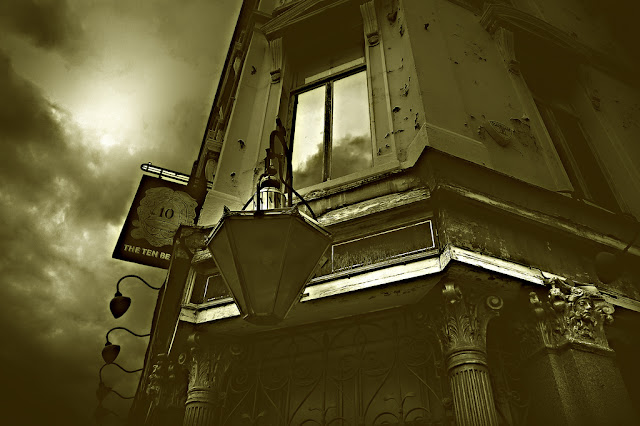 What comes to mind when you picture gas lights barely illuminating fog-choked London streets as horse-drawn cabs clatter across cobblestones? For Sherlockians, this setting conjures images of Holmes and Watson tracking undesirables through the heart of Queen Victoria’s empire.

However, there is an equally devoted-maybe obsessed is more appropriate?-group for whom these images recall not the fictional exploits of the world’s first consulting detective and his loyal chronicler, but instead the very real series of gruesome murders that took place in London’s Whitechapel district from August to October in 1888. These London streets are where Sherlockians meet Ripperologists.

In A Knife in the Fog, Bradley Harper combines the true story of Jack the Ripper and a fictionalized account of Arthur Conan Doyle, as a young physician and emerging mystery writer. Harper uses actual events and individuals involved in the investigation of the Ripper murders and brings not only Conan Doyle but a host of other historical figures, such as Conan Doyle’s former professor Dr. Joseph Bell and suffragette Margaret Harkness, into the plot.

The novel opens with the young Dr. Conan Doyle receiving a request for his services to investigate the unfolding Ripper murders as an unofficial consultant following the success of A Study in Scarlet. Recognizing that his deductive powers might be limited to the fictional realm and reluctant to undertake such a challenge, Conan Doyle calls upon the very inspiration for his genius detective, his former professor of surgery Dr. Joseph Bell. Conan Doyle and Bell are then guided through the squalor and horrors of Victorian Whitechapel by famous suffragette Margaret Harkness.

These three are the central characters but their adventures include many other period personalities. Some of these figures have been made famous, or infamous, by the often-recounted Ripper investigation, and others are Victorian celebrities. Regardless of whether their presence is new or established in the Ripper saga, Dr. Harper uses these personae to develop engaging characters that go beyond mere caricatures.

The story is well-paced and Dr. Harper draws the reader through the narrative by relying on the well-trod ground of the Ripper murders. Helpfully, the reader is not responsible for knowing the Ripper investigation inside and out to enjoy the plot.

Dr. Harper provides enough detail to bring any Ripper neophyte up to speed. The novel also draws on the niche genre of Sherlock Holmes vs Jack the Ripper, including novels like Lyndsay Faye’s Dust & Shadow and films such as Murder by Decree.

A Knife in the Fog takes a slightly different approach by using Joseph Bell and Conan Doyle, in place of Holmes and Watson. In his use of Conan Doyle as the protagonist, Harper builds on the tradition of Graham Moore’s Sherlockian and Julian Barnes’s Man Booker-shortlisted Arthur & George.

A Knife in the Fog is an engaging read for any period enthusiast. If the reader does bring a prior knowledge of the Ripper murders then he or she will undoubtedly appreciate the extensive research into the murders and investigation that went into crafting the story.

Anyone who enjoys Victorian-era mysteries will find much to like in this novel. If you are drawn in by the unique take on Holmesian pastiche, you might even find yourself digging into the world’s most infamous unsolved murder mystery as a result.

The only question is whether you have the time and energy for another obsession.

You can find A Knife in the Fog on Bradley Harper's website and wherever books are sold. 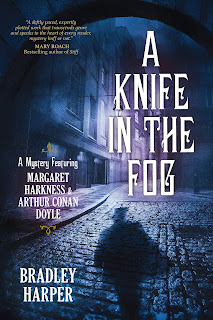