The Remarkable Cow Unknown to Science

"it is a remarkable cow" [PRIO] 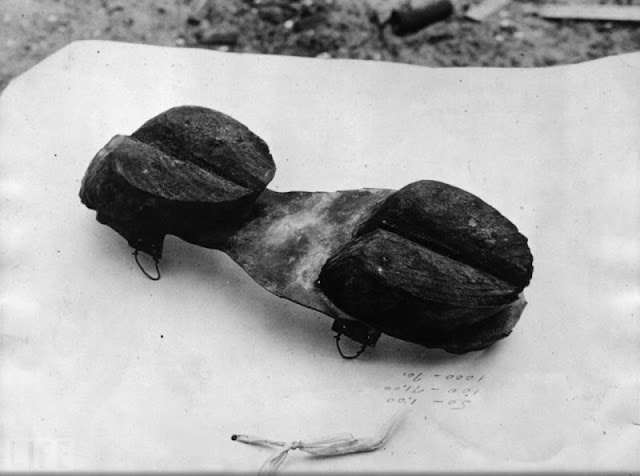 Filed in the "now where have we heard this before?" department.

Close readers of the Sherlock Holmes stories may recall one of the unpublished cases concerning "a remarkable worm said to be unknown to science," as mentioned in "The Problem of Thor Bridge."

But what about "remarkable cow"?

Well, that would be the "cow" that left the tracks that Holmes noticed in "The Priory School." He demonstrated to Watson his recollection of the hoofprints:

Adding, "it is a remarkable cow which walks, canters, and gallops."

One visit to the stables of Mr. Reuben Hayes, and they discovered two run-down looking horses, with the following curious feature:

At the conclusion of the case, Holmes wondered how the culprit had developed the idea of putting cow-shaped shoes on horses, and asked the Duke of Holdernesse as much:


“This fellow Hayes had shod his horses with shoes which counterfeited the tracks of cows. Was it from Mr. Wilder that he learned so extraordinary a device?”
The Duke stood in thought for a moment, with a look of intense surprise on his face. Then he opened a door and showed us into a large room furnished as a museum. He led the way to a glass case in a corner, and pointed to the inscription.

“These shoes,” it ran, “were dug up in the moat of Holdernesse Hall. They are for the use of horses; but they are shaped below with a cloven foot of iron, so as to throw pursuers off the track. They are supposed to have belonged to some of the marauding Barons of Holdernesse in the Middle Ages.“


Well, this wasn't entirely a fictitious practice, as it turns out.

According to The Vintage News, moonshiners regularly used cow shoes to escape the authorities.


To help give themselves some extra time when fleeing on foot, some moonshiners came up with an unusual way of camouflaging their tracks and throwing pursuit off the trail — cow shoes.

The idea was that if police found human footprints in areas where people don’t generally go, that was a clear indicator of something unusual and worth investigating, which could possibly lead to the discovery of an illegal still. 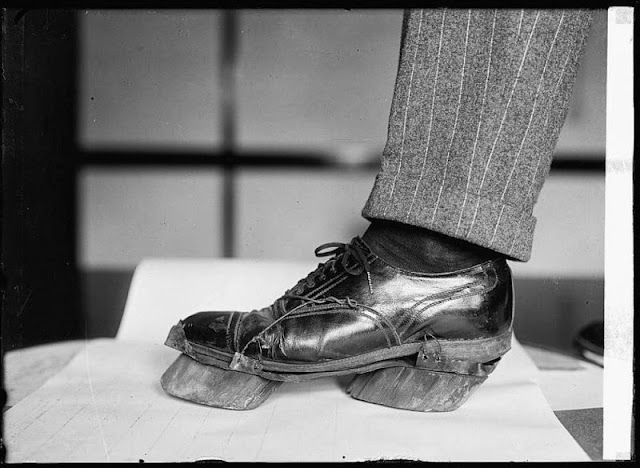 Had moonshiners read "The Adventure of the Priory School" and filed that information away?

Thanks to Gayle Puhl and Brenda Rossini for surfacing this bit of history.