Not long afterward in "Black Peter" we see “Well, well,” said Holmes, good-humouredly. “We all learn by experience.” Similarly in "The Three Students," Sherlock Holmes had been performing some research on early English charters when he was interrupted by Hilton Soames with a a problem, and Holmes didn't want distractions. But soon, Watson wrote that Holmes "was recovering his good-humour as his attention became more engrossed by the case." Both stories were in The Return.

Of course, the most frequently cited and widely recognized turn of phrase regarding humor is in The Valley of Fear, in which Holmes comments on Watson's little joke:


“A touch! A distinct touch!” cried Holmes. “You are developing a certain unexpected vein of pawky humour, Watson, against which I must learn to guard myself.”

If we can infer Sherlock Holmes's sense of humor by his physical reactions – that is, his smiles, chuckles and laughter – there are opportunities to do that. As early as A Study in Scarlet and "A Scandal in Bohemia," we have the simple phrase "Holmes laughed." Soon afterword we find "Holmes laughed softly to himself," [BOSC] and again "Holmes laughed" [BLUE].

In other instances, Holmes laughed "heartily" [REIG], "good-naturedly" [PRIO], and "good-humoredly" [WIST]. And he seemed to chuckle quite a bit as well, including "heartily" [SPEC] and while "rubbing his hands" [SOLI, VALL].

There are also numerous instances of Holmes smiling; Steven Rothman ("The Valley of Fear") compiled a few examples of that on the @BakerStJournal Twitter account on National Smile Day. And Jeremy Brett brought a unique and warmer aspect to Holmes through humor, which is chronicled in With a Wink and a Smile.

And so we head over to Baker Street Elementary, where as at most schools, the boys are busy trying to crack each other up... 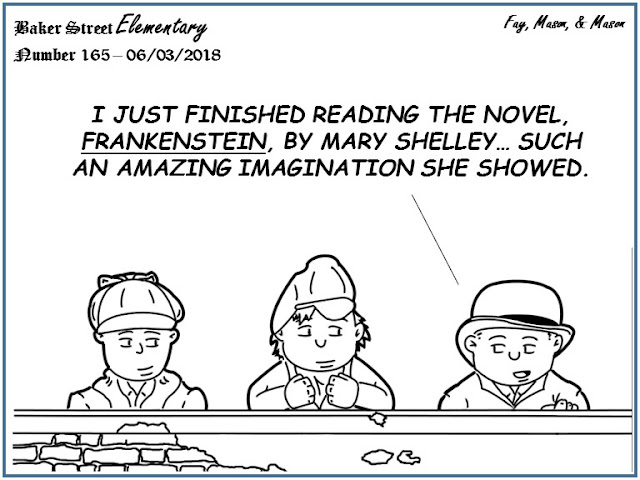 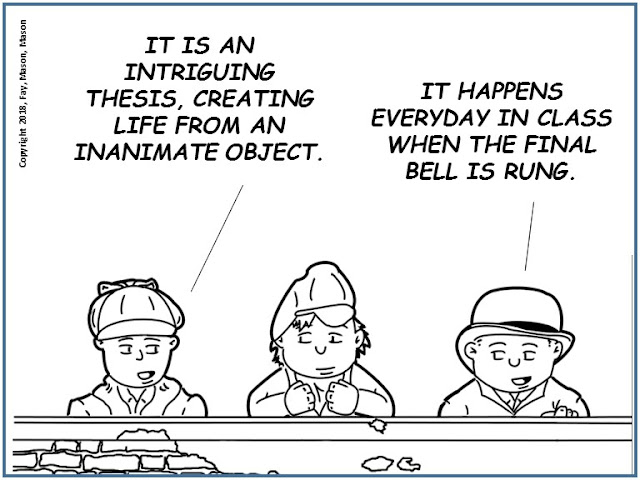 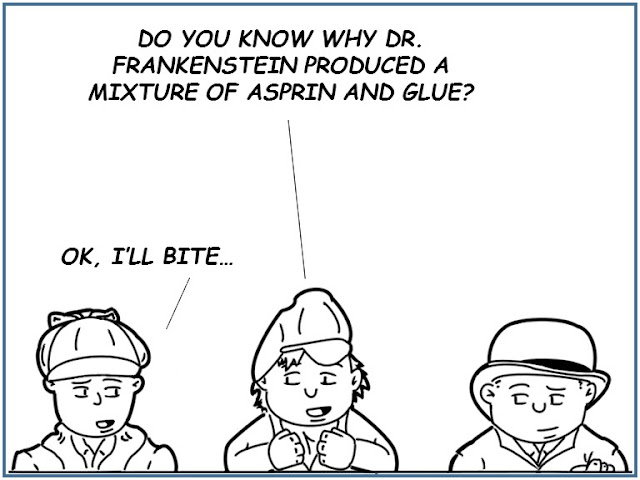 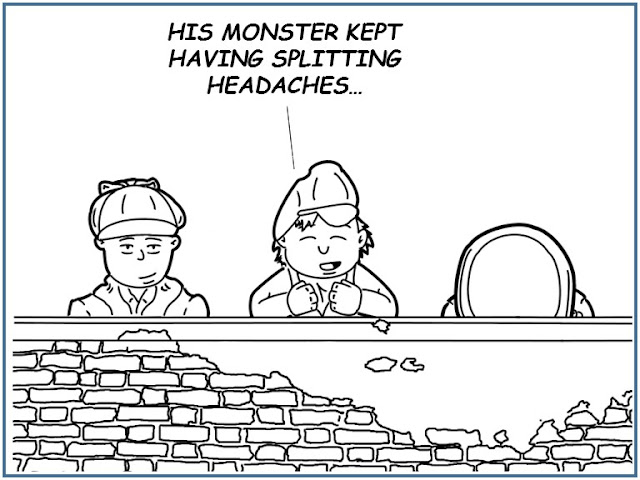 Incidentally, Leslie Klinger, BSI ("Abbey Grange"), whom you may remember from IHOSE episodes 31, 32 and 105 is the editor of many annotated editions, including The New Annotated Frankenstein.