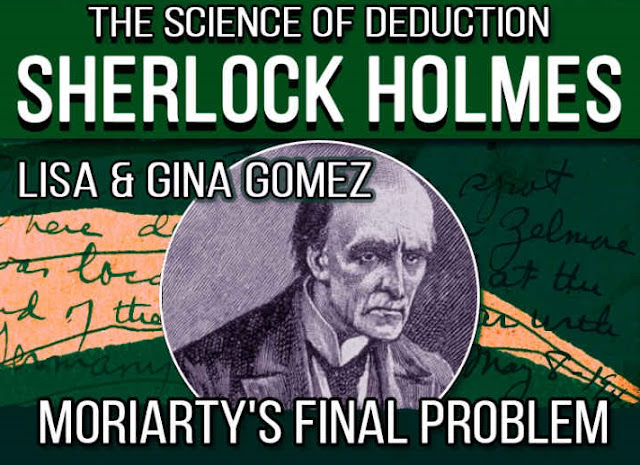 Despite only appearing once in the Sherlock Holmes stories, Professor James Moriarity has made an indelible mark on the canon and Sherlockian scholarship. Frequently, many Holmesian pastiches feature Moriarity as the primary antagonist, focusing on his many parallels to Sherlock Holmes. However, these pastiches have used Moriarity to varying effect, portraying him as either criminal supergenius or merely serviceable villain.

But Moriarity’s Final Problem by Lisa and Gina Gomez (published by 18th Wall Productions as part of their “Sherlock Holmes: The Science of Deduction” ebook series) manages a feat many pastiches rarely attempt: a focus on Moriarity’s activities after the events of "The Final Problem" and an exceptional insight into his motivations and psyche.

Unlike other efforts by John Gardner and Anthony Horowitz, Moriarity’s Final Problem has a very distinct focus: Moriarity’s plans for revenge against Holmes in the most cunning and devious manner…

One of the great aspects of Moriarity’s Final Problem is how the plot unfolds while revealing Moriarity’s mindset: this is not simply a case of I’m-going-to-get-you. In many ways, this feels as dramatic a turnaround as Holmes return in "The Empty House," but what makes this story especially clever is the how Moriarity chooses to exact his revenge on Holmes.

To say more would spoil the surprises: suffice it to say, Lisa and Gina Gomez manage to portray Moriarity in a manner that Conan Doyle would approve. Balancing a Machiavellian sense of intrigue with a stark anger, their Moriarity provides an extremely compelling read.

Not only does Moriarity’s Final Problem by Lisa and Gina Gomez stand as a solid Holmesian pastiche, but also serves as a gateway for other books in 18th Wall Productions’ Sherlock Holmes: The Science of Deduction series...and I look forward to checking out more entries.

Moriarty's Final Problem by Lisa and Gina Gomez is available as an ebook from Amazon. 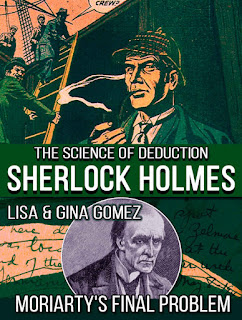 [Disclosure: A complimentary copy was provided for review purposes.]