“vague memories in our souls of those misty centuries when the world was in its childhood.” [STUD] 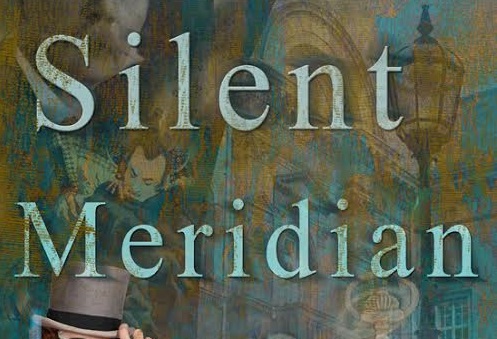 In the rise of Victorian-set fiction, Sir Arthur Conan Doyle has lately found a second life as a character within historical and pastiche narratives. In works such as Laurie R. King’s Mary Russell series, the Master has served as Watson’s literary agent; on occasion, he has even investigated crimes in the style of Sherlock Holmes, as shown in Graham Moore’s The Sherlockian and Fox’s recent TV show Houdini and Doyle. But in Silent Meridian

, the first entry in Elizabeth Crowens’ Time Traveler Professor series, Conan Doyle is instead placed in the center of a unique Spiritualist quest that stretches across centuries and continents.

The novel begins in 1898, when John Patrick Scott, an aspiring music student and paranormal investigator, is given a mysterious red book when on his way to meet the author in Edinburgh. Shortly after their introduction, Scott builds a time-travel device that allows him to take on the personas of his past and future reincarnations. With Conan Doyle as his partner, the would-be Time Traveler Professor works to unravel the secrets of the red book, uncovering Spiritualist mysteries that stretch their bond to its breaking point.

One of the most creative elements of the novel is the connection between reincarnation and time travel, which strengthens the scenes where Scott and Doyle dive in to other eras. Instead of remaining mere observers of history, the characters are able to fully interact with a variety of detailed milieus, including feudal Japan and an underground academy of magic in the steampunk future. Furthermore, the identities taken on by the time travelers are engaging characters on their own merits, who compel their other selves to engage in new, exciting actions. 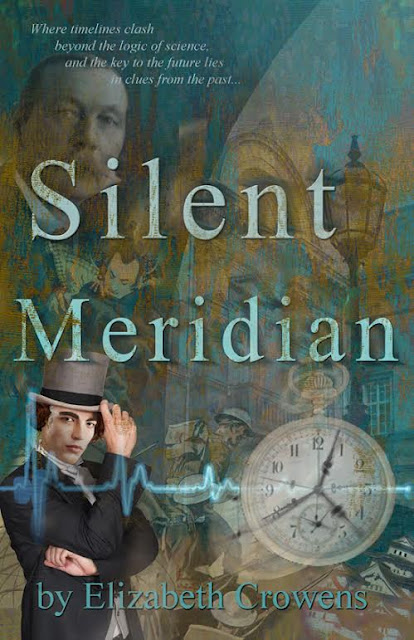 I often found myself wishing that more scenes were centered on these characters, and particularly upon Scott’s female reincarnation, Aliskiya Lleullne, as she studies magic in her predecessor’s distant future. Her presence provoked fascinating questions about the soul, gender, and John Patrick’s treatment of women that could have been further explored in the story.

Unfortunately, the novel’s breakneck pace often reduces the amount of time the reader gets to spend with many of its compelling secondary characters, as well as creating other issues that affect the cohesion of its central storyline. In addition to its lengthy sojourns in other time periods, the narrative covers a sizable swath of the early 20th century; in just under 350 pages, the reader races from the fin de siècle to the onset of World War One.

John Patrick Scott’s journey to becoming the Time Traveler Professor is the story’s central focus in the midst of rapid time shifts, but characters and entire plots are alternately removed from or inserted into the narrative in a streamlining effort that creates more confusion than clarity. Characters who are established as key players, including the reincarnations, disappear with little explanation. Scott’s investigation into the origins of the red book—the impetus for the entire story—is put on hold for more than fifty pages as he describes his double-sided affair with a married couple in Germany, only for the focus to return to his mystical investigation without providing a definitive conclusion for the subplot that temporarily took center stage.

Furthermore, the Victorian-based characters’ relationship to their own time and setting becomes less tangible to the reader as the narrative progresses. When Scott discusses topics like psychology or sexuality with his contemporaries, the dialogue takes on the tone of 21st century academics discussing the era’s politics instead of a conversation between people actually living in the time period. These inconsistencies can sometimes make it hard for the reader to firmly understand the story’s actions as well as the purposes of its peripheral characters, and while John Patrick Scott’s arc is a unique one, I feel that his motivations and opinions could be expressed through more subtle contextual details rather than direct exposition concerning his time’s standard ideologies.

But Silent Meridian’s secret weapon lies in its most famous Victorian figure, for its representation of Sir Arthur Conan Doyle reveals new facets about the writer that perhaps some Sherlockians have never taken into full consideration. In works of fiction and nonfiction, Conan Doyle’s embrace of Spiritualism in his later years has been either ignored or depicted with an air of disappointment. To this day, many find it difficult to admit that the man who created one of fiction’s most logical characters also believed in seances and fairies.

Yet Elizabeth Crowens manages to wonderfully synchronize Conan Doyle’s rationality with his spirituality. In his fictional efforts to explore the paranormal with John Patrick Scott, he approaches the quest as a scientist does an experiment, conducting trials alongside Scott that help him validate his beliefs. Instead of being mocked for embracing the seemingly irrational, he is celebrated here for daring to embrace unknown possibilities, creating a unique duality of character that takes him beyond the stereotypes surrounding his activities in the realm of Spiritualism.

For readers seeking a new twist on a well-known author, Silent Meridian should be an engaging and singular read that will challenge their perception of his place in the late Victorian era.


Elizabeth Crowen’s Silent Meridian is out today and can be ordered from Barnes and Noble, Amazon, or MX Publishing. The official book launch/party/reading date will take place on June 8th, from 6:30-8:30 pm at New York City’s The Mysterious Bookshop.

A "chat" for The Hour of the Wolf Radio Show on WBAI, hosted by Jim Freund, will be recorded at the event and an actor portraying Sir Arthur Conan Doyle (complete with costume, makeup and accent) will be reading Sir Arthur's lines of dialogue in the reading. Keeping with the Scottish theme, Walkers Shortbread will be sponsoring the event and providing biscuits. There will also be a raffle for a bottle of Scotch whisky.