When a Sherlockian Society Folds

"a herd of buffalo, and wallowed" [BOSC] 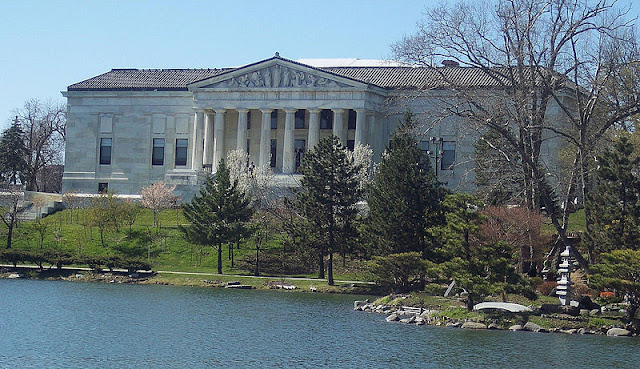 A sad piece of news hit the Sherlockian world recently: An Irish Secret Society at Buffalo (AISSAB), at one time one of the liveliest of scion societies, is folding.

Bruce Aikin, who has been Motor Expert (president) of AISSAB for some years now, said in an email message that attendance and interest have dwindled to the point that it's not worth going on. He made the announcement on St. Patrick's Day, an ironically appropriate date for an Irish-themed society (it takes its name, of course, from a reference in "His Last Bow").

In recent years AISSAB has held monthly Thursday night meetings at a library in the Buffalo suburbs, but with smaller and smaller participation. In his message, Aikin suggested that if someone wants to try to revive the group, quarterly meetings, at a different time in the week, might be a more realistic program.

An Irish Secret Society at Buffalo was founded in 1976 and held frequent, lively meetings. Its dominant figure was Frank Hoffmann, whose scholarship and activity were recognized in 1979 when he was invested in the Baker Street Irregulars as, of course, "Altamont". AISSAB sponsored one of John Bennett Shaw's classic Sherlockian workshops, held in June 1978 at the historic Buffalo History Museum building (pictured). From 1978 to about 1992 the society's little magazine, Covert Notes, edited by Dolores Rossi Script and then MaryKathleen Brennan, was one of the most respected scion journals in an era when Sherlockian publishing was bustin' out all over.

The group has fallen on bad times at least once before; there was a break in continuity the 1980s, and some of its former members formed the Drops of Water of Greater Niagara, which took pride in being a cross-border society and thus a scion of both the Baker Street Irregulars and the Bootmakers of Toronto. It was under Bruce Aikin's leadership that AISSAB eventually re-formed, and the Drops of Water ceased to dribble.

In the lively years, there was much interaction between the Bootmakers and AISSAB, including a series of joint social events. Aikin is an active member of the Bootmakers: he even served as Meyers, or president, in 2008, and is thus probably the only person who has been president of local Sherlockian societies in two different countries.

Do you have any stories of a society forming or folding in your area? We'd love to hear from you.