Fight Card: A Congression of Pallbearers — A Review

"It must be very familiar to you." [EMPT] 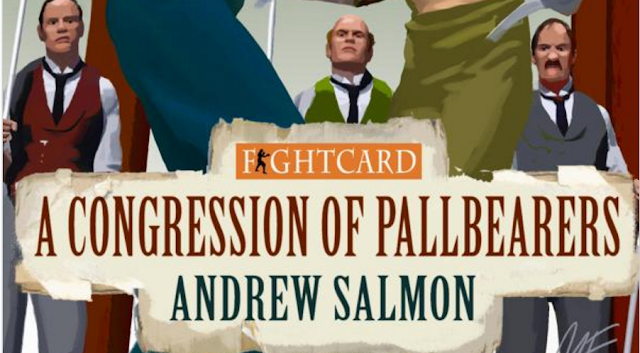 One of the more intriguing aspects of Sherlockian pastiche is the storytelling flexibility of Holmes and Watson. Placing the characters in a variety of situations reveals how both characters can remain steady yet drive some unique storytelling engines.

As his third Holmes-centric entry in the Fight Card series, Andrew Salmon's latest tale - Sherlock Holmes: A Congression of Pallbearers

(written under the nom de plume of Jack Tunney) — rises to the occasion, building on both canon-based material as well as his own. In short, this is a great finish to an excellent series-within-a-series.

Following up from events in both Work Capital and Blood to the Bone, A Congression of Pallbearers begins with Holmes and Watson receiving some cryptic messages, leading to the discovery of a picture of someone familiar...yet is not. From there, the story leads into a more-than-traditional Holmes tale, which provides a unique insight into Holmes and Watson's characters  — and their relationship — that might not have happened in the traditional Canon. 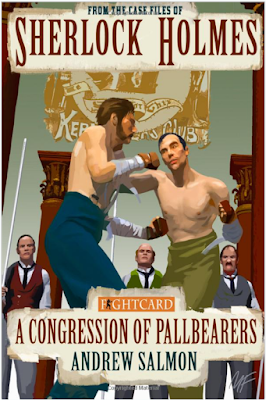 Although the Fight Card banner has a specific focus on boxing, A Congression of Pallbearers is not a back-to-back fightfest. Andrew Salmon cleverly integrates the fighting into an overall arc, and the narrative takes a very clever turn towards the end. (To say more would spoil, but suffice it to say it's a worthy variation on the Canon). Although it follows from Salmon's two previous Fight Card stories, A Congression of Pallbearers

also works as a great stand-alone entry as well, and is definitely worth reading.

(Disclosure: A complimentary electronic copy was provided for review purposes)