"all the fearlessness of youth" [STUD] 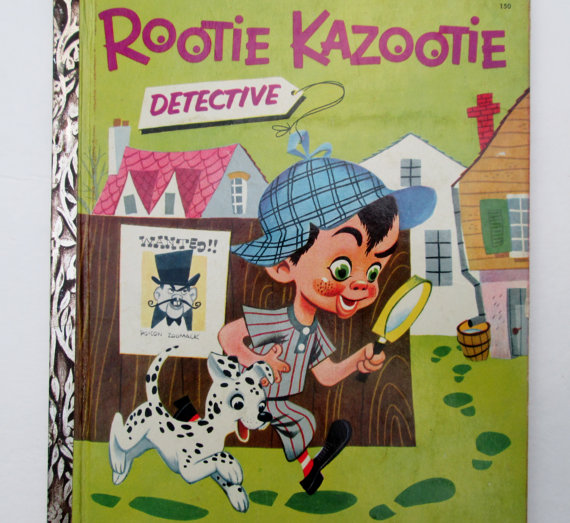 at a library near my grandmother's; the other was through constant repeats of the Basil Rathbone/Nigel Bruce films on Sunday afternoons. In short, perhaps like many people my age, my introduction to Sherlock Holmes was rather age-appropriate, and the heady atmosphere of Doyle's stories captivated me because I was exposed to adaptations which mixed that atmosphere with other, more contemporary elements.

Almost one year Ago, Boom Studios announced that it was releasing a four issue mini-series entitled Muppet Sherlock Holmes. Fortunately, that four-issue series has been released as a trade paperback, and quite frankly, it is not only a great introduction for future Sherlockians, but a great addition to any current Sherlockian library.

Or in other words, there is no age limit to the readership of this book. 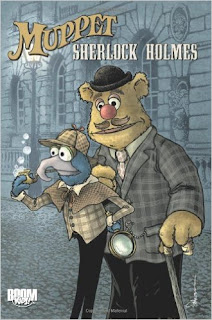 Patrick Storck deftly adapts four stories from the canon - "Speckled Band", "A Scandal in Bohemia", "Red Headed League" and "Musgrave Ritual" - but provides them with the kind of humor that is noted with the Muppets. It also strikes a tender balance, finding the humor in the characters without making them parody or cliche. In addition, there are some deft contemporary references (including what I believe to be a punk rock reference) that manage to avoid the trap of taking the reader out of the story. These are simply entertaining for readers of all ages.

But quite frankly, it's Amy Mebberson's artwork that really gives the series a lift. It would have been easy to make the art look overtly like a cartoon (after all, we are talking about the Muppets), but Mebberson manages to give it a slight Victorian sheen - not enough to take away form the humor, but plenty to give it a lift. This is as much a comic that is enjoyable to look at as it is to read.

trade has made me more than eager to revisit the canon - although I've been making my way through, this is a must read not just for present scholars of the Great Detective...but for their descendants.

[Gordon posts on the intersection of Sherlock Holmes and the entertainment industry, and also writes about comics and popular culture for Blog THIS, Pal! and Comic Related]