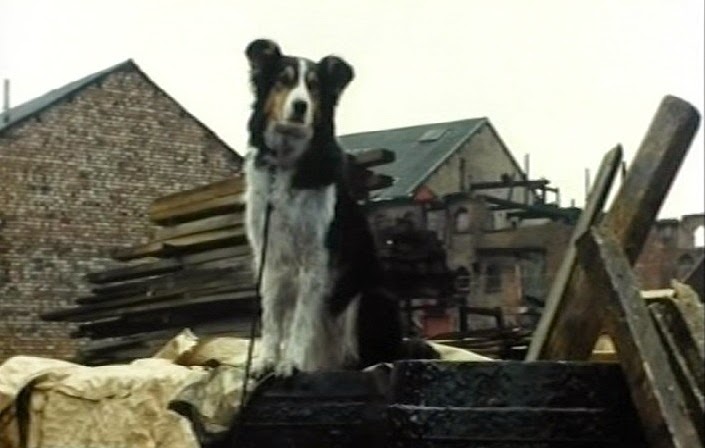 One of the endearing and distinguishing characteristics of Sherlock Holmes was his penchant for thinking outside the box. Free of the constraints of police regulations, Holmes’s methods often extended beyond the realm of the traditional. Thank goodness.

According to William Baring-Gould's The Annotated Sherlock Holmes

(1992 edition), the case of The Sign of Four (published by Lippincott's Monthly Magazine in February of 1890), lasted from Tuesday 18 September to Friday 21 September, 1888. Thus, the mystery of the Agra Treasure, a case unlike any other, was solved in only four days time. But how?

Fortunately, Holmes knew that an unlikely case calls for unlikely tactics. And the master would not have cracked the case without the help of a very special individual. A four-legged individual by the unlikely name of Toby, of No.3 Pinchin Lane, Lambeth.

This got me thinking. And when that happens, like any good Holmesian (or Sherlockian, whichever you prefer), I mounted a search for facts. My findings are as follows:

By the late 19th Century, dogs had been used by mankind for over a millenium in war, domination of new lands, and hunting. Bloodhounds had been used for the aforementioned reasons for the past three hundred years. In addition, some policemen had taken to bringing their own dogs with them on their beats. The London Police Force incorporated bloodhounds during the Jack the Ripper murders, which occurred in August-November of 1888 – the very same time that a certain consulting detective who had recently come into public prominence was employing a "long-haired, lop-eared creature, half spaniel and half lurcher, brown and white in colour" to assist him [SIGN]. In fact, Holmes's case began just ten days after the murder of Annie Chapman! As Brett's Holmes remarked in Granada's 'The Dying Detective': "Coincidence bordering upon the unbelievable!"

Anyway, back to the dogs. Due to primitive methods, those police canines were not afforded the chance to prove as useful as they could have been. But in his own case, Holmes gave the scrappy Toby the opportunity to use his “most amazing power of scent” unhampered by police regulations or botched test sites. In his account of the case, Dr. Watson tells us just what the master did:


“He pushed the creosote handkerchief under the dog’s nose…The creature broke into a succession of high, tremulous yelps, and, with his nose on the ground, and his tail in the air, pattered off upon the trail at a pace which strained his leash and kept us at the top of our speed.”

It was simple, yet highly effective. Dr. Watson may have described Toby as having “a very clumsy, waddling gait”, but this furry ally proved his worth in short order. And in so doing, he vindicated his colleagues and brought literary glory to his species. As Holmes said, Toby “acted according to his own lights”. Holmes could just as well have been explaining himself here, and makes an excellent point about his beloved powers of deduction: that one must trust one’s instinct in order to ‘sniff out’ the true scent from the false ones.

And while the contributions of the Baker Street Irregulars should not be overlooked, it was Toby who turned the chase in the right direction. Without Toby’s help, the boys would have had no Aurora to find, Small would never have been caught, readers would have been deprived of one of the most memorable boat chases in all of literature…and most importantly, Dr. John H. Watson would not have won the heart of Miss Mary Morstan.

If Toby wasn’t the guest of honor at their wedding, he should have been!

[Editor's note: Our guest author Jennifer has had a life-long interest in English and American literature (particularly of the 19th century), and grew up watching both the Rathbone/Bruce & the Granada incarnations of Holmes and his Boswell. Some of her favorite authors are Charles Dickens, George Gordon Lord Byron, Sir Arthur Conan Doyle, Washington Irving and Edgar Allan Poe. One of her two current efforts include research into the Holmes Canon for a collection of short stories centered around Dr. Watson. The other is a historic fiction novel-in-progress dealing with reform methods for London prostitutes in the Victorian Era. She has a decade of experience in the field of 19th century living history, and enjoys sharing little tidbits and musings on her blog.]