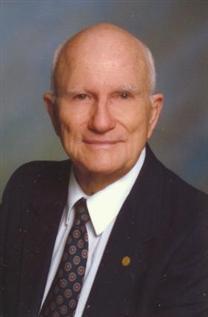 Dr. George L. John, BSI ("Sir Jasper Meek") died on February 6, 2011 at the age of 90. During World War II he served as an engineer in the U.S. Army, was captured by the Germans in 1944 and released in 1945. When the war ended, he furthered his education utilizing the GI bill. After witnessing the carnage of war, Dr. John decided to embark on a career helping his fellow man. He graduated from Southwestern Medical School in Dallas, Texas in 1950 and established a private practice in Nebraska. He was the quintessential country doctor, often paid in sides of beef, chickens and general produce. He later returned to Texas and was a staff physician for 16 years for the University of Texas.

Dr. John was involved in many civic organizations and was a patron of the arts. He loved opera and at one point had concurrent season tickets to every major and minor opera company in Texas. He was a cellist, an avid chess player, ham radio operator, and dabbled in astronomy by hand grinding the mirrors for, and building, his own telescope. For a fuller recounting of his life and interests, please see his official obituary.