The Muppets Do Sherlock Holmes

"all were equally puppets in his hands" [SOLI]

It's not every day one is greeted with news from Disney on the subject of Sherlock Holmes. This is one of those rare days. In this case, it's a subsidiary that takes the stage: Jim Henson's Muppets.

In an exclusive, MTV's SplashPage has reported on a Muppet Sherlock Holmes comic book that is in the making by Boom Studios. Evidently, the shop has partnered with The Walt Disney Company previously on Muppet adaptations of Robin Hood, King Arthur and Snow White. Next up: Fozzie Bear as Dr. Watson and Gonzo as Sherlock Holmes in a two-part series.

Here's some early artwork to keep your interest: 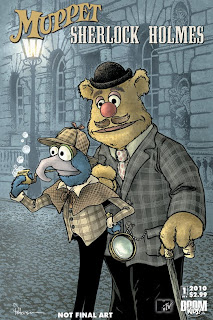 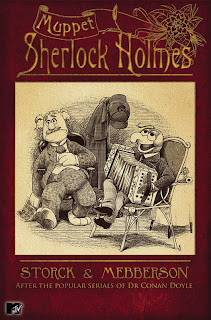 And in case your Sherlockian-Disneyana hasn't been completely satisfied, here's a throwback to The Great Mouse Detective