This year, April 1 came and went without a practical joke from us. You may recall the first time we attempted an April Fool's post was in 2007, when we played off of rumors that Russell Crowe was being considered to play Sherlock Holmes in the upcoming Warner Brothers' film. We suggested that it was Nicholas Rowe who was being brought out of Holmesian retirement, and a number of entertainment blogs picked it up.

Last year, we went back to the entertainment world and surfaced a report that Amy Adams was going to be playing Mary Russell in a movie adaptation of The Beekeeper's Apprentice

. Our audience must have learned a lesson, as this wasn't nearly as successful as the first one.

But Sherlock Holmes and Dr. Watson did manage to play a part in at least one April Fools' Day prank that we heard about.The social networking site LinkedIn - a platform for professionals to connect and share work experience - used its helpful feature "People You May Know" and suggested a few familiar but unlikely suspects. 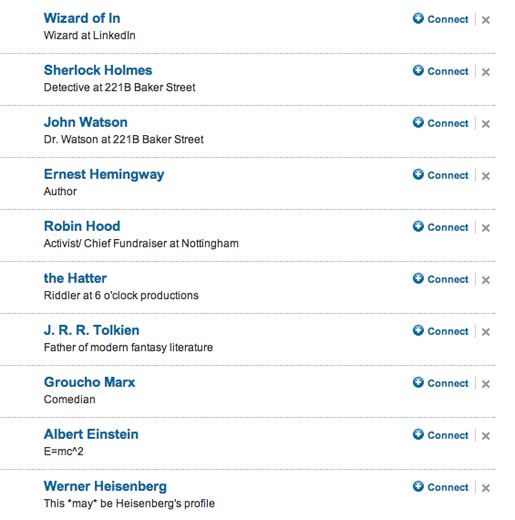 What an amazing opportunity: a chance to connect directly with Dr. Watson and Sherlock Holmes! It's almost the digital equivalent of writing a letter to 221B Baker Street and getting a response from Sherlock Holmes's secretary, a role the Abbey National Bank filled for so many years.

In addition, YouTube got into the action by changing their logo for the day to what they used a century ago: 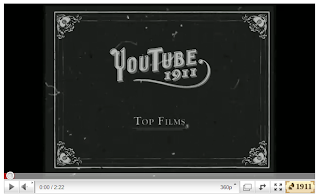 They created a video summary of the "Top 5 Viral Pictures of 1911" that even included a horse and buggy crash - watch closely for it:


Did you hear of any Sherlock Holmes-related April Fools' Day jokes? Let us know by leaving a comment.