During the #Sherlock_PBS chat on Sunday evening, there was also a West coast feed. We would be remiss if we did not mention the rather impressive individual behind that. It was none other than our own Leslie Klinger, BSI, 2s ("The Abbey Grange"), tweeting as @lklinger.

Les's achievements in the Sherlockian and literary world are impressive in their own right - even more so when one discovers that he's a practicing lawyer by day. Les is the author of not one, but two of the most impressive pieces of research on Sherlock Holmes: The New Annotated Sherlock Holmes (divided into sets: Short Stories

. He joined forces with S.E. Dahlinger to edit and annotate Sherlock Holmes, Conan Doyle & the Bookman, available from Wessex Press. In addition, Les branched out from his Sherlockian roots (although sticking with the Victorian) when he wrote The New Annotated Dracula

. If you'd like to see the full line of his work, you can check his Author Page on Amazon

Les also holds the role of General Editor of the Baker Street Irregulars' publishing efforts: the History Series, Manuscript Series and International Series. All are available for sale on the Baker Street Journal website.

Below you'll find a reverse chronology (sorry, it's the way Twitter search works) of the stream of commentary and 140-character "annotations" Les made while watching the new series "Sherlock 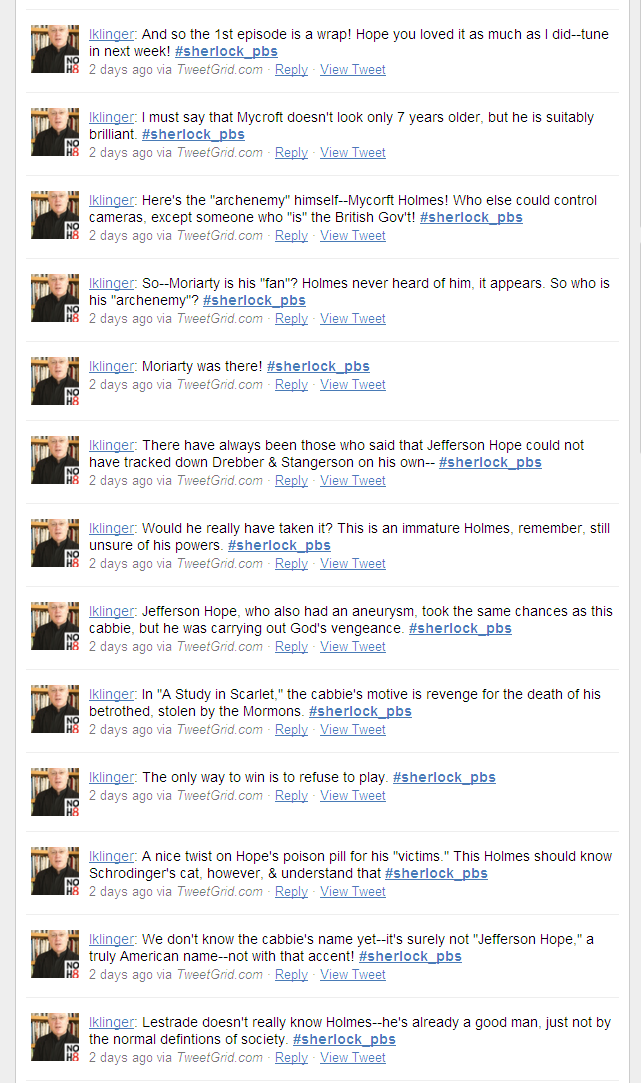 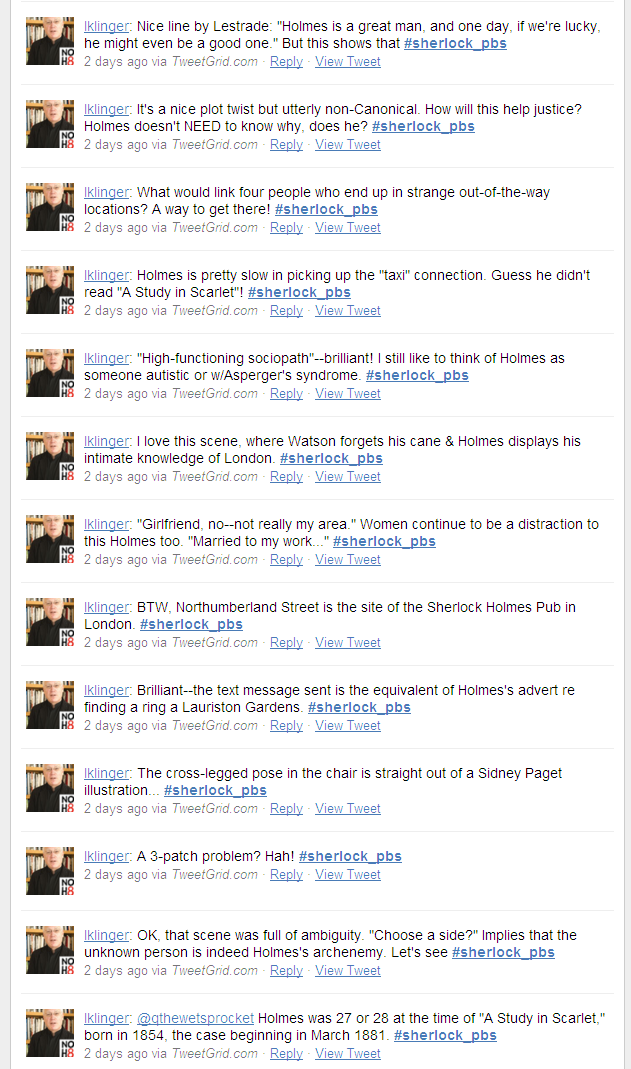 If you've made it this far, congratulations! And you'll be pleased to know that Les and I have been invited back by PBS to host another chat this Sunday evening as well. You'll be able to join us again on the Tweetgrid set up at http://is.gd/fZxDB.

Please consider visiting our sponsors from time to time. It helps defray the costs associated with running this site.