"Moriarty may have been engaged" [VALL] 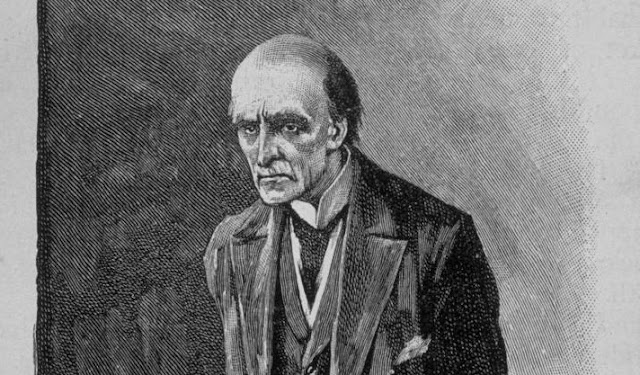 Following last week's news that Stephen Fry would play Mycroft Holmes, it seems that we now have the results of the long-awaited casting of Professor Moriarty. Those of you familiar with the award-winning television drama Mad Men may recognize the name Jared Harris. He plays Lane Pryce, the finance chief at the advertising agency Sterling Cooper Draper Pryce, set in 1960s New York.

But it is 1890s London that will see him next as he becomes the Napoleon of Crime, Professor James Moriarty - forever known as the archenemy of Sherlock Holmes. This is difficult role to fill, as it's one of the most iconic in the Canon, yet one that's given precious little description, other than what Holmes conveys to us mostly in "The Final Problem":


"He is extremely tall and thin, his forehead domes out in a white curve, and his two eyes are deeply sunken in his head. He is clean-shaven, pale, and ascetic-looking, retaining something of the professor in his features. His shoulders are rounded from much study, and his face protrudes forward, and is for ever slowly oscillating from side to side in a curiously reptilian fashion. He peered at me with great curiosity in his puckered eyes."

Beyond that, we don't really hear too much about him. Do you know how many stories Professor Moriarty was mentioned in? Leave a comment below with your answer. 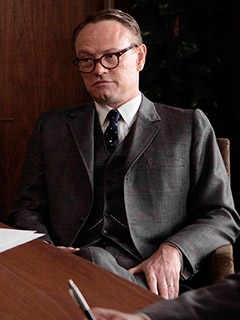 Back to Jared Harris: his acting skills have been recognized recently, as he has received two Screen Actors Guild Award nominations for his outstanding performances, both in The Curious Case of Benjamin Button

and Mad Men. Not only that, but he actually has some interesting Sherlockian connections that we'd be remiss if we omitted them:

His father was the late Richard Harris, the Irish actor with an offscreen life as interesting as his roles.

The other point is that he was married to Emilia Fox, who is the daughter of actor Edward Fox. The elder Fox played Alistair Ross in the 1991 movie adaptation of Paul Giovanni's play The Crucifer of Blood

Any other potential tie-ins that we missed? Feel free to leave a comment and set us straight.

Based on his pedigree, his previous performances and his look - with a little makeup and wardrobe, it's possible Harris will look very similar to Paget's original interpretation of the professor - we think this may be an excellent casting choice. Let's hope the script and plot are just as promising...

Please consider visiting our sponsors from time to time. It helps defray the costs associated with running this site.