"The Intelligence Which You Have Shown" [HOUN] 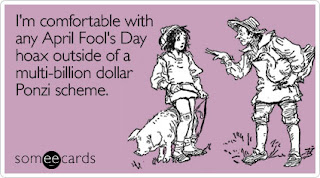 So it would seem that most of our readers are fairly savvy. This year, that is.

You see, yesterday (April 1, for those of you following along at home) we shared some news that was, well...not really news. As many of you already intuited, the Sherlock Holmes sequel news was not entirely true. While there have been reports that filming will begin this summer, there's no word on the script at this point.

If you were a reader of this blog some three years ago, you may remember the April Fool's prank we pulled - again about the movie - that announced that Nicholas Rowe would be filling the title role. That year, a number of blogs and news outlets picked up on the rumor and ran with it. Punk'd!