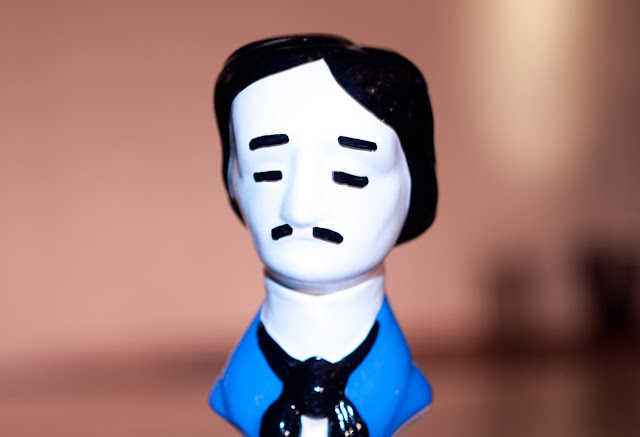 The Strand Magazine has been selected as the recipient of a Special Award in this year's Edgar® Awards.

Every January 19th, Mystery Writers of America announces the nominees for Edgars (January 19th being Poe's birthday), honoring the best in mystery fiction, non-fiction, and television published or produced the previous year.

This year marks the 214th anniversary of the birth of Edgar Allan Poe.

Mystery Writers of America is the premier organization for mystery writers, professionals allied to the crime-writing field, aspiring crime writers, and those who are devoted to the genre. MWA is dedicated to promoting higher regard for crime writing and recognition and respect for those who write within the genre.

They provide scholarships for writers, sponsor MWA Literacy programs, sponsor symposia and conferences, present the Edgar® Awards, and conduct other activities to further a better appreciation and higher regard for crime writing.

The 2023 Edgar Nominations were announced today and contain a wide variety of material. Of particular note is the naming of The Strand Magazine as recipient of the Ellery Queen Award, one of the categories of Special Awards.

The Ellery Queen Award was established in 1983 to honor “outstanding writing teams and outstanding people in the mystery-publishing industry.”

According to the press release,

“This year the Board chose to honor The Strand Magazine, a bimonthly periodical known as much for its incisive articles about the mystery world and its practitioners and penetrating interviews with top authors like James Patterson and Lee Child, as for unearthing lost short stories penned by now-dead literary greats, such as a 600-word short story by Raymond Chandler, written in the 1950s toward the end of his life, as well as the forgotten fiction of such giants as Dashiell Hammett, William Faulkner, Tennessee Williams and H.G. Wells.”

Andrew Gulli, managing editor of The Strand—in print for 25 years—said,

“When The Strand started 25 years ago, we had no idea how big it would get. So, it’s great to see The Strand being honored with the Ellery Queen Award from Mystery Writers of America. MWA has always felt more like a community—one in which I’ve formed strong friendships and where The Strand has found some of its best authors. As a print publication with a strong online presence, The Strand has had to continuously adapt to an ever-changing industry and being honored with the Ellery Queen Award from MWA serves as definite proof that print is not only alive but kicking! Here’s to another 25 years!”

It's a testament to the hard work, ingenuity, and consistency that Gulli has brought to the publication over the two and a half decades he's been at the helm.

Longtime listeners of I Hear of Sherlock Everywhere may remember our conversation with Andrew Gulli in Season 11 on Episode 139: The Strand Magazine:

(Archives of IHOSE can be found at ihose.co/ihoseshows or through the "Listen" navigation on the website.)

Recipients will gather for the 77th Annual Edgar Awards Ceremony on April 27, 2023 at the Marriott Marquis Times Square in New York City.