Baker Street Elementary — Now That I Do Know It

“I shall do my best to forget it” [STUD] 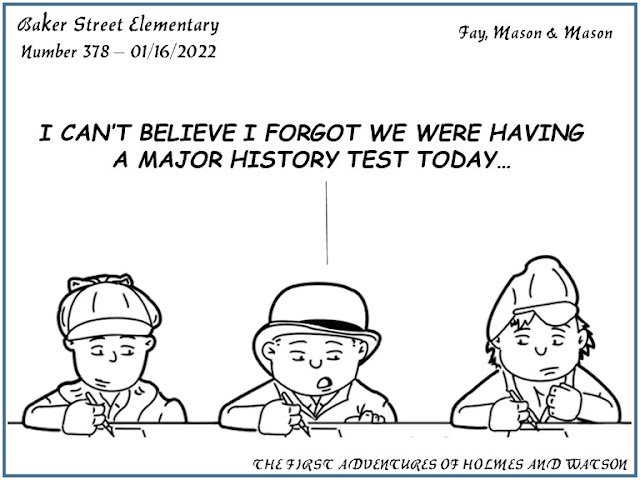 Talk about embarrassing...
Last Sunday was one of the weeks when our fortnightly feature "Baker Street Elementary," courtesy of our friends Joe Fay and Steve & Rusty Mason from The Crew of the Barque Lone Star was to run.
And thanks to all of the activity bustling around the BSI Weekend, we dropped the ball. Whether because of being overwhelmed with seeing all of the online updates or from traveling, we just forgot about it.
Which seems entirely on-brand for today's comic.
When we think about all of the things Sherlock Holmes had to keep in his mind and the multiple monographs he seemed to have at the ready (much like Adam West's Batman had the can of Bat Shark-Repellent spray handy that one time a shark froze to his leg...), it's astounding that his "little brain-attic" seemed to be organized and prepped for just the right moment.
Even Conan Doyle Watson seemed to have difficulty remembering dates. H placed "Wisteria Lodge" in 1892, when Holmes was in the second year of his hiatus.
And the ultimate fumbling of dates: not between stories, but within one. When Jabez Wilson visited Baker Street in "The Red-Headed League" and shared the origins of his strange tale, he noted "April 27, 1890, just two months ago." And yet, when he returned a little while later, he showed Holmes and Watson this:

He held up a piece of white cardboard about the size of a sheet of note-paper. It read in this fashion:
The Red-headed League
is
Dissolved
October 9, 1890.

That is one long case.
Perhaps that untested memory got its start at Baker Street Elementary...
[We'll be back next week, with our regularly scheduled programming.] 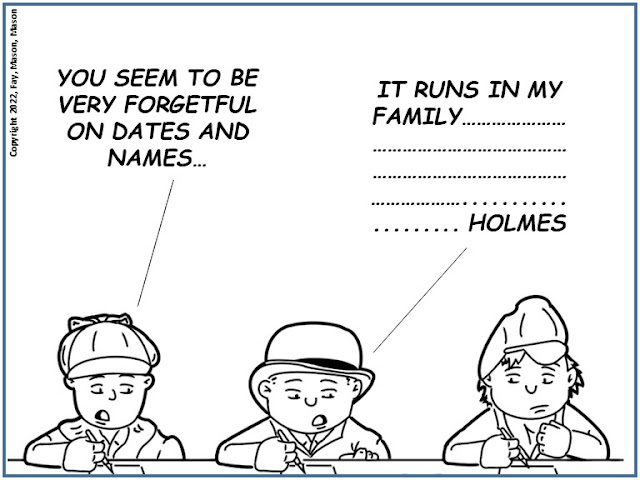 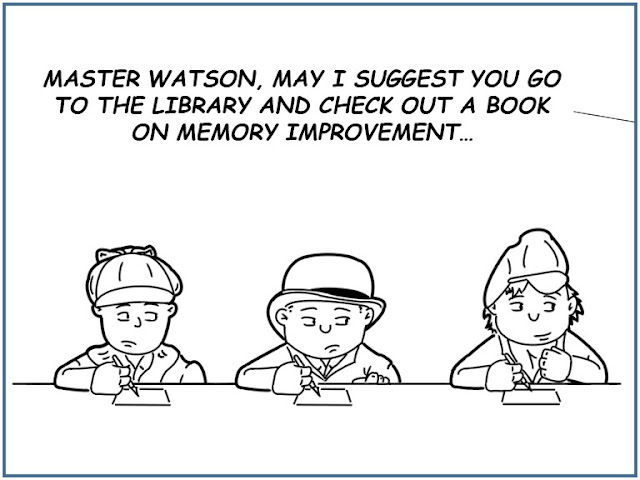 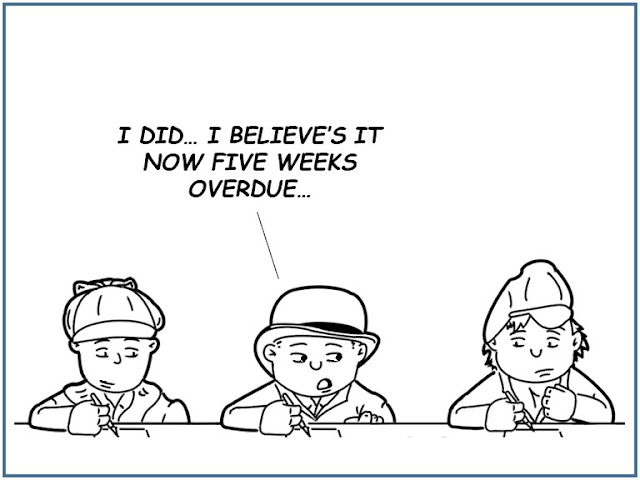 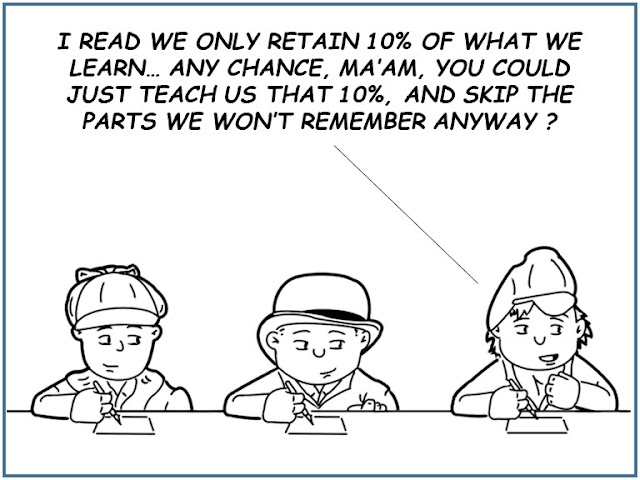 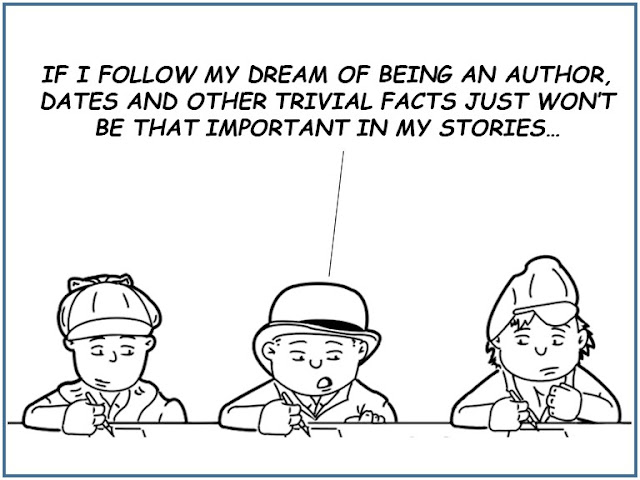