“in the vain hope of seeing some signs” [STUD] 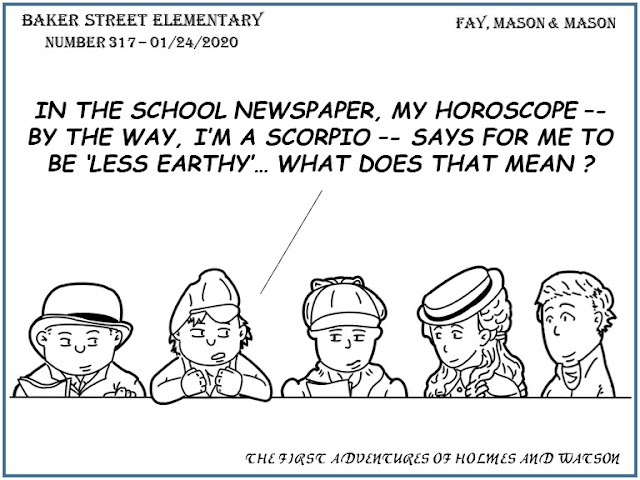 "So the B.S.I. never had any strictly formal organization; and since the disappearance of the early memoranda, no one remembers who were the founding fathers. It is sad to record that Miss B. married a man who, so far as we know, has no special interest in Sherlock. The first dinner was held June 5, 1934. Mr. H. G. Wells, who had been in New York about that time, should have been there, but admitted that he could not pass the examination. One member, of a horoscopic bent, announced that zodiacal and astrological study indicated Sherlock’s birthday as probably January 6, 1854. This pleased me as it coincided with the birthday, in 1894, of the 2nd Garrideb, Dr. Felix Morley. So we decided to hold the annual meeting, if possible, some time during January."

But when it comes to Holmes's zodiacal sign, Nathan Bengis took a different view ("What Was the Month?" The Baker Street Journal, Vol. 7, No. 4, 1957):

"For consider: if Sherlock Holmes was born on January 6, he comes under the sign of Capricorn; but if in May or June, he must be assigned to Taurus, Gemini, or Cancer. Now to denominate the Master as a Goat is simply ludicrous; a Bull, patently absurd, and a Crab, a rank insult. So that, by the end of the much vaunted Sherlockian process of elimination, he most be a son of Gemini, the very sign within which Mr. Boswell's date of June 17 falls! What is more, Sherlock Holmes has precisely — with possibly one exception — the virtues commonly attributed to this most amicable of the signs: to quote from a book on the subject, "Scientific, judicious, fond of reading, ambitious of fame, moderate and temperate in eating and drinking, generally respected and good members of society."

It's highly unlikely that Holmes himself subscribed to (or was even aware of) the "science" or superstitions of the zodiac, as his knowledge of astronomy was "Nil." and he didn't take things like spectral hounds or blood-drinking vampires seriously.
Then again, things at Baker Street Elementary are always a little different... 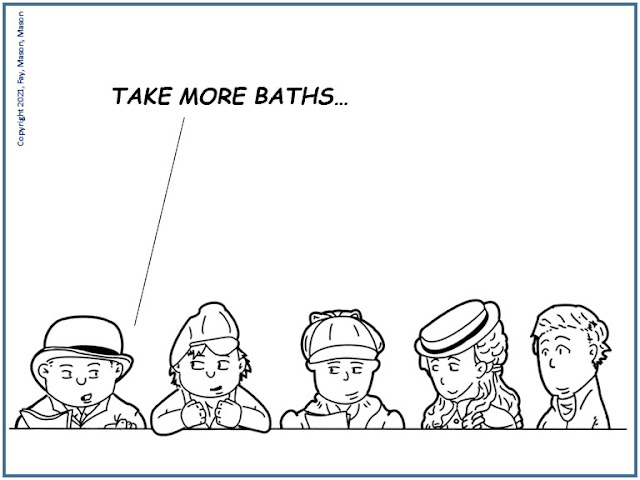 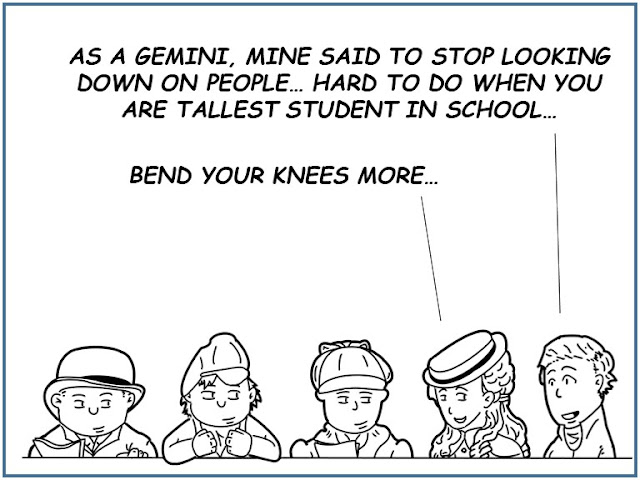 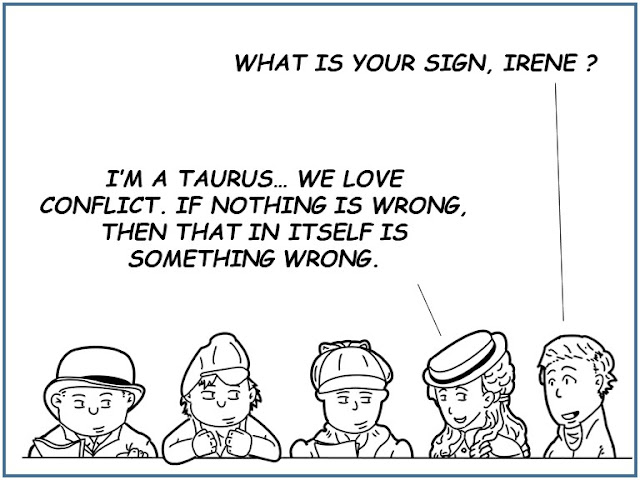 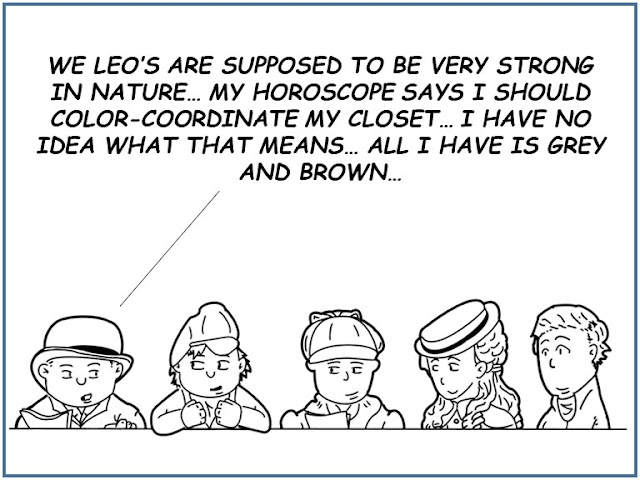 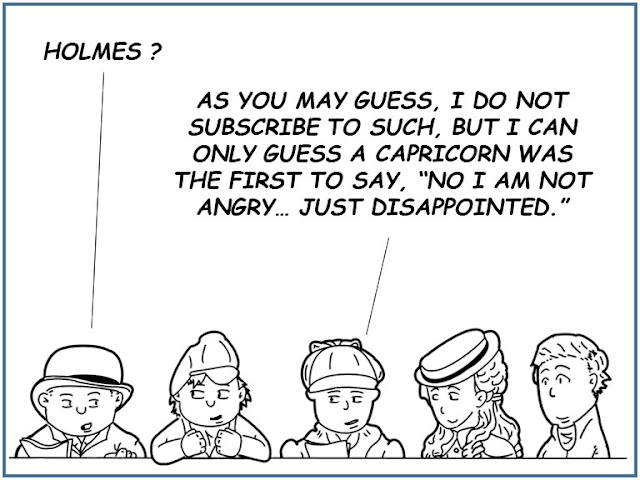