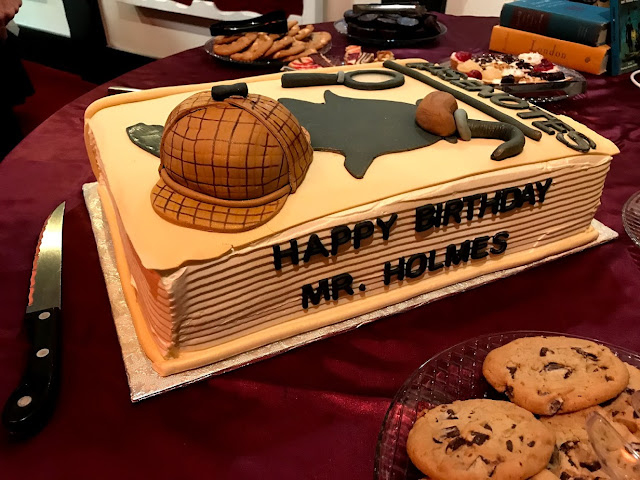 In addition, William S. Baring-Gould in his The Annotated Sherlock Holmes, posited that because Holmes was a little cranky on the morning of January 7th - the date on which The Valley of Fear began - he had a hangover, induced by birthday celebrations the evening prior.
And why 167? Scholars have fixed the year of Sherlock Holmes's birth to 1854 by virtue of a line in "His Last Bow" when he was described as "a tall gaunt man of sixty."

The latest episode of Trifles, our weekly show where we discuss some of the minutiae in the Sherlock Holmes stories, covers this in greater detail, and with some additional research material. Do check it out on the podcast streaming service of your choice, the embedded file below, or at ihose.co/trifles210.
Sherlock Holmes: Trifles · Sherlock Holmes's Birthday