He Huli ʻUlaʻula - A Study in Scarlet

"the lady's story was complete" [ABBE] 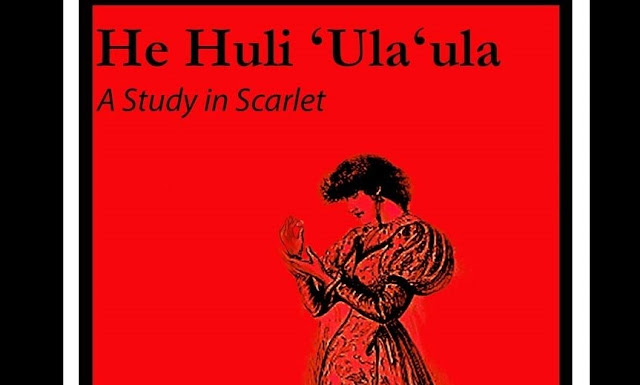 One recently released pastiche, He Huli ʻUlaʻula -  A Study in Scarlet by Leilehua Yuen, does an exceptional job by setting her pastiche in 19th century Hawaii. Although intended for the Young Adult audience, there are some really clever touches and insights that can appeal to Sherlockians of all ages.

Our "Watson" character is Fevronia Watkins, a young woman who loses her family and moves to Hawaii to stay with her uncle and his family. (The introductory sequence alone, highlighting her travels to the island, provide an equivalent context to her character as the original A Study in Scarlet [STUD] gave Watson.) When she arrives, she meets her cousin Kamaka Holmes, whose desire to become the first consulting detective in Hawaii is inspired by the methods and thinking of the Great Detective himself.

(This aspect is one of the joys of this volume; it is not just a simple transference of characters into this context, but also the fact that Holmes has an influence as a fictional character. Many of the story beats parallel the original A Study in Scarlet, but also manage to find unique twists and perspectives which are not usually found in most pastiches).

He Huli ʻUlaʻula also provides a very engaging mystery within a unique historical context. With its intentions to educate as well as entertain, this volume contains several appendices which include a glossary, some historical insights, and a poem by Alexander Pope. Various maps and photos strewn throughout the volume also provide a greater sense of time and place, and are used judiciously to engage the reader. Given that Hawaii's history transitioning from a kingdom to a republic is not common knowledge, He Huli ʻUlaʻula serves as a great entry point for further historical exploration.

As the first in a (hopeful) series of novels, He Huli ʻUlaʻula is an enjoyable work that reflects the Sherlockian canon in multiple ways. Leilehua Yuen has started a unique series of Sherlockian pastiches, and I cannot wait for the further adventures of Fevronia Watkins and Kamaka Holmes.

Available on Amazon in paperback and Kindle version.

(An electronic copy was provided for review purposes)