"repeated the same story with an absolute disregard" [VALL] 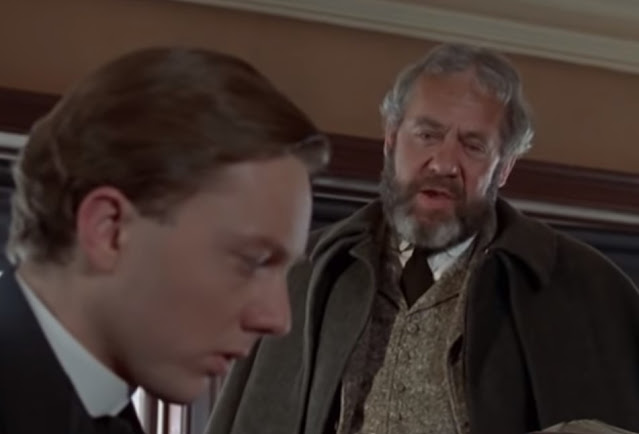 Well, they're at it again.
The Conan Doyle Estate, Ltd.—the incorporated business entity that was set up by distant family members of Sir Arthur Conan Doyle to profit from Sherlock Holmes-related works—is suing Netflix over the upcoming movie Enola Holmes.
The Enola Holmes Mysteries were written by Nancy Springer and involve a sister of Sherlock Holmes who is 20 years his junior. The series is being adapted for film, starring Millie Bobby Brown in the title role.
And now, just months before the movie's intended release, the CDEL is claiming copyright infringement and trademark violations.
If this sounds familiar, it should.
Recall five years ago, when Mitch Cullin's A Slight Trick of the Mind was turned into the film Mr. Holmes, the Conan Doyle Estate, Ltd. sued Miramax to stop the release of the film.
In that case, the CDEL named the film studio Miramax, its distributors Roadside Attractions and director Bill Condon — as well as publisher Penguin Random House and screenwriter Mitch Cullin as defendants.
Now, in a filing in the U.S. District Court in the District of New Mexico, the same jurisdiction as the previous lawsuit. Interestingly, that one claimed New Mexico was the appropriate venue since Cullin grew up there and met with John Bennett Shaw in the latter's Santa Fe home.
Named as defendants: Nancy Springer, Penguin Random House, Legendary Pictures Productions, Netflix, PCMA Management and Productions, EH Productions UK, Jack Thorne, and Harry Broadbeer. An impressive, if similar group: one that would seem wide enough that the CDEL might be able to catch some fish.
The question is whether their legal reasoning is as sound as last time.
In this filing, the best they can do is to say that the Enola Holmes books were sold in the United States and Netflix is releasing the film in the United States, and since New Mexico happens to be one of those states, it should be the venue of the case. To say nothing of the state being the residence of the "corporate memory" of the CDEL.
Before we get into the specific claims, let's review what we know from previous entries. [For a full timeline of #FreeSherlock posts, see the Timeline of Events in this link. - Ed.]
When the CDEL sued over Mr. Holmes, it had the same modus operandi: the book had been published the decade before, yet it was only when a Hollywood payday — and a solidified release date — became apparent that the CDEL showed up with its hand out.
In a 2014 decision, the 7th Circuit Court of Appeals landed this blistering observation over the case involving author Leslie S. Klinger:

"The Doyle estate’s business strategy is plain: charge a modest license fee for which there is no legal basis, in the hope that the "rational" writer or publisher asked for the fee will pay it rather than incur a greater cost, in legal expenses, in challenging the legality of the demand. The strategy had worked with Random House; Pegasus was ready to knuckle under; only Klinger (so far as we know) resisted. In effect he was a private attorney general, combating a disreputable business practice—a form of extortion—and he is seeking by the present motion not to obtain a reward but merely to avoid a loss."

Not only did they lose that judgement, but the CDEL had to pay Klinger's legal fees as well.
Judge Posner, in his decision, counseled the business entity:

"It’s time the estate, in its own self-interest, changed its business model."

It's clear they did not heed that sage advice.
In the latest filing, focusing on the last 10 stories that are in copyright, written between 1923 and 1927, the CDEL writes:

"In World War I Conan Doyle lost his eldest son, Arthur Alleyne Kingsley. Four months later he lost his brother, Brigadier-general Innes Doyle. When Conan Doyle came back to Holmes in the Copyrighted Stories between 1923 and 1927, it was no longer enough that the Holmes character was the most brilliant rational and analytical mind. Holmes needed to be human. The character needed to develop human connection and empathy."

Is this to say that Holmes did not exhibit human connection or empathy in the previous 50 stories? His reaction to putting Watson through a smoke-infused ritual in "The Devil's Foot" had plenty of emotion. His way with women in earlier cases made it clear he could employe empathy when he needed to get information out of them.
Besides, is it reasonable to expect a court to grant trademark or copyright on the development of emotions?
We thought the CDEL was desperate before. Either they're in dire need of funds or they're getting really poor legal advice. And that's just from this armchair lawyer's perspective.
They're doubtless trying to push for a settlement, just as they did with Miramax over Mr. Holmes. Recall that the nefarious Harvey Weinstein ran Miramax. Strangely enough, he may not have been the only odious person in the room in that case.
The method and mode of this lawsuit stinks. We hope the case gets the same treatment and has the same outcome as Klinger's initial case.