“a cloud of newspapers” [NOBL]

It's not an understatement to say that we don't see print editions of newspapers as widely distributed as in years past.

Subscriptions have dropped and many local papers have gone from daily to semi-daily to even weekly publications in response to lower advertising revenue and fewer subscribers.

The digital era not only means that we can find news for free, but that digital subscriptions have been more common. To make matters even more fraught, we've seen a drop in newsroom employees, as publishers have had to lay off staff to keep from hemorrhaging money.

But there was a time when not only were newsrooms and newspapers flourishing, but there were typically morning and evening editions of papers.

Most major metropolitan areas had morning papers, evening papers, and even papers that ran both. It seems odd, but in the heyday of print, such operations meant something closer to a 24/7 news cycle.

It was of course in this environment that Sherlock Holmes found himself using the advertising services of papers like the Globe, Star, Pall Mall, St. James’s, Evening News, Standard, Echo, and any others that came to Commissionaire Peterson's mind in "The Blue Carbuncle."

We wonder how Holmes would have tracked down Henry Baker in modern era. Perhaps Wiggins' dog could have brought him by Baker Street Elementary... 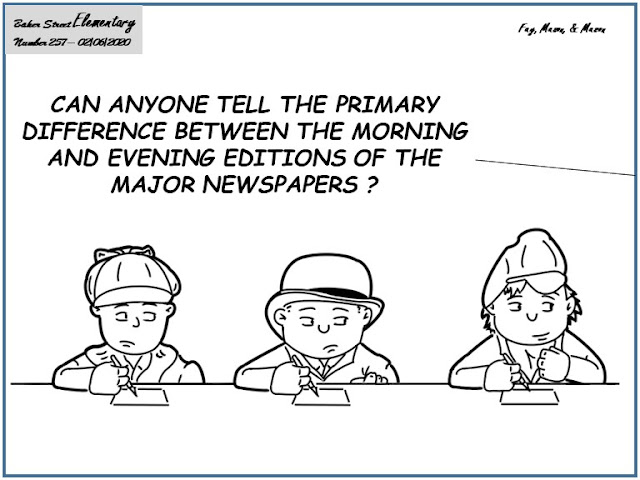 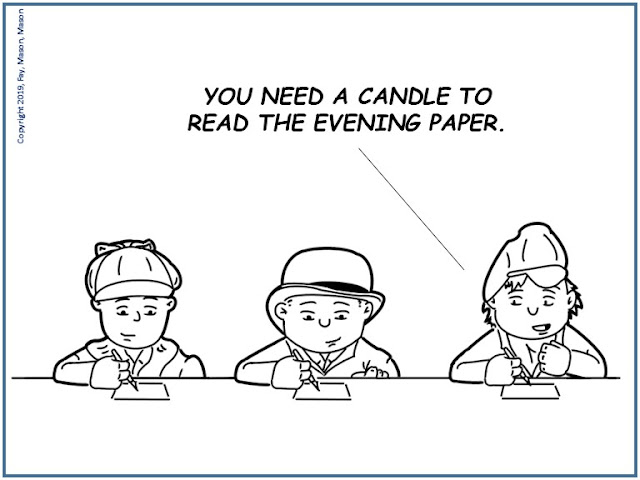 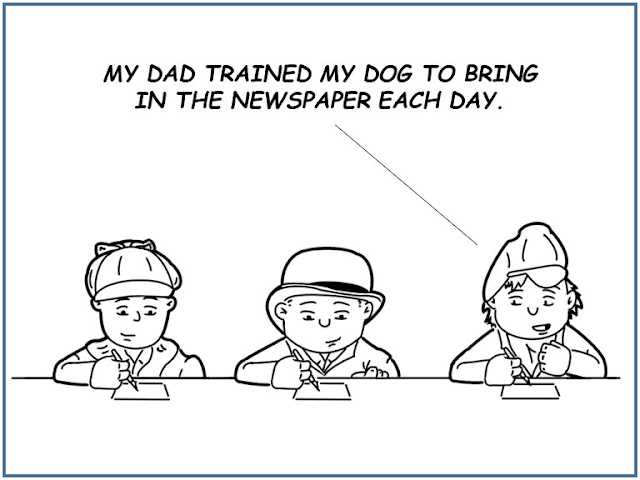 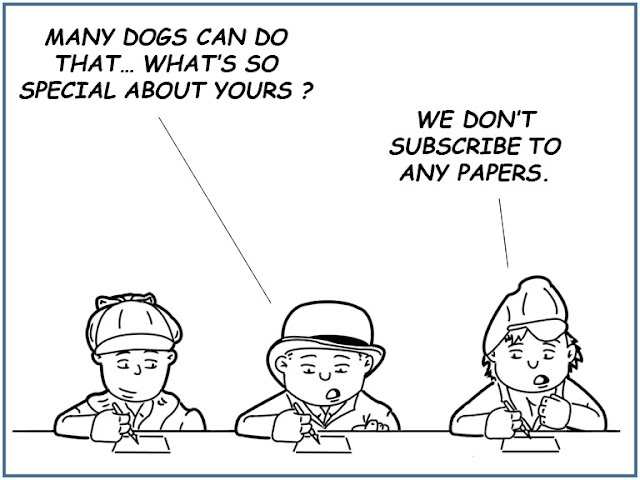