"one whose doubts are resolved" [SECO]

When we ring in the New Year, we typically do so with fanfare and a look toward the future, in an effort to put our best foot forward.

And in doing so, we also take a look backward to assess our shortcomings and areas where we think we might improve. It is human nature to anticipate, as well as to critique.

We see a microcosm of this in the Sherlock Holmes stories: Sherlock Holmes was certainly one who offered his fair share of critiques — of Scotland Yard, of the establishment, of Watson, and even of himself ("kindly whisper 'Norbury' in my ear"). But we can also find instances of anticipation in the Canon — Holmes grinning with glee as he surprised Watson or the occasional police detective with his clever disguises, and even Holmes looking forward to a visit with his old friend Watson.

Naturally, at Baker Street Elementary we find an earlier incarnation of critiques and anticipation... 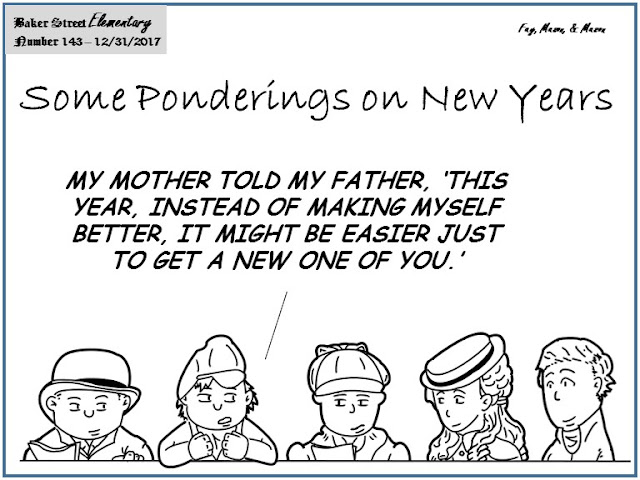 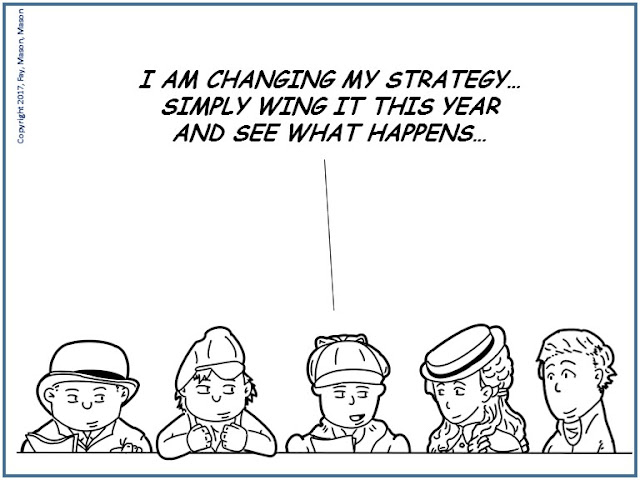 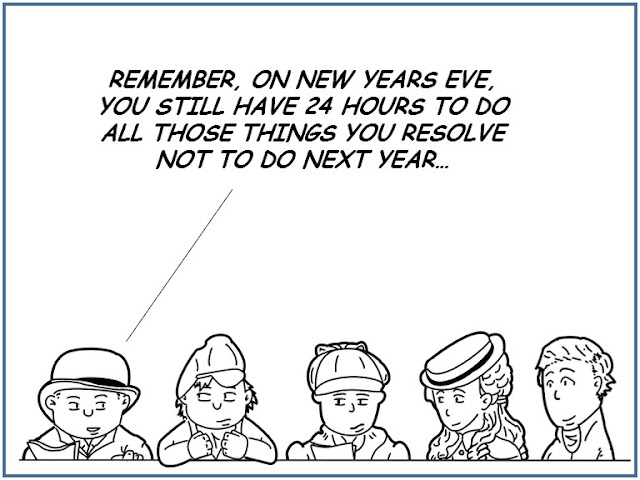 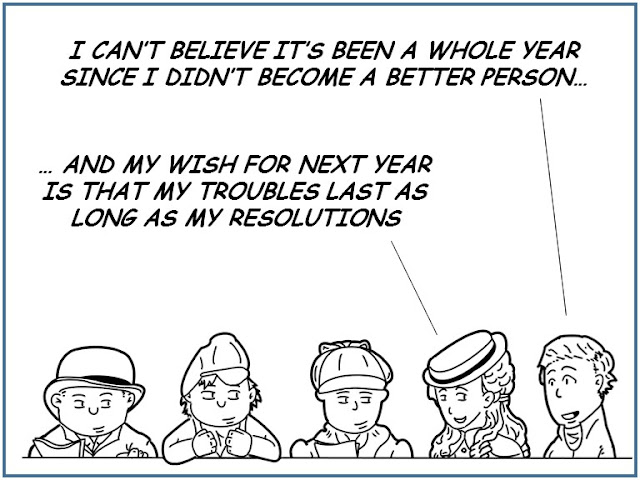