"Besides he is not a traitor." [LAST] 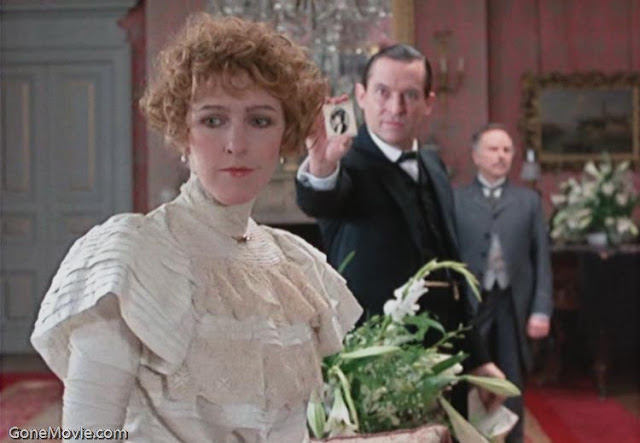 The word "treason" has been tossed around in a political context quite a lot in recent months, and sometimes, I'm afraid, by people who don't know precisely what it means.

Regrettably, it seems possible that Sherlock Holmes (who had, according to Watson in A Study in Scarlet, "a good practical knowledge of British law") didn't know either.

He uses the word "treason" four times in a single story, "The Bruce-Partington Plans," and nowhere else in the Canon, though it turns up once in a metaphorical context in The Valley of Fear. Indeed, Holmes and Watson toss around the words "treason" and "traitor" throughout the Bruce-Partington tale, referring to the deeds of the unexpected villain who stole the secret submarine plans and attempted to sell them to European spies.

"To treason," Holmes tells the perpetrator at the climactic point of the story, "you added the more terrible crime of murder." The reply? "Before God I swear that I did not!" True enough, for it turns out that he didn't, himself, commit the murder; and stealing government documents, while it may be espionage, isn't necessarily treason.

British legislation on the matter dates back to the Treason Act of 1351, still in effect though many times amended. This law offers many ways of committing treason, from attempting to kill the sovereign (the King or Queen), to violating the sovereign's eldest daughter, using force or other constraint "to intimidate or overawe both Houses or either House of Parliament," and, most important, "adhering to the sovereign's enemies, giving them aid and comfort." To this day, the authors of pastiches love to see Sherlock Holmes battling treason and espionage — and, most of all, attempts to kill the sovereign. But possibly they, too, are a little hazy about what treason is.

The phrase about "adhering" to enemies of the state was little changed when it was incorporated into Article III, Section 3 of the Constitution of the United States: "Treason against the United States, shall consist only in levying war against them, or in adhering to their enemies, giving them aid and comfort." This definition is elaborated, but not much, in the relevant statute, 18 US Code chapter 115 s.2381.

It was not felt necessary to make provisions in the Constitution about the sovereign's eldest daughter, and assassinating a President of the United States is not treason (Leon Czolgosz, the most recent presidential assassin to face trial, was convicted of murder under New York law).

As for the lifting of those Bruce-Partington plans, stealing and spying are not "levying war," and since the story is taking place in peacetime, it would be difficult to argue that the agent Hugo Oberstein represents any particular "enemies" to whom the villain is adhering. Declare him guilty of theft and espionage, then, but not, by American standards, guilty of treason, and be grateful for a constitutional clause designed to protect the weak and misguided as well as the strong and upright.

I suppose it might be possible to argue under British law that the sovereign can have "enemies" even in peacetime, but if there is case law to that effect, it doesn't jump out at the casual researcher. The most recent people to be convicted of treason in Britain committed their evil deeds during World War II (they include William Joyce, "Lord Haw-Haw"), and the most famous in modern times was Arthur Conan Doyle's acquaintance Roger Casement during World War I. In the United States, similarly, there were a few cases after World War II. Julius and Ethel Rosenberg, executed in 1953, were convicted of espionage.

The villain in "The Bruce-Partington Plans" should have been sentenced to death if he was indeed guilty of treason, but Watson's narrative makes clear that he was not: he "died in prison towards the end of the second year of his sentence." Probably not treason then, but espionage, although it too could bring the death penalty, as could just three other crimes: murder, arson in Her Majesty's dockyards, and piracy.

It is notable that Oberstein was sentenced to fifteen years in prison, a reminder that foreigners may spy but cannot be guilty of treason, a crime of betrayal. It is notable also that Oberstein gets minor mention in another canonical story, "The Second Stain," in which another British subject, Lady Hilda Trelawney Hope, turns over government documents to another foreign spy. One wonders exactly why Sherlock Holmes did not accuse her of treason too.