"lost without my Boswell" [SCAN] 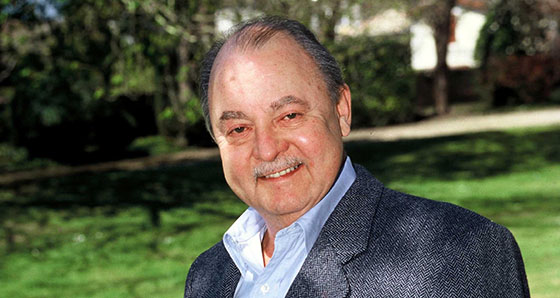 Best known as Higgins on Magnum P.I., John Hillerman died in his home in Houston on November 9, 2017. Often playing stuffy Brits, Hillerman was a Texan through and through. And "stuffy Brit" is of course the vein in which some Sherlockians knew him.

According to The Hollywood Reporter,


"He landed his first professional theatrical role in Middleton, Ohio, and went on to appear in productions at The Cincinnati Playhouse; it was there that he honed his British accent and natty style."

Aside from the long-running Magnum P.I. (1980-88), Hillerman was no stranger to the mystery genre. He was in the 1974 noir classic Chinatown and on the Ellery Queen TV series. For Sherlockians, he'll be remembered as Dr. John H. Watson to Edward Woodward's Sherlock Holmes in 1990's TV movie Hands of a Murderer.

Filmed in England with a script by Charles Edward Pogue who wrote Ian Richardson's two Holmes outings The Sign of Four and The Hound of the Baskervilles, the Woodward/Hillerman outing has received mixed reviews among Sherlockians. It has its fans for Woodward's Holmes (a fine actor although miscast here) and Anthony Andrews' Professor Moriarty; it is a bit slow moving but does have the nice touch of mentioning The Lost World's Professor Summerlee as a member of the Diogenes Club.

As for Hillerman's stolid Watson we might do no better that to quote the good doctor himself from "His Last Bow":


"...you have changed very little - save for that horrible goatee."


And for those with a penchant for Mel Brooks, here's a nice tie-in to our Boswell quote above:

ADDENDUM: I am reminded by Monica Schmidt that Hands of a Murderer was not Hillerman's only turn as Watson. The Season 4 Episode 18 of Magnum P.I. had Higgins recalling events from 1976 when a friend from Sandhurst, David Worth (Patrick Macnee) went to Hawaii to attend a funeral of a friend. Worth believes he is Sherlock Holmes, Higgins is Watson and the friend was murdered by the infamous Moriarty. Macnee played Watson for Christopher Lee and Roger Moore and was himself Holmes in more than one TV film. As Holmes might say. "The thing is beyond coincidence." [CREE]