About Being a Sherlockian — It's More Than the Stories 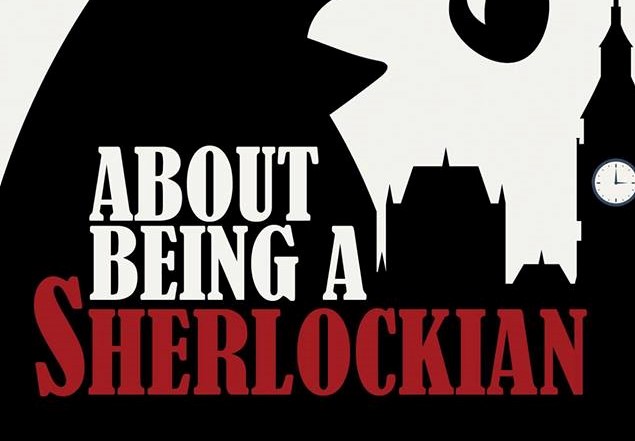 We use the term "Sherlockian" fairly frequently around here. To us, it's a term that means more than just being a fan of the hit BBC series. And it's even more than someone who has been studying the Sherlock Holmes stories for years.

No, "Sherlockian" is a term of endearment, an acknowledgment of a fellow "geek," a realization that Sherlock Holmes is more than a character in 60 original stories, countless movies, TV shows, stage plays, fanfic, pastiches, podcasts and more.

To us, "Sherlockian" is a badge of honor. It's a code word for someone who dedicates countless hours to the pursuit of a pastime that involves immersing themselves not only in a world of storytelling, but also in a world with other like-minded people.

And so it was that Christopher Redmond assembled some 60 like-minded people to write a collection of essays. You may recall that a little over a year ago, he debuted About Sixty: Why Every Sherlock Holmes Story Is the Best, where 60 authors were each assigned one story from the Canon and had to make the case for its preeminence. It was an exercise in cleverness (for the authors) and sadism (for the editor). And it turned out remarkably well.

Never one to let a good idea go to waste and directly following the success of About Sixty, Chris contacted 60 Sherlockians with a similar idea: another collection of essays, but this time about Sherlockians and what they do, with an emphasis on the authors’ stories of their own direct experiences. The result is About Being a Sherlockian, which is as much an explanation to the external world about our unique hobby as it is a journal of sorts, bringing us into the mind of familiar (or at least familiar types of) Sherlockians.

The book embraces the world of traditional Sherlockian societies and friendship, as well as creators, scholars, the fandom, collectors, and other branches of this amazing adventure.

"Perhaps most of the readers will be those who are already Sherlockians, but if the book should fall into the hands of someone who is not, I think it will give a very appealing picture of the endless riches to be found in What It Is We Do." 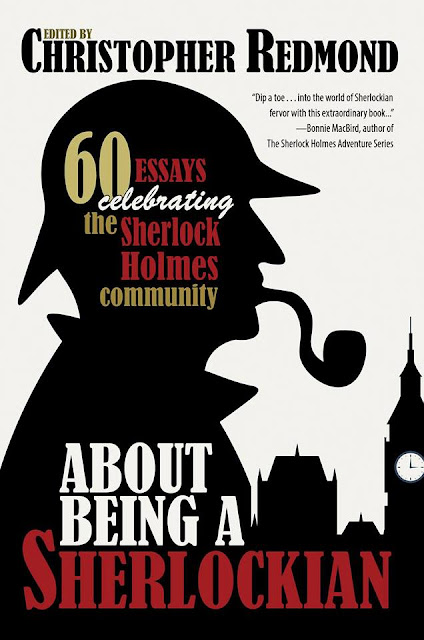 Edgar Smith long ago penned an essay in The Baker Street Journal called "The Implicit Holmes" that opened with the line "What is it that we love in Sherlock Holmes?" It became an instant classic and is an essay that so many of us use to help explain our interest in the stories.

But About Being a Sherlockian goes much further than that. It explores the deeper ties we have not only with Holmes, but with each other. And that's something that keeps many of us coming back to society meetings or even the Baker Street Irregulars and Friends Weekend.

Get over to Wildside Press and purchase a copy of About Being a Sherlockian. See if the stories don't resonate with you.

And just in case, perhaps you'd like to listen to Episode 108: Becoming a Sherlockian as a companion piece.