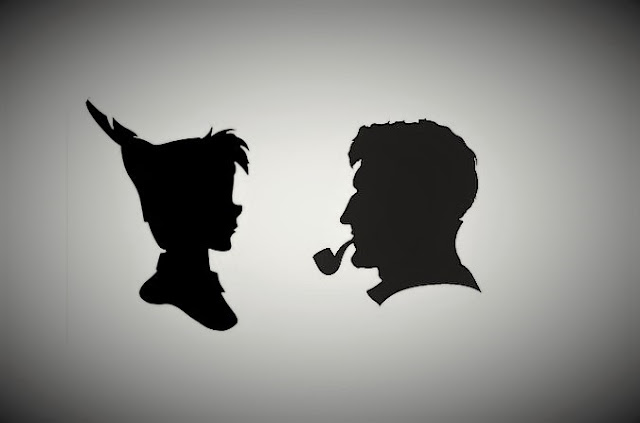 Arthur Conan Doyle had the good fortune to be a working author in the one time and place where Sherlock Holmes and John Watson could achieve, not literary immortality but, historical reality and create the fandom movements of the twentieth and twenty-first centuries. Historical reality. People believed in the reality of Holmes and Watson.

As the Industrial Age got underway, the need for an educated and literate workforce grew. Schools where reading, writing and mathematical skills were supplemented to religious indoctrination increased. Mass production costs decreased. Early in the eighteenth century all but the poorest could afford a newspaper and all but the poorest could read it and as the century went on the ratio of “poorest” decreased. The papers served the entertainment function of radio and television of later ages and carried a mix of fact and fiction; the line between the two could be broad and blurred. Serialized novels ran in the papers as a way to guarantee a constant circulation and the lengthy tomes that bore in today’s English class were the breathless “find out what happens next” to Edmond Dantès or Samuel Pickwick in the must-buy next issue.

Wilkie Collins, Alexandre Dumas, Charles Dickens, Herman Melville, Gustave Flaubert, Henry James, Fyodor Dostoyevsky, Harriet Beecher Stowe, Leo Tolstoy and many others had their novels first serialized in newspapers and magazines, but it was The Strand Magazine and Doyle who first serialized a character in a self-contained story in the 1890s that gave the public real-life fictional people.

The end of the nineteenth century was the apex of Newtonian certainty. Humanity was on the brink of looking behind the veil of stars to see the clockwork mechanics of the universe. Science and technology were filling in the untidy gap on the bookshelf of knowledge and it was men like Sherlock Holmes (and, generally unsung, women) who were penning those new tomes.

The self-contained unit of the short story combined with continuing adventures of two realistic men in a real city, in a current time period (“One night - it was on the 20th of March, 1888,” [SCAN] “I had called upon my friend, Mr. Sherlock Holmes, one day in the autumn of last year,” [REDH] “When I glance over my notes and records of the Sherlock Holmes cases between the years ‘82 and ‘90 …. The year ‘87 furnished us with a long series of cases of greater or less interest …. It was in the latter days of September, and the equinoctial gales had set in with exceptional violence.” [FIVE]), using cutting edge, but real, knowledge and technology that let the reader believe, if they were so inclined, that Holmes and Watson were real or very well could be.

It was Doyle’s talent, the short story format and the tools of the popular magazine memoirist that gave the fictional pair the verisimilitude of life. They existed outside of Doyle’s stories almost as soon as they appeared in the Strand. Ann K. McClellan in "Tit-Bits, New Journalism, and early Sherlock Holmes fandom" wrote:


“For instance, just a year after Sherlock Holmes first appeared in the Strand’s ‘A Scandal in Bohemia,’ Tit-Bits published an inquiry regarding the character’s real-life existence: ‘Buttons wishes to know whether Sherlock Holmes, the detective genius…is or is not an actual person. We cannot positively say. As a matter of fact, we have not made the personal acquaintance of Mr. Sherlock Holmes…If…we should find that no such person is in existence we shall then be very much disappointed indeed’ (Tit-Bits, January 23, 1892).”

A modern media whose attributes have remained constant over the last 150 years added to that plausibility by reporting Holmes’s presence in advertisements, plays, musicals and song. The immediate popularity of the twenty-four short stories between 1891-1893 inspired other series characters, which flourished in the slicks and pulps until the Great Depression of 1929 winnowed the market.

The Hound of the Baskervilles was serialized in The Strand Magazine in 1901-1902. During that run, an open letter to Dr. Watson—not Doyle mind you—appeared in the January 23, 1902 issue of the Cambridge Review and took the doctor to task for the inconsistencies present in the tale. Published in book form in 1902, it became one of the first best-sellers in the modern sense and the latter half of Holmes’s literary career gave rise to the Golden Age of mystery fiction staring in the 1920s when many of the rules of the genre were codified. While short stories still had a market from the 1930s to the 1960s, the money for publishers and authors shifted to the novel series character.

With this move from the transient immediacy of monthly publication to library-shelf permanence of the novel came the Peter Pan-ing of the series character.

In A Visit to Three Fronts: Glimpses of the British, Italian and French Lines, published in August 1916, Doyle wrote


“[French General Georges] Humbert is a Lord Robert’s figure, small, wiry, quick-stepping, all steel and elastic, with a short, sharp upturned moustache, which one could imagine as crackling with electricity in moments of excitement like a cat’s fur. What he does or says is quick, abrupt, and to the point. He fires his remarks like pistol shots at this man or that. Once to my horror he fixed me with his hard little eyes and demanded ‘Sherlock Holmes, est ce qu’il est un soldat dans l’armée Anglaise?’ [Is Sherlock Holmes a soldier in the British Army?] The whole table waited in an awful hush. ‘Mais, mon general,’ I stammered, ‘il est trop vieux pour service.’ [But, general, he is too old to serve.] There was general laughter, and I felt that I had scrambled out of an awkward place.”

In the late spring of 1916, when this incident took place, Doyle knew Holmes’s approximate age. In “His Last Bow,” the stated age of the Altamont-disguised Holmes was 60, which in fact fits very well with the then-published corpus. But the demands of publishers, with stays on best-seller lists for months, library lending for years and, in 1935, the rise of paperbacks, called for the existence of ageless characters inhabiting an ever-present now of novels, preventing literary characters from achieving a historical reality.

Raymond Chandler’s Philip Marlowe ages only nine years in the fourteen years that transpire between The Big Sleep and The Long Goodbye. From Raymond Chandler: A Literary Reference edited by Robert F Moss:


“In answer to a letter, receive in 1951 from a D.J. Ibberson of London, Chandler wrote a long account of ‘the facts of Philip Marlowe’s life.’ The date of Marlowe’s birth, he said, was uncertain, but he was about thirty-eight, and remained the same age.”


In The Mysterious Affair at Styles (published in 1920, written in 1916), Hercule Poirot was already an old man and retired from police work in Belgium. In the novels Third Girl (1966), Hallowe’en Party (1969), and Elephants Can Remember (1972) the setting is clearly the 1960s (or “the present”). Even if Poirot retired at a canonical 49, he’d be 99 in 1966. Agatha Christie was well aware of the ridiculousness of the situation and wrote Poirot’s last case, Curtain, about 1940, although it wasn’t published until 1975, shortly before Christie’s own death.

Earl Stanley Gardner’s Perry Mason was in over eighty novels and short story collections from 1933’s The Case of the Velvet Claws to 1973’s The Case of the Postponed Murder. Mason, Della Street and Paul Drake not only remain ageless in their ever-present now, but have very little backstory. They exist to serve the function of the mystery and are seemly stored in amber between cases.

It is impossible to play The Game in such an unhistorical vacuum, where the age of the characters cannot be matched to the date of their adventures; where indeed the adventures have no dates. As Watson wrote in "The Adventure of the Veiled Lodger,"


“When one considers that Mr Sherlock Holmes was in active practice for twenty-three years, and that during seventeen of these I was allowed to co-operate with him and to keep notes of his doings, it will be clear that I have a mass of material at my command.”

Holmes and Watson are dimensional; they lived in a space and time that could be plotted by the contemporary and future reader and had existence outside of the current memoir being read; Holmes’s college years and travels during the Great Hiatus, Watson’s marriage and military experience, the many other cases they worked on—hinted at but unchronicled. While the end of the nineteenth century was the apex of the Newtonian worldview, the twentieth century unveiled a quantum microcosm where Heisenberg is uncertain of both the exact speed and exact position of an object, where Schrödinger’s cat is alive or dead whether you observe it or not, where spooky action at a distance can entangle the untouched. Peter Pan becomes the norm, never aging because he refuses to. Time happens to Holmes and Watson as it does to other mortals; Marlowe, Mason and Poirot pass through time but don’t partake of it. They are Lost Boys will-o’-wisps in a Neverland, not solid points in a fixed age. They may have a shelf life, but they don’t have life.

Doyle wrote in that brief period when the contemporary and historical could coexist without being shunted into the Historical Mystery category and cast in bronze like Ellis Peters’ Brother Cadfael, Lindsey Davis’ Marcus Didius Falco or even Walter Mosley’s Easy Rawlins. Holmes and Watson went to see Sarasate and Norman-Neruda with the readers of the Strand (or the readers might have sat with the pair at any rate) and aged with the faithful audience. In the late 1880s, Holmes and Watson are “two middle-aged gentlemen … flying westward at fifty miles an hour” [BOSC]; in 1914, Watson is “a heavily-built, elderly man with a gray moustache” [LAST] and in "The Adventure of the Creeping Man," we the reader are greeted like old friends:


“Mr Sherlock Holmes was always of opinion that I should publish the singular facts connected with Professor Presbury, if only to dispel once for all the ugly rumours which some twenty years ago agitated the University and were echoed in the learned societies of London. There were, however, certain obstacles in the way, and the true history of this curious case remained entombed in the tin box which contains so many records of my friend’s adventures. Now we have at last obtained permission to ventilate the facts which formed one of the very last cases handled by Holmes before his retirement from practice. Even now a certain reticence and discretion have to be observed in laying the matter before the public. It was one Sunday evening early in September of the year 1903 ….”

One can almost feel the crackling hearth, smell the leather chairs and taste the proffered tea (or Petri wine) of our host.

Such realities have disappeared from our serial fiction. Publishing demands to keep contemporary series characters timeless and ever-green in novels pumped out yearly decade after decade have made them lifeless and never-being. The fandom that grew around Sherlock Holmes can only exist around science fiction and TV shows, of which the best of them have their own reality and chronology that can approximate the experience of its consumer.

Within that fandom of The Game we explore the history Holmes and Watson lived, a Victorian world that is very relevant to our own, peopled with being just like the ones with whom we interact daily. By the specificity of time and place we find universality. Through the contingencies of history, Doyle created the only serialized characters with the reality of living, with which The Game could be played as “solemnly as a county cricket match at Lord’s”; where we can open the pages of the Canon and believe.

A lesser author couldn’t have done it.