The Roylott Files — Don't Try This At Home

"He had trained it, probably by the use of the milk" [SPEC] 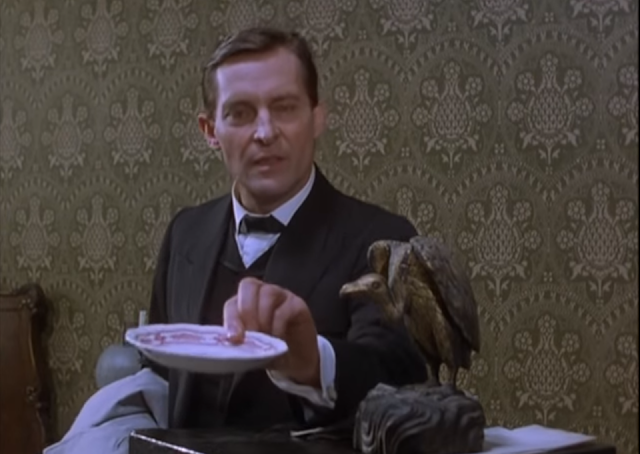 While many of Sir Arthur Conan Doyle's original Sherlock Holmes stories get picked apart for accuracy by Sherlockian scholars (see The Grand Game), the most popular tend to be more heavily scrutinized. Especially when matters of animal behavior are involved.

At this point, we should all be familiar with the concept behind "The Adventure of the Speckled Band." If you're not, stop reading this immediately, and go read SPEC. Spoilers await below.

If you've read the story, you'll know that there are some exotic creatures that inhabit Stoke Moran. These include a cheetah and a baboon that roam the grounds at night. But Holmes finds a saucer of milk in Dr. Roylott's room when making a search.

As you know by now, Roylott was said to have recalled the snake through the ventilator by whistling and offering the snake a saucer of milk. As a number of Sherlockian scholars have written, snakes are deaf, so whistling would be fruitless.

But there is a tradition in Indian culture whereby milk is offered to snakes at Hindu temples that follow Nag Panchami, the worship of snakes or serpents. According to one source, it is based on a longstanding folk tale:

A tale of a farmer living in a village. He had two sons and one of whom killed three snakes during ploughing operations. The mother of the snake took revenge on the same night by biting the farmer, his wife and two children and they all died. Next day the farmer’s only surviving daughter, distraught and grieved by the death of her parents and brothers, pleaded before the mother snake with an offering of a bowl of milk and requested for forgiveness and to restore the life of her parents and brothers. Pleased with this offering the snake pardoned them and restored the farmer and his family to life.

However, the Times of India reminds residents not to give milk to snakes, as it can be deadly. "Animal rights activists and veterinary experts say a snake's system cannot digest milk at all."

Someone should have informed Grimesby Roylott. Offering milk to his snake turned out to be deadly in his case as well.