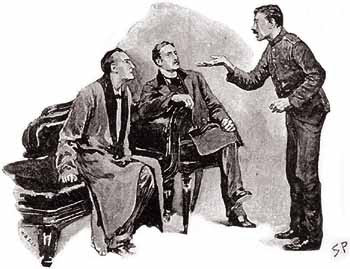 Today traditionally marks the date on which "The Adventure of the Blue Carbuncle" took place. The seventh in the series of stories that make up The Adventures of Sherlock Holmes, BLUE is the sole Christmas story in the Sherlock Holmes canon.

So, we bring you "Two Days After Christmas," a tribute to "The Blue Carbuncle" in the style of Clement Moore's A Visit from St. Nick.


In addition, here are two more holiday-themed episodes of our show that you may find enjoyable: a discussion of "The Blue Carbuncle" and an interview with Peter Blau concerning his Sherlockian Christmas tree: