The Egyptian Curse: A Review

"deeply impressed with the curse" [HOUN] 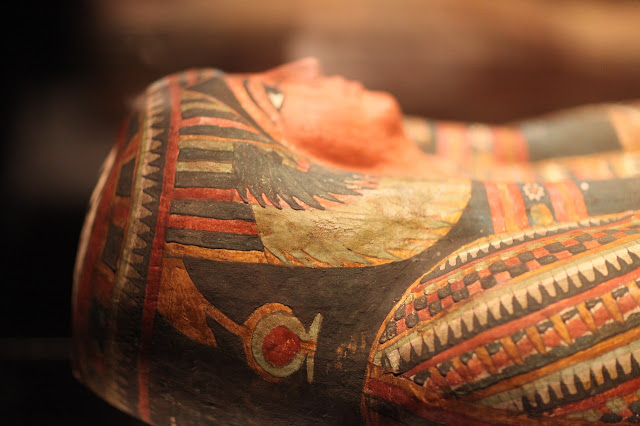 is the third novel in the Enoch Hale-Sherlock Holmes trilogy co-authored by Dan Andriacco and Kieran McMullen. Though it is the third in a trilogy, enough background is provided for it to function as a stand-alone story. It’s a historical novel full of references to famous figures, both real and literary, and a curse of the sort anyone who’s ever heard of King Tut is familiar with.

Hale is an American journalist working in London for the Central Press Syndicate. When his ex-sweetheart’s husband is murdered, and his alibi disappears, he launches his own investigation through Egyptology, literary circles, and golf courses, meeting some of the most famous figures of 1920s London, including archaeologists, authors and a priest with particular significance to the Sherlockian reader.

The novel’s not "action-packed," but the case itself is intriguing and the plot is well-paced. Much of the enjoyment of the book comes from the way it references the mystery genre, making a bit of light fun at itself while at the same time providing an engaging mystery. Agatha Christie herself even discusses at length what exactly makes a good mystery, the very same question Ronald Knox would answer with his “Decalogue of Detective Fiction” in 1929 (and thoughtfully supplied in the back of the book.)

For the record, The Egyptian Curse follows Knox’s guidelines, except perhaps for “no accident must ever help the detective.” Hale is the detective throughout. This is his investigation, and his friend Sherlock Holmes is only mentioned in passing for almost the entire case. It isn’t until we near the end that Holmes’ involvement is made clear, and the ultimate impression borders just a touch on deus ex machina. If Holmes had not earlier refused to get involved, or if there had been just a small scene of him making the decision to investigate on his own, it wouldn’t have bothered me so much.

That being said, Hale is excellent at assembling facts and piecing together a logical story from them, a task in which any good journalist would have to be skilled. Where he ultimately fails, and where a great detective excels, is the ability to select the essential facts from the onslaught of information. Holmes has all the same information Hale does, but he is able to distinguish the important facts from the rest, leading him to an entirely different (and entirely correct) conclusion.

The book ends with plenty of potential for further adventures to follow, and I hope to read more of Hale’s adventures, whether they be with or without Mr. Holmes.