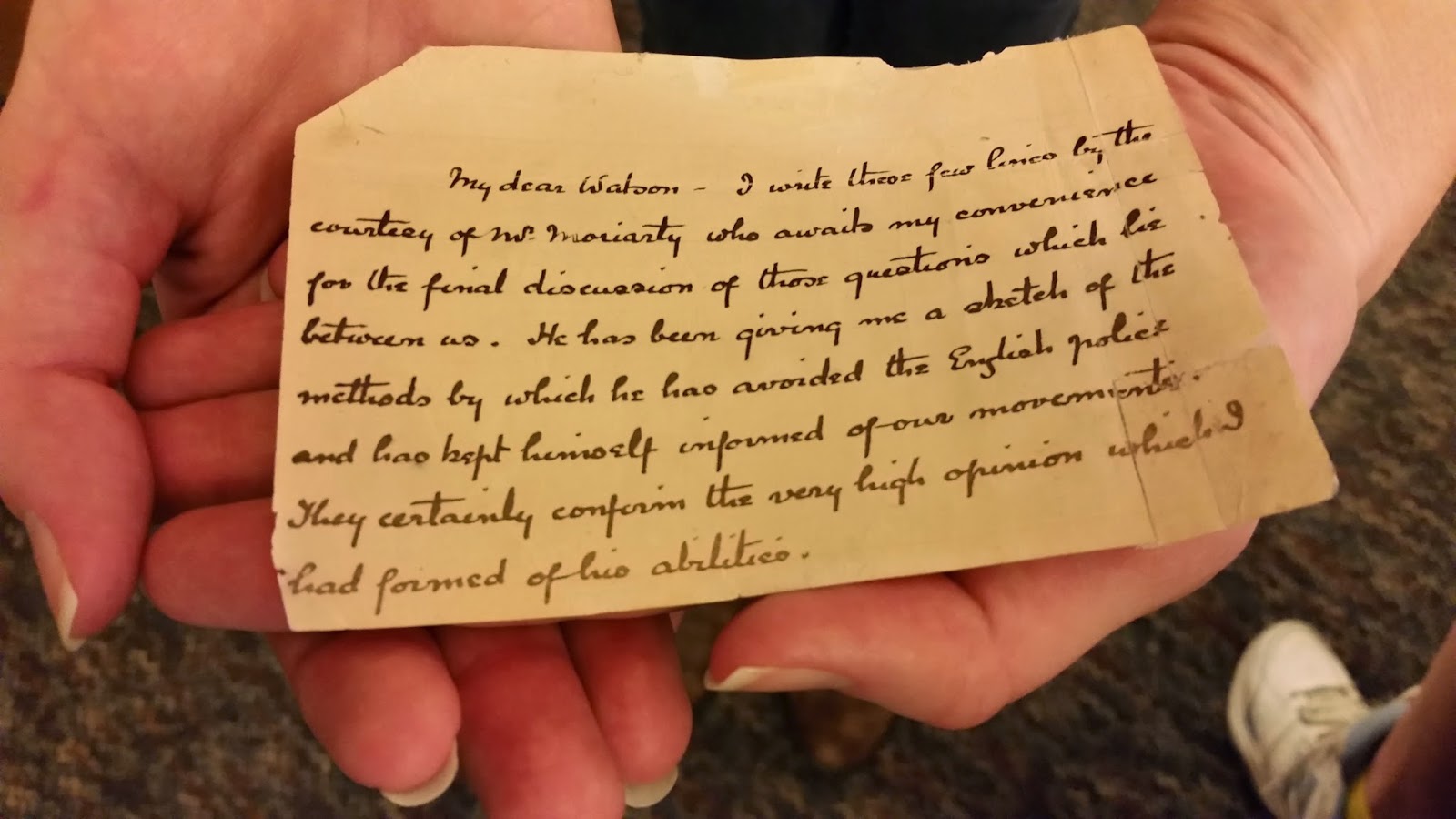 The fifth in our series of recaps of #G2B4


Every Sherlock Holmes event has its own character, its own appeal to those of us "playing the game." From Gillette to Brett brings us Holmes in the visual and audio media, from radio drama to classic black and white film to modern adaptations and interpretations on the small (television) and the smaller screen (computer). While maintaining its unique character, this event also offers something near and dear to the heart of every Sherlockian; in the spirit of the Canonical Holmes and Watson, From Gillette to Brett celebrates friendship. Though the weekend was filled with classic films and fascinating presentations, under "Important Things to Know" in the weekend’s program was the following:


There was a lot of visiting going on over the weekend. People who only knew each other from Facebook, Tumblr, or Sherlockian blogs were able to meet in person. Those who live far apart had a chance to see each other and catch up on each other’s lives. In order to keep things running smoothly at the jam-packed event, the brilliant organizers, Steven Doyle, BSI, and Mark Gagen, BSI, drew names for door prizes at the beginning of each segment of Saturday’s symposium. The prizes were awarded only to those in their seats at the time of the drawing, guaranteeing that most attendees would be in place for the next speaker.

The event began on the lovely campus of Indiana University in Bloomington, Indiana, at the Lilly Library’s rare book, manuscript, and special collections library. The group was deftly divided into two sections to attend a workshop on the Library’s collection of unique bound books, led by James Canary, Head of Conservation, as well as a session on rare manuscripts with Library Director, Joel Silver. Among the rare manuscripts that were available for viewing were a page of the New Testament of the Gutenberg Bible, the First Folio of Shakespeare, a rare copy of Edgar Allan Poe’s “Tamerlane,” as well as an issue of “Beeton's Christmas Annual” of 1887, which contained “A Study in Scarlet,” and a fragment of a manuscript by Sir Arthur Conan Doyle—Holmes’s note to Watson left at the top of the Reichenbach Falls in “The Final Problem.” On display in the Library were other works by Conan Doyle as well. 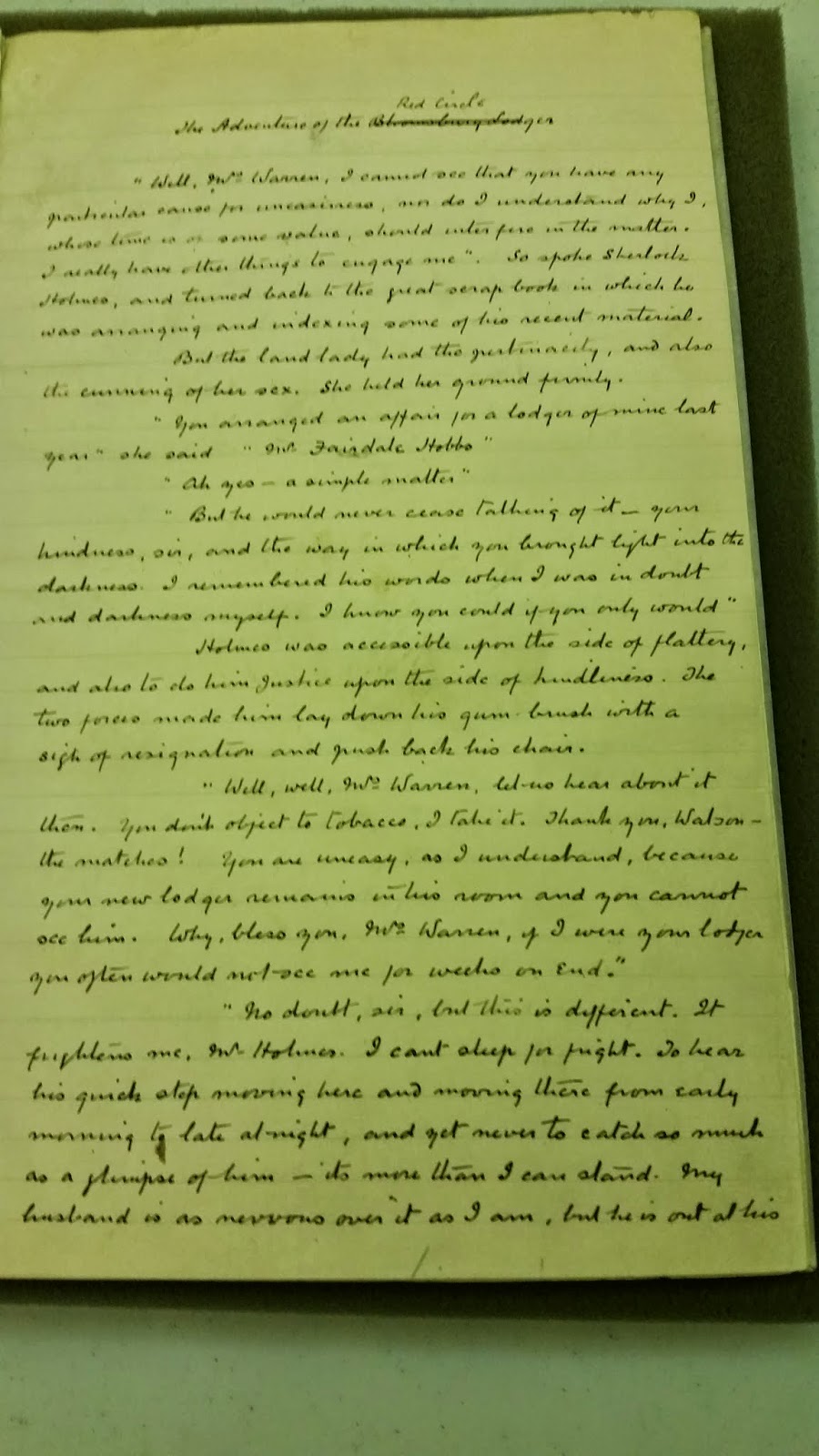 Others have written about the course of the weekend, so there is little need for a detailed rehash of the schedule. Some of the highlights of From Gillette to Brett IV include: 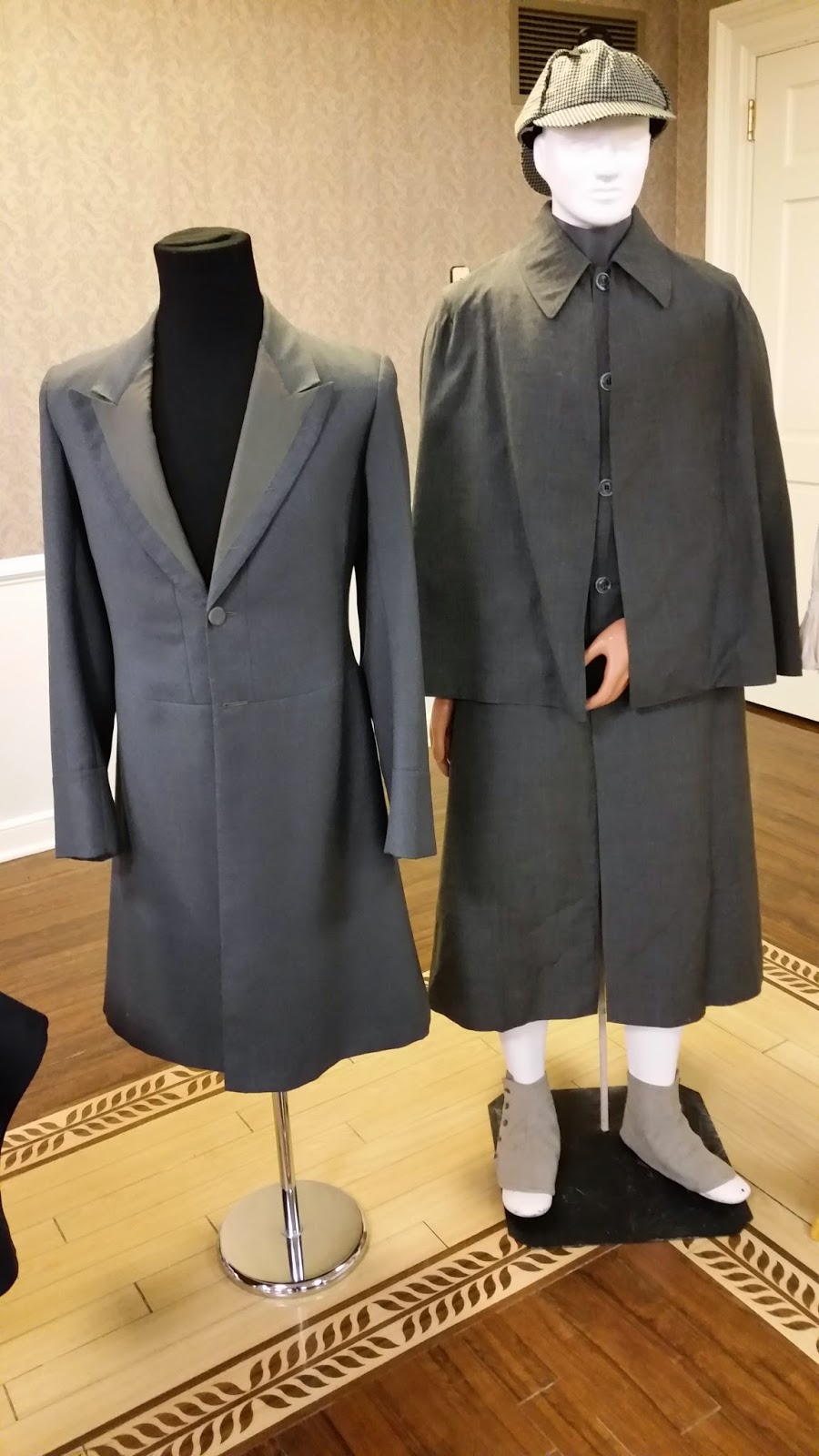 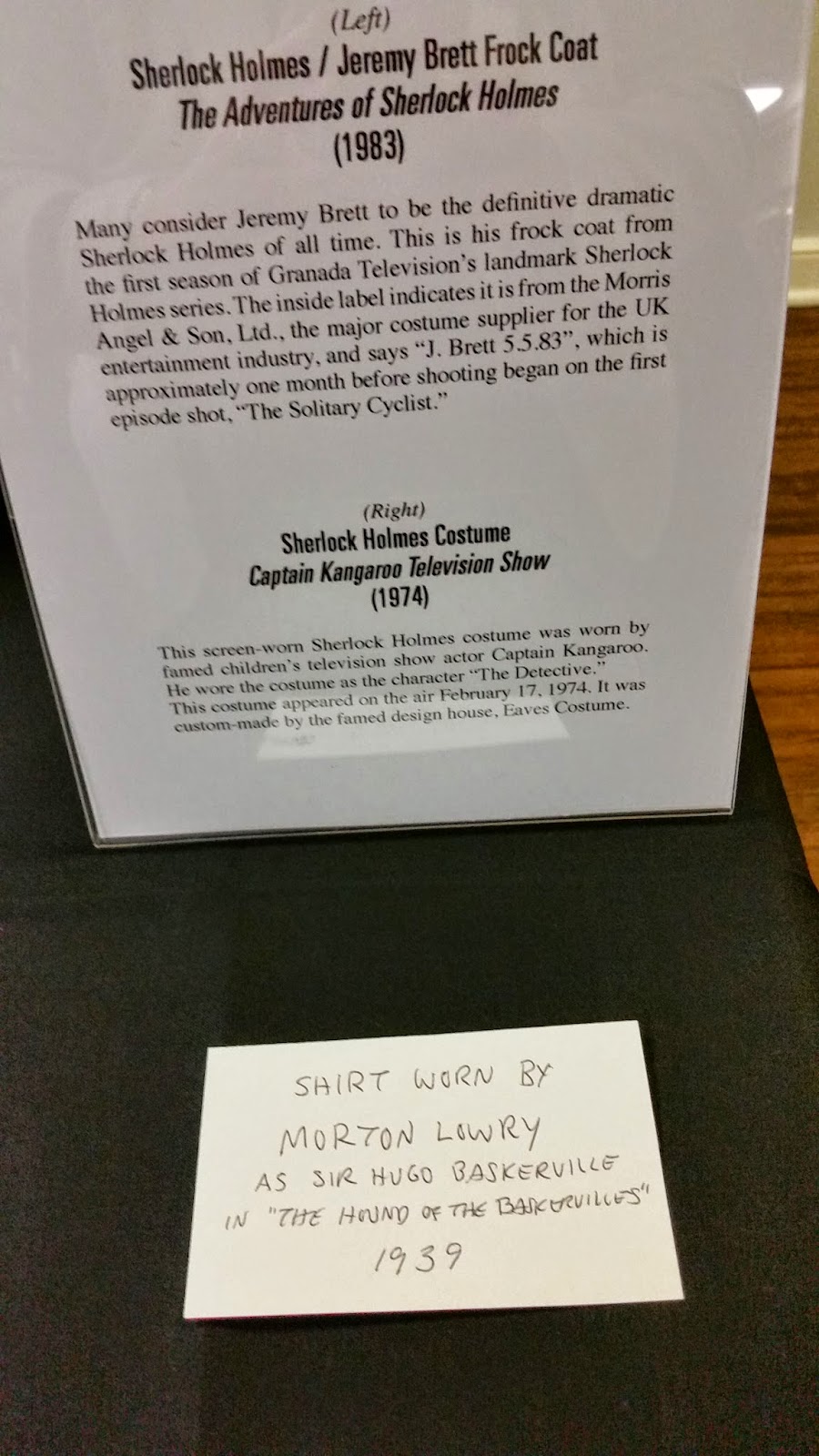 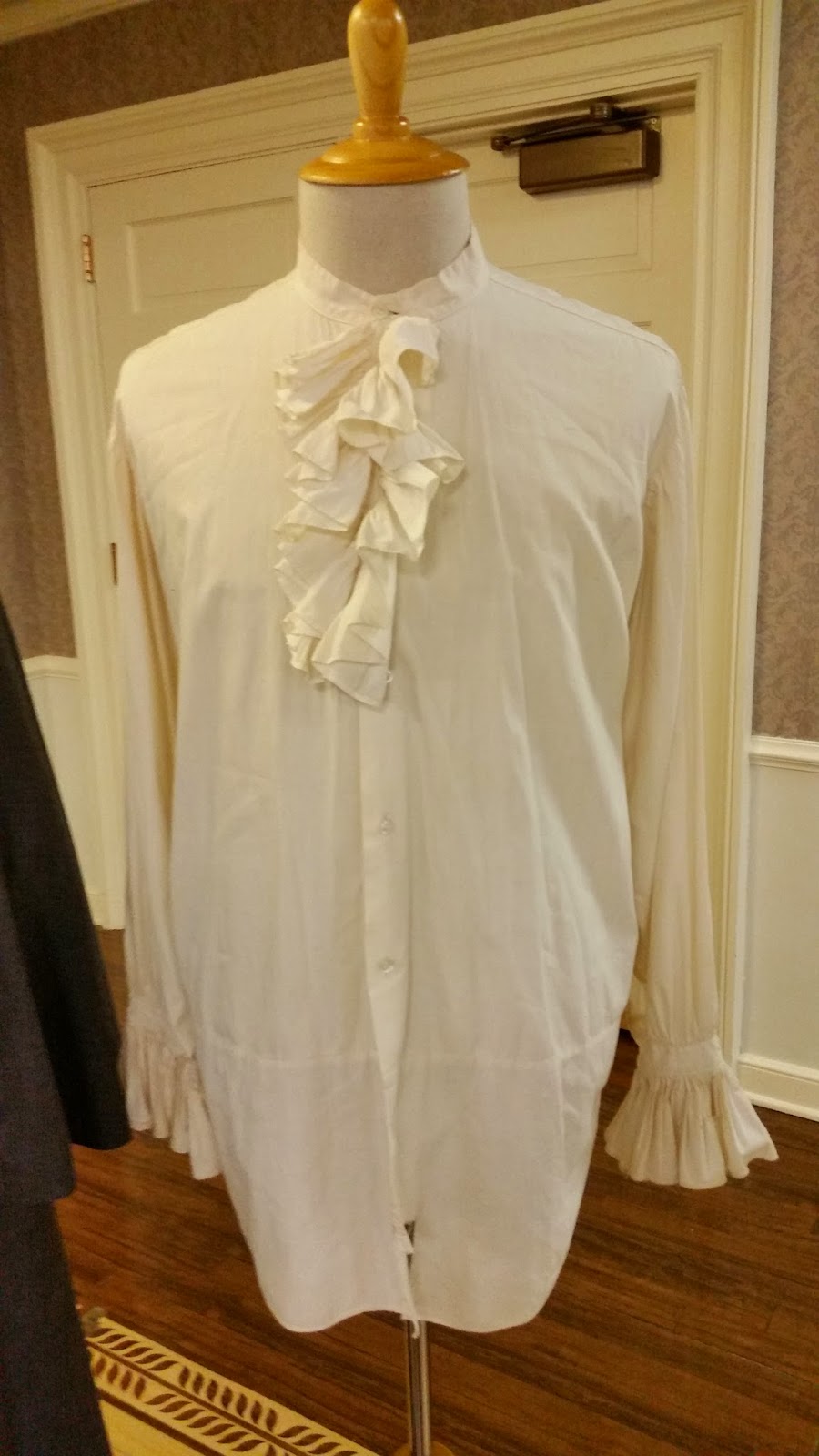 The weekend concluded with a lovely banquet and a tribute to the late Michael Hoey, who had been on the original program but who passed away just weeks earlier. Following the banquet was yet one more delightful film, another 75th Anniversary celebrant, “The Adventures of Sherlock Holmes,” with the Basil Rathbone/Nigel Bruce team, as well as the luminous Ida Lupino. The film was introduced by film studies scholar, Professor James Naremore.

Along with the many planned events, the weekend was filled with small gatherings of Sherlockians in local pubs and restaurants, and more than a few celebrated their time together as the legendary John Bennett Shaw’s "two [or more] Sherlockians and a bottle."

From Gillette to Brett IV was a remarkable achievement (as were its three predecessors) by Messrs. Doyle and Gagen of Wessex Press, bringing together fans of the Canon from all walks of life, many generations, different parts of the world, and differing opinions on just who is "the perfect Holmes." From Gillette to Norwood to Wilmer to Howard to Rathbone to Brett to Downey, Jr. to Cumberbatch to Miller; nearly everyone’s favorite made an appearance or was given a mention at the podium or in a lively discussion.

With apologies to Samuel Johnson, "…when a man or woman is tired of Holmes, they are tired of life; for there is in Holmes all that life can afford."

From Gillette to Brett IV offered more than any Sherlockian heart could possibly desire.