"It is to him that this trophy belongs." [BLUE] 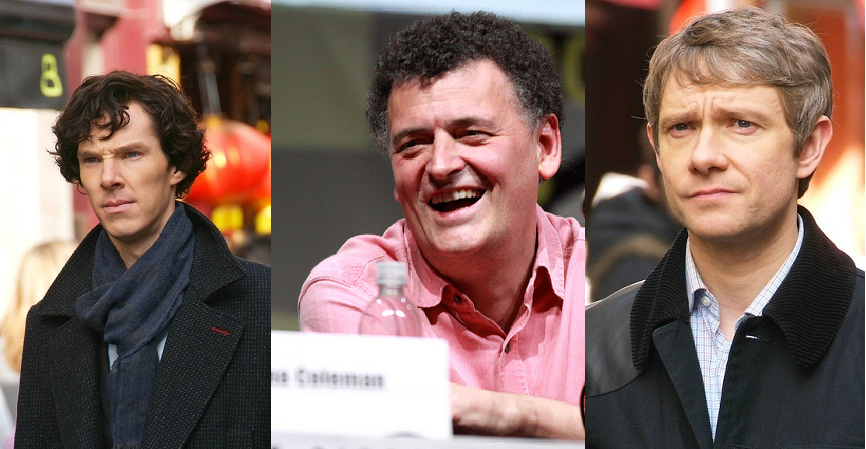 In its third series, the BBC / PBS drama Sherlock has won seven Emmy Awards. Actors Benedict Cumberbatch and Martin Freeman as well as writer and co-creator Steven Moffat each picked up an award during the 66th Annual Primetime Emmy Awards that aired on NBC on August 25.

Benedict Cumberbatch won for Outstanding Actor in a Miniseries or a Movie and Martin Freeman won for Outstanding Supporting Actor in a Miniseries or Movie. Freeman had been nominated in the same category in 2012 and received a BAFTA for Best Supporting Actor in 2011. Cumberbatch won a Critics Choice Award in 2012 for Best Movie/Miniseries Actor and had been nominated for an Emmy in 2012. Interestingly, he was up against Freeman in this category this year.

This also marked Steven Moffat's first Emmy win for Outstanding Writing for a Miniseries, Movie or Dramatic Special, an award he received for the Sherlock episode "His Last Vow." In his speech, he called out Mark Gatiss, whom he said deserved to be up there with him, as Sherlock was just as much a product of his work as it was Moffat's.

Here is a playlist of the three nominations and/or speeches.

The full array of nominations and wins can be seen below: