About the Sherlock / Doctor Who Crossover

"there lives a young doctor who" [RETI] 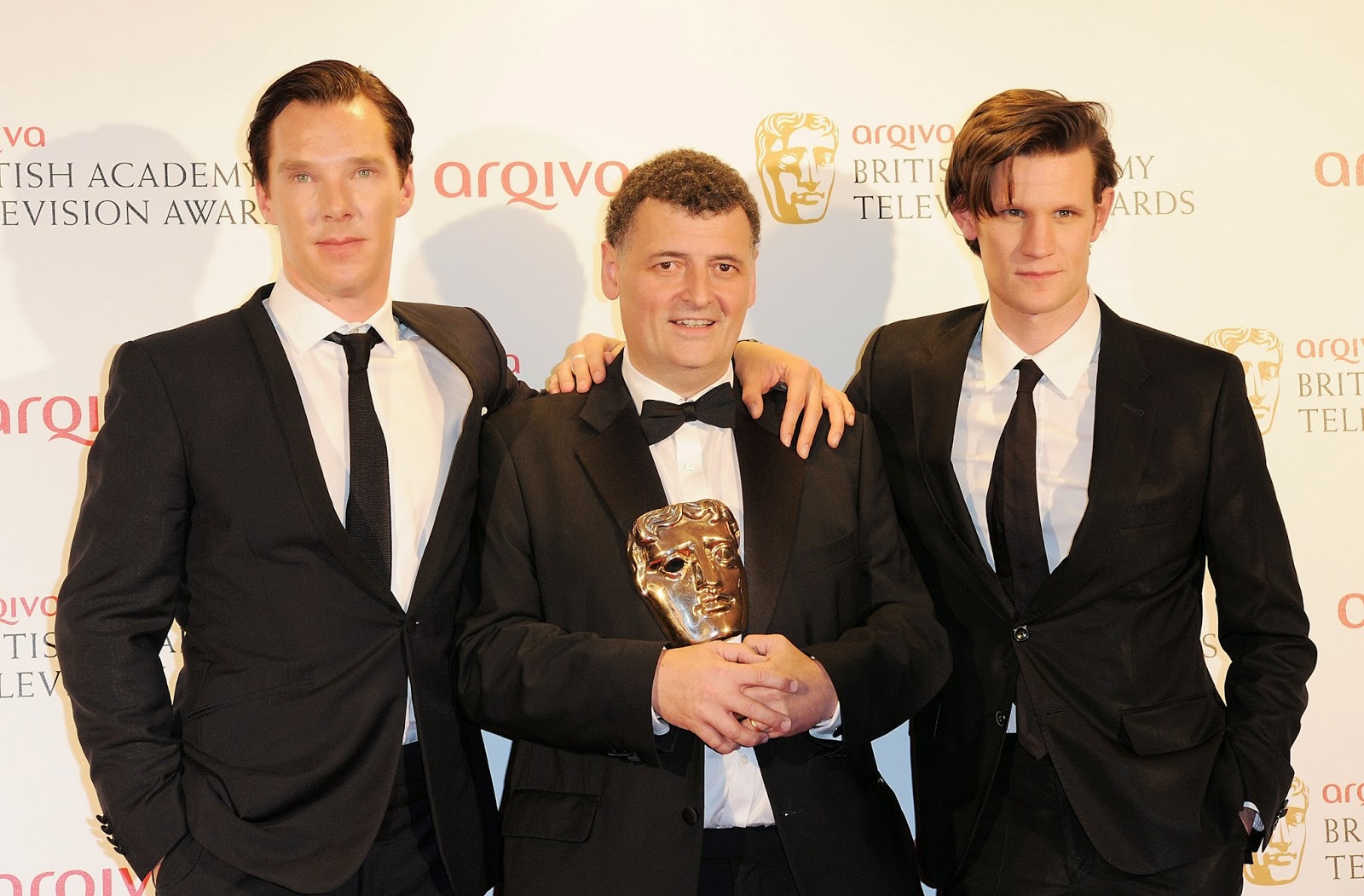 Fans of the Steven Moffat/Mark Gatiss produced shows Sherlock and Doctor Who have long wanted the modern-day Holmes and the Time Lord to meet. Aside from the usual fanfic, there have been some fairly brilliant fan-created videos, from the melding of Sherlock and eleventh Doctor Matt Smith episodes into a coherent story to Wholock—The Musical. Even Moffat is not immune to the crossover siren call. At a question and answer session after the premiere of the new season of Doctor Who at St. David's Hall, Cardiff, Wales in early August, the showrunner stated that if it were up to him the two would meet.


“Look I’m going to come clean on this: I would… Go speak to Benedict Cumberbatch, Martin Freeman, Mark Gatiss and Sue Vertue, OK? They’re all in the way. I’m not the killjoy, it’s that lot. It’s probably not going to happen.”

Moffat went on to say,

“You know in some ways, I think Mark [Gatiss] has got a point when he says that however good you imagine [the crossover], it would be almost better in your imagination than it would be if the two grand old egotists actually met. They’d just both go off in opposite corners and sulk that there was someone cleverer than them.”


Aside from the continuity problem in which the 2012 Doctor Who Christmas special “The Snowmen” established that Sherlock Holmes was a fictional character created by Arthur Conan Doyle, the mixing of two such different universes presents unique difficulties.

There are fan bases for Sherlock who enjoy it as a smart mystery series and who are uninterested in science-fiction and may even have never heard of Doctor Who. The same is true for Doctor Who fans who aren't interested in mysteries or Sherlock.

Once establishing that Doctor Who’s reality coexists in Sherlock’s reality, does that mean when Benedict Cumberbatch comes upon a mysterious death or baffling crime, he now has to eliminate the possibility that the Daleks or Cybermen were somehow involved? Will he act as consultant for U.N.I.T.?

In a science-fiction universe where anything could happen, The Doctor running into Sherlock Holmes, whether in Victorian times or the modern day, does not seem so odd. But to have The Doctor appear in the real-world present-day London of John and Sherlock would reduce the pair to cartoon. “But are we to give serious attention to such things? This Agency stands flat-footed upon the ground, and there it must remain. The world is big enough for us. No ghosts need apply,” said Holmes in "The Adventure of the Sussex Vampire.” Nor time-traveling Doctors either, he could have added.

Doyle himself resisted crossovers. Of course, Holmes never met the Doyle-created contemporary Professor Challenger, hero of the science fiction novel The Lost World and others. But there was another crossover where Doyle could have earned big money that he turned down flat.

Doyle brother-in-law and fellow author E.W. Hornung created the amateur cracksman (that is burglar and safecracker) A.J. Raffles and his friend Bunny Manders as a sort-of inverted Holmes and Watson. Raffles was a very popular short story series and there had been calls to have that amateur detective and gentleman thief meet. According to Andrew Lycett in The Man Who Created Sherlock Holmes, in 1913 American publisher of Everybody’s Magazine, Trumbull White


“had been lobbying Arthur [Conan Doyle] and Willie Hornung to write a new series that pitched Holmes against Raffles. To this end, he canvassed the support of both William Gillette and Kyrle Bellew, the American actors synonymous with these two characters on stage. On a previous visit to Windlesham [Doyle’s home] he had found Arthur very hospitable, but unenthusiastic about the idea for a series. Returning to England…he still hoped to bring Holmes and Raffles together, claiming he could guarantee Arthur $100,000 in revenues if this went ahead. Unmoved, Arthur sought to fob off on the American with something from the bottom drawer.”


In pastiche Holmes has worked with or against Tarzan, Dracula, Dr. Jekyll, Fu Manchu, and many other fictional characters. And fun though it might be, that’s where Sherlock Holmes meeting Doctor Who should stay, in pastiche. Let's hope that cooler heads will continue to prevail at Hartswood Films. It's bad enough that Jim Moriarty is able to hijack every video screen in England (or was it just the Greater London area?) like some Whovian alien baddie, we don't need Ben and Martin to come face to face with Zygons as well.

The twelfth Doctor Peter Capaldi will premier in the new season of Doctor Who on BBC One on August 23.
Who knows? Perhaps the argument is still open for debate. And then we might all be treated to a Whodunnit...