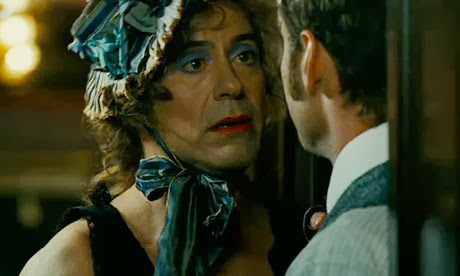 The Sherlock Holmes stories always inspire fun costumes for Halloween (or Guy Fawkes' Day, if you're from across the Pond). We're certain that there will be a number of kitschy plastic faux-Meerschaum pipes and large houndstooth-checked deerstalkers making their way across neighborhoods.

Certainly this year we're likely to see more Cumberbatch-Freeman impersonators than ever before, with long trench coats and wool jumpers within practically anyone's reach as far as shopping goes.

But what about the more creative? Certainly we know that Sherlock Holmes himself was no stranger to disguise. Throughout the Canon he could be seen as a bookseller (EMPT), clergyman (SCAN), priest (FINA), workman (CHAS), groom (SCAN), opium addict (TWIS), dying man (DYIN), loafer (BERY), sailor (SIGN), Irish-American spy (LAST) and even a woman (MAZA), among others.

So if Holmes could be so clever in his costume choices, where does that leave you? Perhaps as a version of the Hound of the Baskervilles, or Black Peter (assuming you can get away with carrying around a harpoon - bonus points if you do so with it sticking out of your chest). Or as Dr. Grimesby Roylott, with a snake coiled around your head.

Perhaps you'd care to be someone from the unwritten tales, such as Ricoletti of the club foot (and his abominable wife), Wilson the notorious canary trainer, or James Phillimore (umbrella not required). If you're a woman you could mix metaphors and wear a nametag reading "Alicia" and have scars up and down your arms ("the cutter Alicia" - THOR).

For our money, the most creative Sherlockian costume we've seen was some years ago at Autumn in Baker Street, worn by our friend John Baesch, BSI ("The State and Merton County Railroad"). As you know, 1895 is a big year for Sherlockians - not only because of the Vincent Starrett poem, but because a number of tales took place that year and a good number of the untold tales were mentioned in that time.

Of course the opening of "The Adventure of Black Peter" contained a wonderful paragraph that perfectly illustrates this point:


In this memorable year '95 a curious and incongruous succession of cases had engaged his attention, ranging from his famous investigation of the sudden death of Cardinal Tosca - an inquiry which was carried out by him at the express desire of His Holiness the Pope - down to his arrest of Wilson, the notorious canary-trainer, which removed a plague-spot from the East End of London. Close on the heels of these two famous cases came the tragedy of Woodman's Lee, and the very obscure circumstances which surrounded the death of Captain Peter Carey. No record of the doings of Mr. Sherlock Holmes would be complete which did not include some account of this very unusual affair."


So imagine our surprise when John, a very staunch Catholic, showed up to the Gasfitters' Ball on Saturday evening at AIBS - typically a formal affair - in jeans, a baseball cap and a baseball jersey. The question arose immediately:
"Who are you supposed to be?"
"Cardinal Tosca." 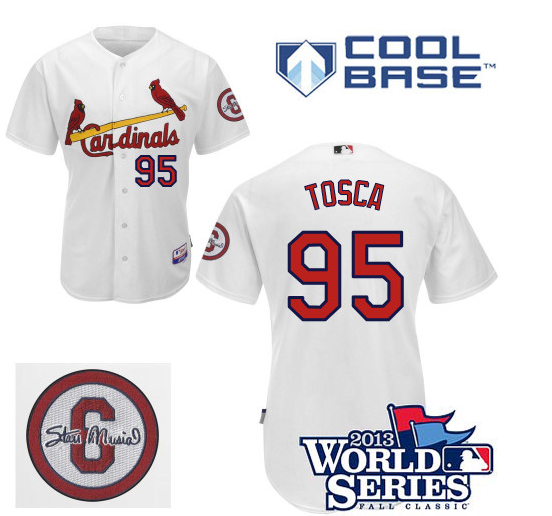 If you'd like to order your own Cardinal Tosca jersey, the MLB.com store will be happy to take care of you. And if you're interested in reading Murder in the Vatican: the Church Mysteries of Sherlock Holmes by Ann Margaret Lewis, our sponsors at the Wessex Press would be glad to hear from you (mention IHOSE upon checkout).

So, we have to ask: is there a creative Sherlockian costume you've seen? Or perhaps one you'd like to see? Leave us a comment below.