Celebrating 25 Years of Without a Clue 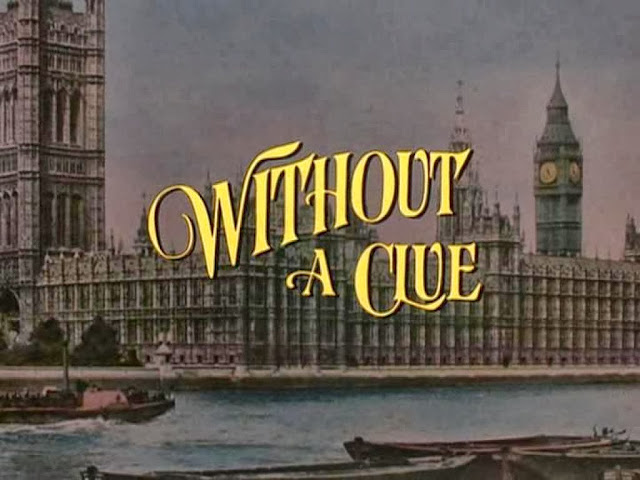 It seems nearly impossible to believe, but today marks the 25th anniversary of the opening of the 1988 film Without a Clue, starring Michael Caine and Ben Kingsley. While the premise - that Sherlock Holmes was fictional - may seem absurd to us today, the comedic elements of the film made it a lighthearted romp through what might have been.

Our hero, Sherlock Holmes, is shown to be nothing more than a profligate drunkard of an actor, hired by Dr. Watson (known to himself as "John Watson, the Crime Doctor!") to mask his true identity as a successful detective whilst applying for a position in an exclusive hospital.

Much to his chagrin, the character actor becomes popular and the public (and later Watson) can't seem to do without him. It was a case of art imitating life, as another doctor - one A. Conan Doyle - was resigned to the same fate as the Crime Doctor.

As we recall, there were a number of Sherlockians who organized special outings to see the screening or premiere of the film. Were you part of such an event? What do you remember? Leave us a comment and let us know.