"kindled at the news" [BERY] 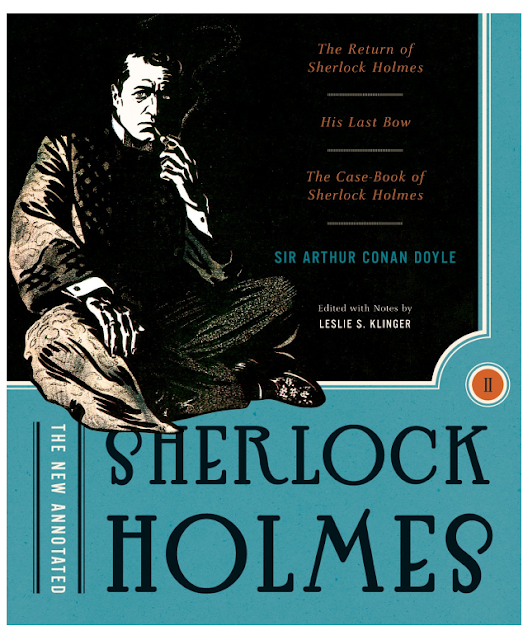 As we previously noted, Leslie Klinger's The New Annotated Sherlock Holmes (Vol. 1) was made available on Kindle in August. In that entry, we also noted a number of other Sherlock Holmes titles available for Kindle users.

But readers wondered: what about the rest of the considerable Annotated oeuvre? The short stories were divided into two volumes and the novels into yet another one.

Well, it looks as if the wait for Vol. 2 is over: you can order a copy of the Kindle version of The New Annotated Sherlock Holmes (Vol. 2) from Amazon. This volume includes the collection of short stories under The Return of Sherlock Holmes, His Last Bow and The Case-Book of Sherlock Holmes.

While we haven't had a chance to review it, some of the early reader reviews on Amazon are quite positive.

No word yet as to when the final installment will be made available, but we'll be there when it is.