"through the votes of the ruffians" [VALL] 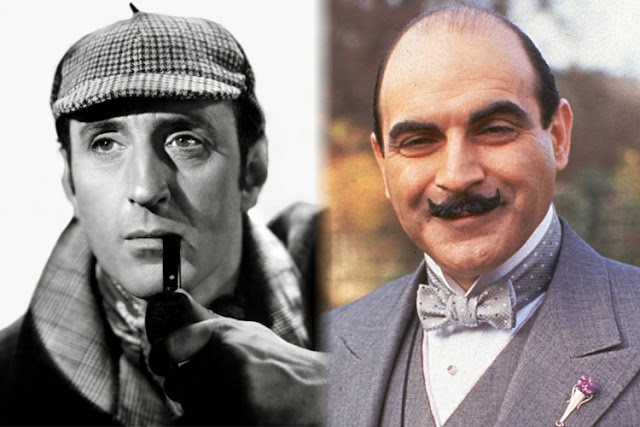 The Crime Writers Association is a United Kingdom-based association for any author who has written a crime novel. Founded in 1953 by John Creasey, it currently has over 600 members and its annual awards are called the Daggers.

In honour of its 60th anniversary, the CWA has asked its membership to vote on superlatives in the categories of Crime Writer, Crime Novel and Crime Series. While the association's vote will be secret until November 5th, you have the opportunity to cast your vote now.

When we went to press, Agatha Christie was leading the best crime writer category, and The Murder of Roger Ackroyd was the public's favourite for best crime novel; Sir Arthur Conan Doyle and The Hound of the Baskervilles were in second place in each respective category. Sherlock Holmes was in the lead for the best crime series.

Can't we do something about this, fellow Sherlockians / Holmesians / Doyleans? Please cast your vote below. 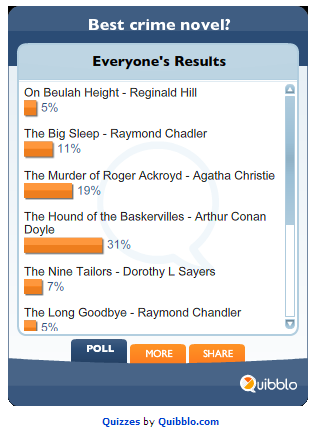 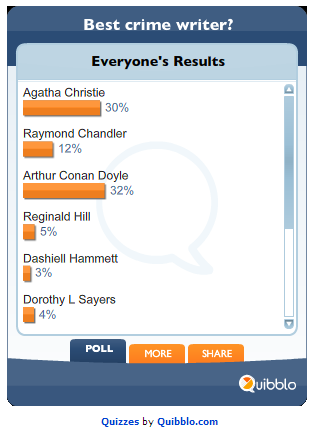 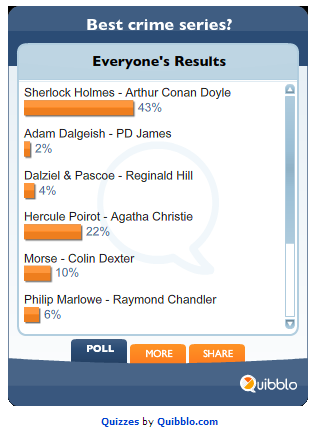 Also, we'd appreciate you sharing this post with your network - Facebook, Tumblr, Twitter, email, etc. - please pass it around so the Master and the Literary Agent can have their rightful place of honour.

And not to worry: if the CWA membership doesn't mesh with the votes of the general public, you'll still be able to hear the discussion about it if you attend the WhoWunnit? event at Foyles Gallery on Charing Cross Road.

UPDATE (November 11, 2013): The Crime Writers Association has weighed in with its official results: